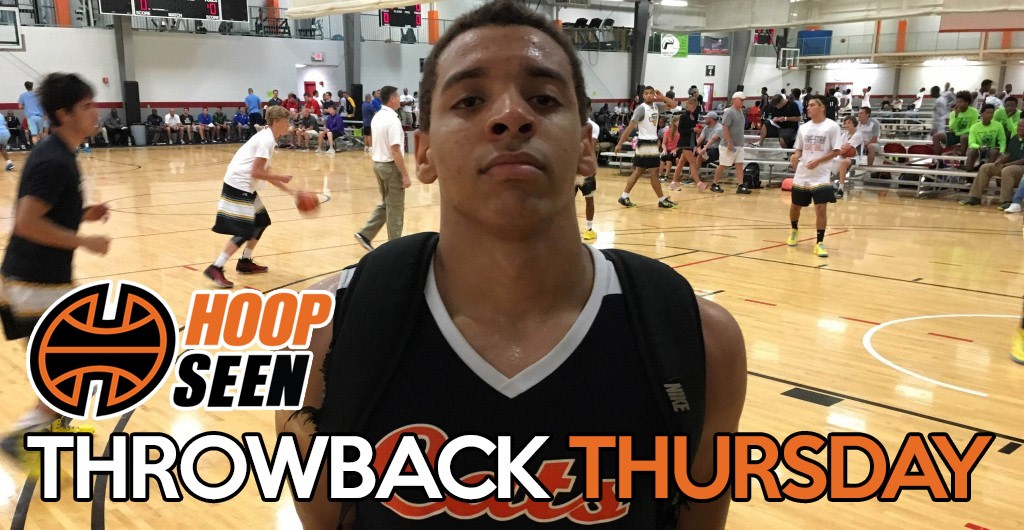 You’ll have to Google Celina, Tennessee just to know anything about it.

What Google won’t tell you is this - The small town is home to Tyreke Key, basketball star.

Key defies the “you can’t be from a small town and be recruited” theory that sometimes gets tossed out there in the travel basketball community. If you’re good enough, they will find you. Key is certainly good enough. And he had plenty of people looking at his skill set.

His prep career was legendary in the state of Tennessee. He helped Clay County win a Class A state title. He was Class A Mr. Basketball. He earned all of the awards. With his 3,287 career points, Key is 10th most in state history. He broke Tony Delk’s single-season scoring record and averaged 37.3 points a game. We can go on and on about his career at Clay County.

We wrote this about him at the 2016 Best of the South:

Tyreke Key is a popular guy here at the Best of the South. And he should be.

The 6-foot-2 guard from the Tennessee Bobcats is one of the best scorers in the tournament and has given recruiters plenty of things to think about.

Key pumped in 27 points to open the Friday schedule up did so against a good Team Blueprint team. College coaches lined up from end to end to watch the guard from Celina (TN) Clay County High School.

Key said he currently holds offers from UT Martin, Tennessee Tech, Furman and Evansville, he said. All of these programs have seen him so far at the Best of the South.

Head coaches from Murray State, Western Kentucky, Lipscomb, and Northern Kentucky have all logged hours watching Key here at the Best of the South, too.

Indiana State knew it, too. They came out and watched him play several times. Now Key is the team’s leading scorer for the second straight season and one of the top three scorers in the always-tough Missouri Valley Conference. He’s already scored over 1,000 points in his career for the Sycamores.

He’s halfway through his junior season. The book on him remains the same as it always has - he’s about buckets. Lots of them.

Key didn’t play on a shoe circuit. He shined at the Atlanta Jam, helping his team win a title in 2016.

A lot of big-time college players take a similar path. Talent rises to the top, no matter the platform. We saw with Key when he was a Tennessee Bobcat. And we’re seeing the same story play at for him as a star at Indiana State.