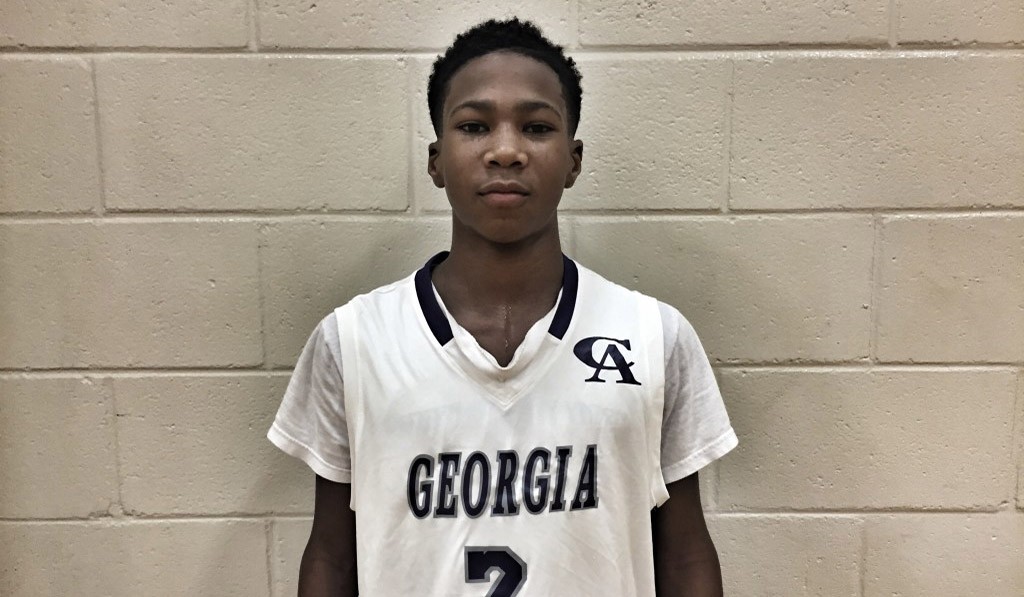 In 2016 at the US Amateur Nationals, there was a plethora of talent and some of Georgia's very best prospects from the class of 2020 in one of the best middle school games we’ve ever hosted.

The game featured an epic battle of several players that just signed with colleges over the last seven days. The match-up of note pinned Deivon Smith and Georgia Class Act against Dwon Odom and the Atlanta Celtics. The game was chock full of high-end talent around each of those players. But that was the guard battle that jumped off the pages.

In the 14U division, the matchup between the Atlanta Celtics and Georgia Class Act Academy was one of the most highly anticipated games of the tournament. And it lived up to the hype. Both teams went back and forth and made some amazing plays. However, the point guard matchup between Deivon Smith (pictured) of Class Act and Dwon Odom of the Celtics was very entertaining. Both guys carried their teams through important stretches of the game, but it was Smith who got the opportunity and capitalized, hitting the game-winning shot for Class Act at the buzzer to win by one. Smith finished with 15 points, while Odom had 21.

Georgia Class Act won 56-55. In another story recapping the game, we wrote:

“Frank Gilliam, who finished with nine points off three three-pointers, had a chance to either tie or win the game with five seconds left from the stripe. Gilliam missed the first and had his second attempt role off the rim. In a mad scramble Deivon Smith, the smallest player on the floor, came away with the ball. The future Grayson Ram tossed up a layup at the buzzer to win the game.

Funny how things can change. Smith, now a top 50 national prospect and a future Mississippi State Bulldog, is no longer “the smallest guard on the floor”. He’s a titan of a player and one of the premier guards in the nation.

But so is Odom. The Xavier-bound guard is a legit Mr. Georgia Basketball contender. As an eighth-grader, he was rising up and dunking on the competition.

Also in the game was Caleb Byrd, who is now headed to Georgia Southern. For the Atlanta Celtics, Kentucky-bound Brandon Boston and Auburn-bound Justin Powell were also in the backcourt.

Georgia Class Act went on to win the National Championship that weekend.

Fun battles happen at the US Amateur level of our HoopSeen platform. Stories start. Rivalries grow. Players emerge. It is fun to watch history play out.

Will your program be next in 2020? Check out our schedule HERE.