April roundtable: Who are the stock-raisers? 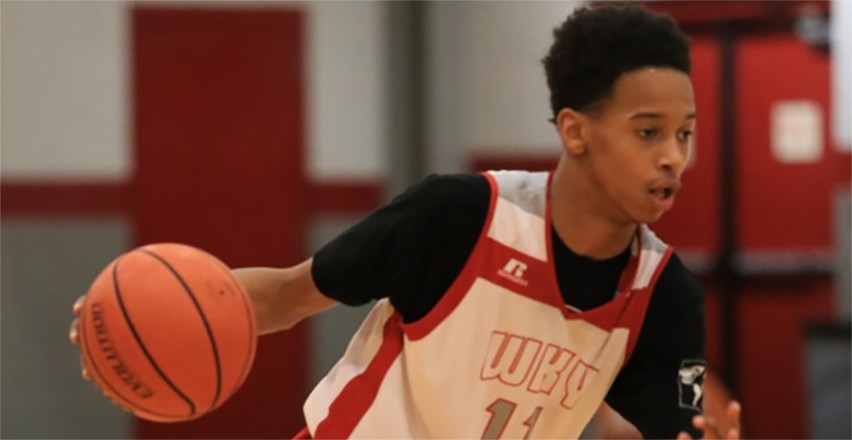 Our staff watched a lot of games in April. We were all over the place and saw players and teams from all levels. Now that the NCAA Live Period is over, we wanted to jump into a group discussion about what we saw. Today we asked our staff: Whose stock could see you hitting the next level because of their play this past month?

Expect for things to really get going with David Beatty. Yes, everyone wants that big time shooter of the basketball, something that the Philly Pride guard continues to develop. However, where the 6-foot-3 junior brings his greatest value is in showcasing elite toughness and a major chip onto the playing floor. Indiana, Temple, and Pitt are the latest to get involved with the eastern Pennsylvania recruit, though it should ramp up greatly in the coming weeks. Beatty is going to be a guy that wins every 50-50 ball, defends various spots on the floor, and has the gusto to take and make the game winning shot during crunch time situations. - Corey Evans

2017 Carolina Wolves shooting guard Christiaan Jones picked up his first scholarship offer from Charleston Southern at the Atlanta Jam because of his impressive shooting ability. In fact, he made 20 three-pointers in four games at the #ATLJam. That will get you noticed, and several schools have been in to see him over the past few weeks. With offers in hand from Charleston Southern and Maryland Eastern Shore, it’s just a matter of time before they start coming in waves for Jones. Everyone is going to need shooters at the next level and he has proved he can do just that. Expect a variety of low-major and mid-major schools to be involved with him. - Garrett Tucker

Georgia Stars 16U point guard Will Richardson could be that guy. Richardson is one of the most trending players in Georgia’s 2018 class and he has shown why this spring. He currently holds an offer from Georgia; however, expect that list to grow over the course of the next year. - Carter Wilson

I have a long list of guys that fit this question perfectly. Zach Jacobs of River City Reign will be a popular guy with the high academic programs. The 6-foot-7 big man was great at the Atlanta Jam. In Georgia, keep an eye on David Quimby of Albany Dougherty. He was one of the best scorers we saw in the building at the Norman Parker Showcase. Tyreke Key of the Tennessee Bobcats made you take notice as he pumped in the points en route to an Atlanta Jam championship. Jaylon Hall of Western Kentucky Elite is a long 6-foot-5 combo guard with a very high ceiling. All four of these guys are terrific sleepers to chase down for mid to low-majors.  - Justin Young