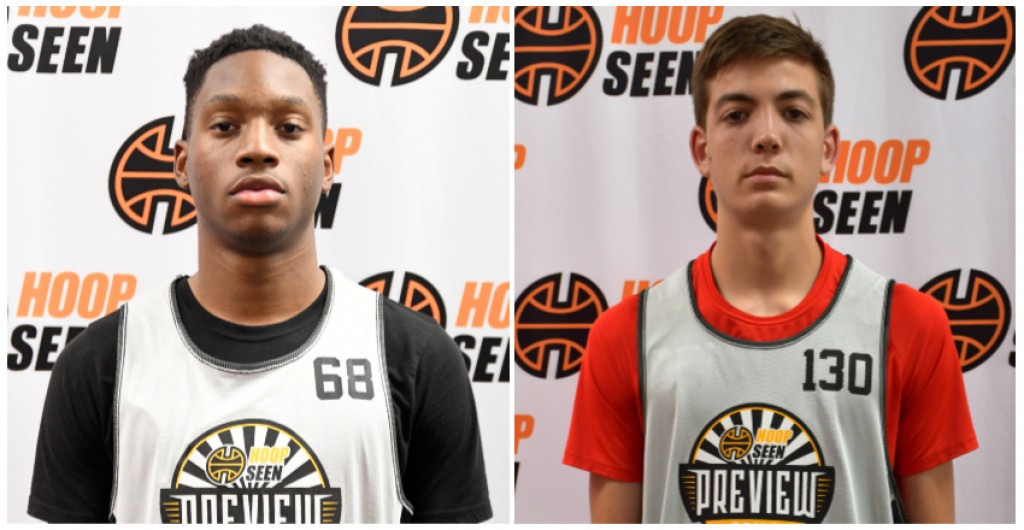 The first session of our Georgia HoopSeen Fall Preview camp is in the books and our staff of evaluators and coaches have gone through their notes of every player in the camp. Every. Single. One. Today we look closer at Team 11 from the camp.

James Davis, Wren, 2022, SG: Shooting guard with point guard size, quick first step off the dribble, scores from the perimeter.  To maximize his size, I think James would be a good scoring point guard because of his speed and three point-scoring ability.  Average ball handling, could develop into a good ball handler with daily reps and practicing.  Good on-ball defender with good footwork.

Ryan Landers, Walnut Grove, 2020 SG: I know he is listed as a 2 guard, but I believe he could develop into a combo guard while doing so would up his recruitment.  Athletic, strong body with decent handles, good change of direction moves, and always in attack mode.  Overpower smaller guards in transition and paint touches.  Gets to the rim with ease off the dribble while finishing.  Live on the free-throw line.  Can shoot the 3 ball, passes the ball well with both hands.  Good plus rebounder and defender, but could be a great defender if he pushes himself.

Kaleb Matlock, Warren East, 2022, SG: Physical guard, plays with high energy on both sides of the ball, understands good shot selection, a college line 3 ball and mid-range shooter with good efficiency.  Can finish at the rim with both hands. Defends his position well. Rebounds the ball effectively from the guard position. Very coachable, good teammate and follow instructions.

Bryce Tidwell, Mill Creek, 2023, G: Quick guard uses both hands when attacking and finishing at the rim.  As a small guard Bryce has a nose for the ball as a good rebounder from the weak side with successful put-backs.  Doesn’t shy away from contact from bigger players.

Alex Walters, Lovett, 2021, SG: Long wing guard with great form and release on the shot. Catch and shoot, off-ball screen shooter.  Good rebounder with long arms.  An average defender with a good upside because of his length with the teaching of correct defensive angles.  Doesn’t take-off plays.  Happy for teammates success.

2021 PF Isaiah Nelson-Ododa was named one of our top overall performers from the 2019 Georgia HoopSeen Fall Preview I. Click HERE to read more about his performance.

2021 F Tyler Shirley was named one of our top overall performers from the 2019 Georgia HoopSeen Fall Preview I. Click HERE to read more about his performance.