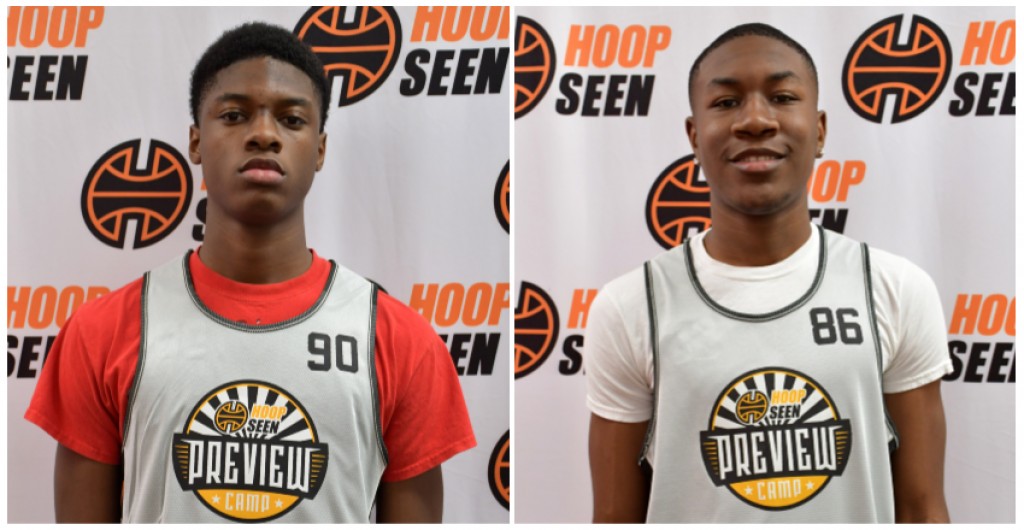 The first session of our Georgia HoopSeen Fall Preview camp is in the books and our staff of evaluators and coaches have gone through their notes of every player in the camp. Every. Single. One. Today we look closer at Team 9 from the camp.

Jamil Aleem Newton, 2023, PG: The youngster controlled what he could control in this setting. He plays hard and listens well to the coaching that was offered up. As he improves his shot mechanics and ball-handling, his confidence should grow too.

Jaquavian Florence, South Atlanta, 2020, G, : At one point during our camp Jaquavian Florence could not miss any attempt he put up. His stroke was effortless as he would come off of ball screens and make sagging defenders pay for the space. When put in a situation to get to the rim, Florence would use his big body to bounce off of defenders. As so many players seem to be rushed, Florence was the complete opposite. His patience allowed him to properly read the defense and make the right decision.

Khameron Hill, Richmond Hill, 2023, PG: An active player that listens and plays hard. The 5-foot-9 guard has a nose for the basketball. There were times when he was tentative to shoot but found himself near the basket often.

Jaylen Jackson, Douglas County, 2021, WF: Jackson didn’t leave too many stones unturned in regards to showing his ability to score the basketball. While his defense remains his strongest feature, Jackson would score in bunches from both the perimeter and getting to the rim. There has been an uptick in his shooting as he looked more comfortable than his showings in the spring. As he settles in to his new role at Douglas County, Jackson looks to be trending towards being a nice sleeper prospect in Georgia.

Jordan Johnson, Johns Creek, 2020, PG: A quick scorer that can get to the basket, Johnson was able to get deep into defenses for scores. He uses his first step to open up space for himself and hit quick pull-up jumpers. Johnson made some shots off the bounce to open the driving lanes, too. He is a good distributor and changes pace well.

Jaden Young, Mount Vernon Presbyterian, 2023, PG: A speedy guard that can go by people with the dribble, Young was at his best when the game was played up-tempo. He finished well at the rim in transition. With added confidence, his game should grow.

Sutton Smith, Denmark, 2021, PG: One of the smartest guards in the camp. Smith showed off his good ball-handling skill and knifed his way through defenses with it. Smith showed that he can knock down shots off the bounce and in the open floor. He’s a confident player with the ball. As he grows into his game and plays more minutes of high-level basketball, added on-court vocal leadership will help his point guard value grow even more. Smith was one of the top floor generals in the camp.

2023 SG Chi Shannon was named one of our top overall performers from the 2019 Georgia HoopSeen Fall Preview I. Click HERE to read more about his performance.