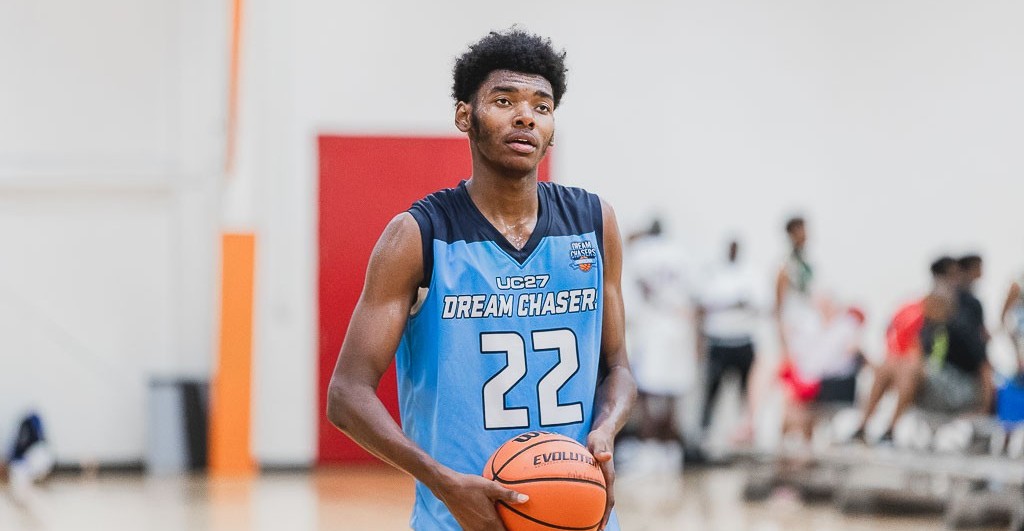 The Bob Gibbons Tournament of Champions originated in the state of North Carolina 26 years ago. So, it only made sense to start our state-by-state coverage from the 2019 event with the HoopState. These guys were the 17U standouts from North Carolina over the weekend.

These players were also standouts:

Jaylen Gibson, UC27 Dreamchasers 17U-
I was interested to watch Gibson after the amount of calls I received after the April live period. For the most part, the calls were spot on. The most used word in those conversations was potential. Gibson has only been playing three years and that shows in some of his game. He does things that a player of his stature normally does not do. He can handle the ball in transition and made a few defenders miss. The 6-foot-11 big man has a huge wingspan and extra large hands. He spent the live period in April playing with Team Wall but has since moved back to his hometown team coached by DeShannon Morris. He will be able to progress at his own pace and work on fundamentals more with the level of competition not being so fierce night in and night out. Gibson is one to keep an eye on, as Providence, Houston, Temple, Rutgers, and South Florida.

Carter Whitt, Team Loaded NC 17U
Playing up a division in 17-under, Whitt is our No. 4 prospect in the 2021 class for HoopSeenNC. The floor general is a facilitator with an ability to create for himself. He is a vocal point guard that can see the floor well and has a high basketball IQ. He reads defenses and knows where to put the ball in transition or in the half-court. He holds offers from Boston College, Florida, Clemson, Liberty and High Point.

Kahari Rogers, Team Charlotte 17U
Motor is what I first noticed about the 6-foot-6 wing out of Charlotte. He never seems to get winded and is always giving each play his all. He rebounded at a high rate over the weekend and along with AJ Smith was one of two Team Charlotte players to be named All-Tournament. Rogers already holds offers from Hofstra and N.C. A&T. He said he has been getting some interest lately from Say yes have both offers and interest from Mercer, Radford, College of Charleston and Wofford.