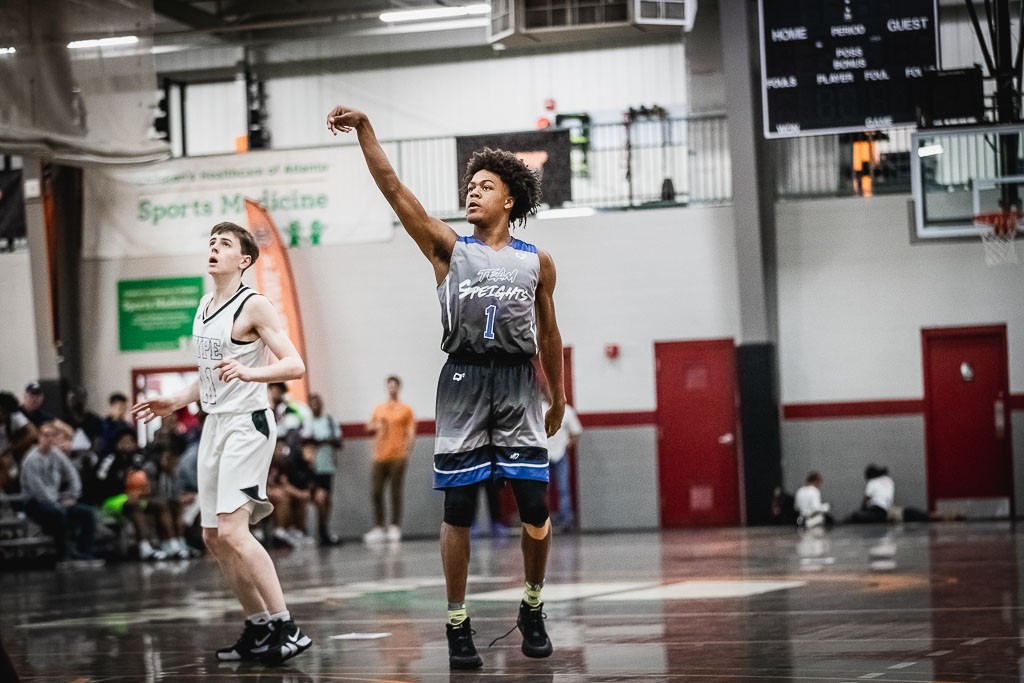 Picking our HoopSeen Player of the Year for independent teams was no easy task this year. The requirements were this award were simple: who was the single most impressive and valuable player that we had our HoopSeen circuit this year?

We asked our staff - six writers and evaluators deep -  this question and polled our staff. Team Speights point guard Dionte Blanch was our winner by a vote.

He committed to Murray State last week, something that we teased in Fastbreak Friday. He joins a long lineage of ultra-talented guards to suit up for the Racers. Blanch could be, rather he should be, next in line to be great there in western part of the state of Kentucky. Blanch has wow factor ability in his first step. He has wow-factor ability when it comes to taking over a game.

Blanch caught our attention on the first night of the Atlanta Jam, our spring NCAA Live Period. That was the first time he has played on the HoopSeen stage. The first impression was a lasting one. Our Tai Young wrote:

“With a baseline packed with coaches, Blanch provided some of those "little things" that most throwback coaches would appreciate. So far, Blanch would get the nod if our all-defensive team was created today. Offensively, there's some poise to his approach that would make you check off the distributor's box before that of a scorer. His setups for the night were timely and mostly on target as he split time at both guard spots. Teams that press, junk up the game and look to punish others for 40 minutes should prioritize Blanch. At this point, Blanch claims offers from Bethune Cookman, Louisiana Tech, and Missouri State.”

Murray State was there that night. And they never took their foot off the gas in recruiting the Floridian. Blanch was one of the top three performers from the weekend back in April. After that event, his recruitment blew up. But he knew back in June that he wanted to get to Murray State and take an official visit.

Fast forward to July and Blanch was at it again. But this time he was even better.

With college coaches wrapping the court every time Team Speights played, Blanched delivered. Once again, he was a consensus pick for our top performers report. We wrote:

One of the true elite guards at the 2019 Best of the South. The Floridian was the target of some of the best mid-level head coaches in the country throughout the week and he justified their time spent at the Georgia World Congress Center. Blanch was a blur with the ball as he drove past defenders with ease. His first step is a deadly trait and he picked apart any defense that tried to contain him. Perhaps the most encouraging part of his game is a continued improvement as a perimeter scorer. Blanch left quite an impression with his play and should be the number one priority for a number of schools now that we push into the end of summer/fall visit tour. Blanch was just outstanding.

Pound for pound, Blanch was one of the best guards to suit up on our HoopSeen stage over the last five years. It wouldn’t come as a big surprise to see him be a go-to star for Murray State in the near future.