Top overall performers at the 2019 HoopSeen Best of the South, part I 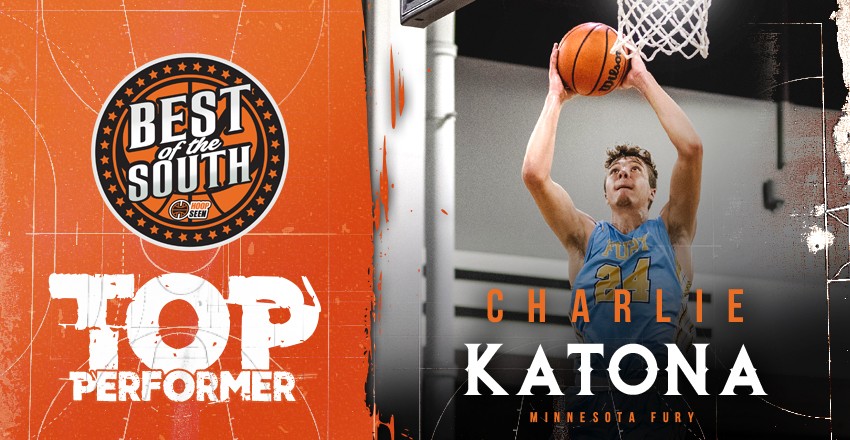 The 2019 Best of the South was trending during the NCAA Live Period. With over 325 teams from 31 different states represented, the Georgia World Congress Center was the place to be for independent teams this summer. Who stood out? Our staff saw thousands of players, hundreds of games, and hundreds of teams. Meet our first round of top performers from the stage of the summer.

One of the true elite guards at the 2019 Best of the South. The Floridian was the target of some of the best mid-level head coaches in the country throughout the week and he justified their time spent at the Georgia World Congress Center. Blanch was a blur with the ball as he drove past defenders with ease. His first step is a deadly trait and he picked apart any defense that tried to contain him. Perhaps the most encouraging part of his game is a continued improvement as a perimeter scorer. Blanch left quite an impression with his play and should be the number one priority for a number of schools now that we push into the end of summer/fall visit tour. Blanch was just outstanding. - Justin Young

Coming into the event, Katona didn’t hold one Division I offer. By this time next week, he should have a dozen. After watching him pick apart some of the best independent teams in the country last week, his stock is as high as any shooting guard there is in the country. Katona sprayed in three-pointers with regularity and precision. He was outstanding throughout and he did it against high-level guards with athleticism and size. Do you know who would love him? John Beilein would love him. Players like Katona thrived in that kind of style. Offer up, coaches. He’s earned such a rush of scholarships. - Justin Young

Mixing power and athleticism and a motor, Oquendo finished the travel circuit just as well he started it - on fire. The 6-foot-4 guard was one of the top overall players there was in the field and there wasn’t any denying that. His first step has been a terrific weapon all season long and no one here at the Best of the South could guard it. Oquendo’s three-point shot has made improvements from what we saw in the spring. He’s been one of the best guards that we’ve seen this travel season regardless of circuit. Oquendo left us, and college coaches, with quite the impression. - Justin Young

Big time stock booster kind of weekend for the 6-foot-6 wing from North Carolina. Raynor was outstanding throughout the Best of the South. He was a match-up problem all the while never taking his foot off the accelerator. Raynor showed that he can shoot from the wing all the while drilling down the low post as a scorer and rebounder. There were times when Raynor was one of the five best overall prospects in the entire building. He ended the July NCAA Evaluation period with travel teams with a bang. Few guys took their recruitment to the next level quite like Raynor did. He was outstanding. - Justin Young

To me, progression over the spring into summer is key in a future college prospect. Kelton Talford gets better every time I see him. The 6-foot-7 forward couples motor, mobility and skillset together to form a well-oiled machine. He is one of the quickest players I have seen in terms of how fast he scores when he touches the ball. In ways, it reminded me of how quick NBAer Antawn Jamison could be up at the rim in one motion after receiving the entry pass. He has great footwork that allows him to go right around bigger defenders and he runs the floor like a gazelle. He finished multiple breaks in transition with crowd-pleasing dunks. College coaches from the Big South, Southern, Sun Belt, MEAC, Ohio Valley and more watched Talford this week at The Best of the South. - Justin Byerly