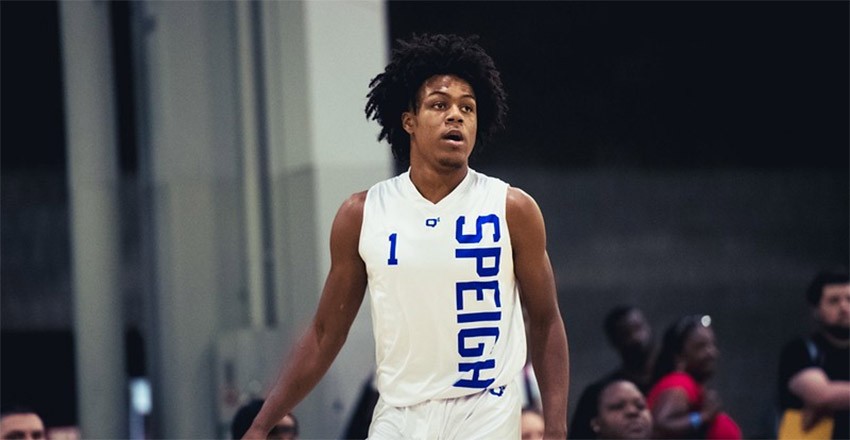 The visit season is now officially upon us. Some states have already started high school classes and some college and universities are preparing to have their semesters start up.

With travel ball wrapped up and put to bed, players from the class of 2020 are starting to put their recruitments into focus.

There are a number of visits happening this weekend. Each Friday we will explore the visits in depth.

VISITOR OF THE WEEK

Alabama’s Colby Jones is one of the smartest basketball players in the class of 2020. He just gets it. The Mountain Brook guard shined for the Alabama Fusion on the Nike EYBL circuit. His recruitment has taken on a national flavor.

This weekend he will be on the campus of Xavier. Jones is taking an official visit. He won’t be there by himself. Xavier commitment Dwon Odom will also be on campus. Odom could be a terrific player recruiter.

MID-MAJOR VISITOR OF THE WEEK

Murray State head coach Matt McMahon was a regular at the 2019 Best of the South. The head man for the Racers knows a little something about finding a sleeper PG. So, when you saw him following Team Speights around the Georgia World Congress Center in mid-July, you knew something was up.

The speedy point guard from St. Pete, FL is one of the most explosive guards we've seen on our circuit over the last couple of years. He was one of the five best players to play at our events this travel season. Murray State, an avid reader of HoopSeen, has been involved with him since the Atlanta Jam.

Now Blanch is on their campus for an official visit. Keep an eye on this one.

OTHER VISITORS OF NOTE

Myles Tate has been a constant presence for the talented Upward Stars program. He's been successful at every level. We love his game. So, it doesn't come as a big surprise that a program like Butler is in the mix. Tate will take a visit there this weekend.

Western Kentucky will host Floridiana Selton Miguel. We've enjoyed watching the 6-foot-5 wing for a while now. He's been really good for Team Breakdown on the travel circuit.

If you are visiting a school this summer/fall and have a date scheduled, please email Justin at jyoung@hoopseen.com.