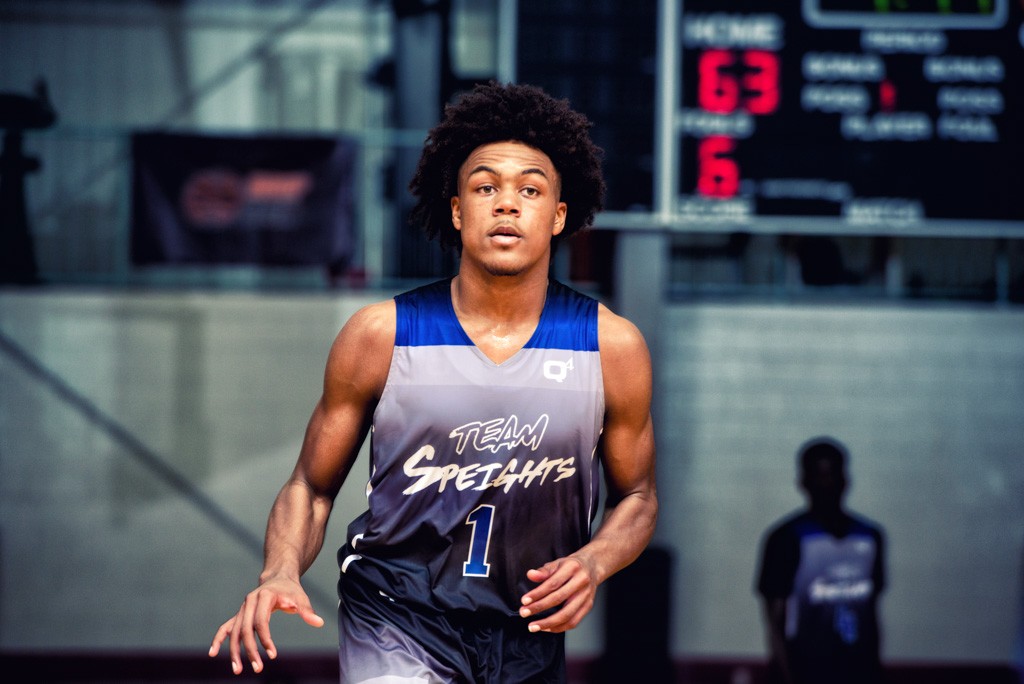 Dionte Blanch was one of the top three overall performers at our NCAA Live Period Atlanta Jam back in April. The 6-foot-3 guard from Team Speights (FL) is one of the best mid-major prospects in the entire Southeast.

His recruitment reflects that. Schools from various levels and conferences are making it a point to see the athletic and aggressive guard from East Lake High School in St. Petersburg, Florida.

Tai Young wrote about Blanch in April after our Atlanta Jam:

“A lack of having a motor caused a few players to drop off the radar of division one staff’s all together this weekend. Diante Blanch wasn’t one of them. If fact, there may not of been a player that upped their stock more than Blanch from sheer hustle and heart. Aside from that, Blanches play at the point spot progressed nicely over the weekend as he took the reigns of an offense that often relied on his playmaking. It was a not so easy task to for Blanch to play his level of intensity given the level of competition through the weekend. Even with a daunting schedule and the ups and downs that come with it, there wasn’t a drop off in his competitive fire. Blanch proved to be a solid selection for mid major programs. - Tai Young”