Take notice to the rise of Cambridge sophomore Matthew Cleveland 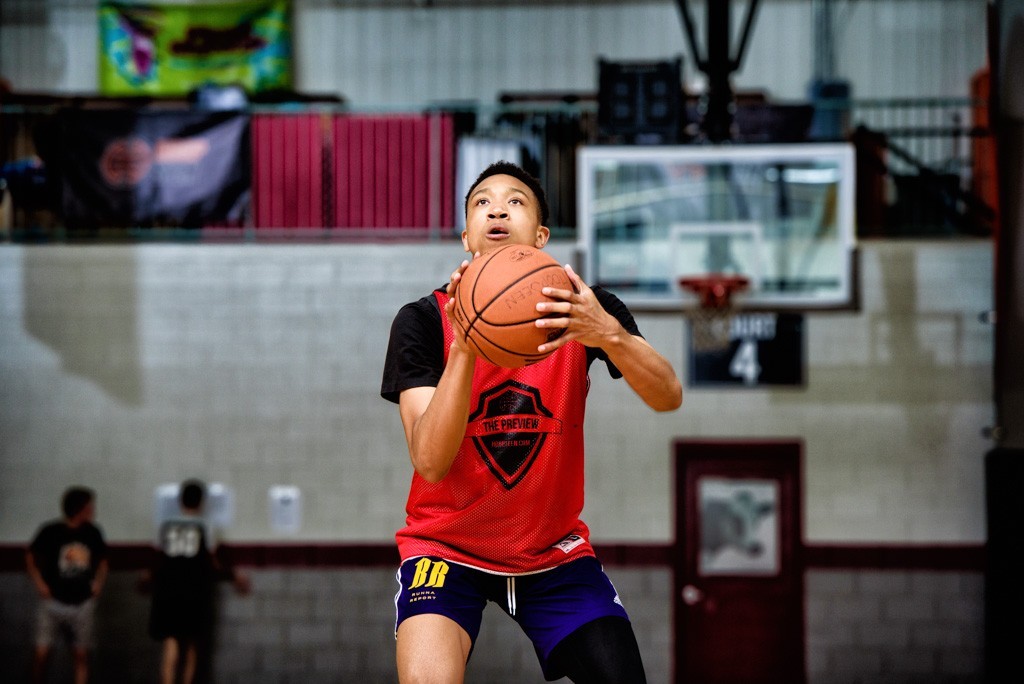 One player that our staff has raved about through all of our HoopSeen channels is Cambridge wing Matthew Cleveland. His development has been tracked thoroughly as he burst onto the scene with his play as a Hype Hawks this past spring. Others are starting to take notice as Georgia Tech head coach Josh Pastner extended him an offer over the weekend.

"It was a wonderful experience, it was very exciting. I was just blessed to receive the offer." Cleveland said.

His dad, Ralph Cleveland, an alumnus of Georgia Tech shared the same sentiment.

"It's very special. To go in we weren't expecting any offer. We were really getting him out, and getting him exposure to those that have expressed some level of interest. So to walk away knowing that they saw enough in him to offer him was just special for me and his mom. Part of what makes it so special is just knowing how much works he puts in to get to this point. To see the work for him pay off, I'm just very glad for him."

With his dad holding a degree in mechanical engineering and his mom, also a Georgia Tech grad, who holds a degree in industrial management, it was easy to see that education would play a factor in his eventual decision.

"The education." said Cleveland about his unofficial visit. "How they're looking for guys that will put in the work. And they hold everyone accountable for their education. I think mainly about education because basketball doesn't last forever. Second is about development, their style of play and what fits me the best."

What has been said: There's a long track record of what our staff has said about Cleveland's development over the past few months. From the spring to the start of school, there weren't very many players that elevated their play as much as him. His play at out Fall Preview camp made me share these thoughts.

"The potential for this one is through the roof as the stock for Matthew Cleveland continues to rise. One of the better three level scorers in attendance, Cleveland held his own with the likes of some of Georgia’s top scholarship earners. His fluid athleticism allows him to make high major moves as he does so in a way that shows he’s still learning what he’s fully capable of. There seems to have been a shift in mentality as well as he is starting to insert himself more into the game's action. The days of Cleveland taking a back seat to others may be behind him as he continues to grasp that he could be the best player on any court."

Cleveland was forced to grow up early this season as an injury to senior guard Kamar Cambridge forced him to step into a new role.

" Well, I feel like I've played good this season but I could've done better moving without the ball and shooting from the outside. During those three games without Kamar(Robertson), it's helped me step up my leadership and made me more comfortable with the ball in my hands."Just learning to be more confident." Cleveland said about his progression from a freshman to now. "Not being too high or low. Having mental toughness throughout the whole season. This summer I learned to play in front of people but to play my game, not do too much and just play my game and it'll show for itself."

So far so good as playing his game has positioned him to have a very fruitful recruitment going forward. When asked who's guided him this far, a few names were brought to the forefront.

"My parents mainly, but also Nick Stapleton and Kemp Barlow has helped as well. They just help me see the big picture. Nick has helped me by just working on getting open shots and knowing when to take it, and being able to expand my game to the outside more. Barlow has helped with every aspect of the body. Legs, arms, movement, reflex and single legs."

With an ACC offer, and an unofficial to both Georgia Tech and Georgia, the question of "who's up next" was asked to the sophomore.

"TCU mainly, I really like their campus. I've been there and it's just a great atmosphere."

"We will look to take a visit to Alabama on January 12 and Rice University on the 26th. It's on our schedule." Ralph Cleveland said.

When asked about schools that have shown interest, Cleveland's dad mentioned a handful of programs.

"Georgia, Alabama, Mercer, Georgia State, Georgia Tech and Rice. Those are the ones that have at least gotten in contact with his coaches or gone out to see him. High Point University as well"

As our HoopSeen staff holds in house discussions about Georgia's future talent, Cleveland's name will be given strong consideration for the top player in his class. While that's an accomplishment in itself, frankly, it's not enough. The conversation for a spot in the national top fifty rankings will need to be had as some of the countries best sophomores build out their resume. It's a high projection for a high-level talent, but one thing is for sure, as his game continues to progress, other high majors will get involved with this soon to be household name.

HYPE 2021 (@CoachDTravis) players Cole Middleton and Matthew Cleveland put on a show against the Warner Robbins All-Stars in the opening night of the #GaCup Finals. pic.twitter.com/zYdY8hdbjo