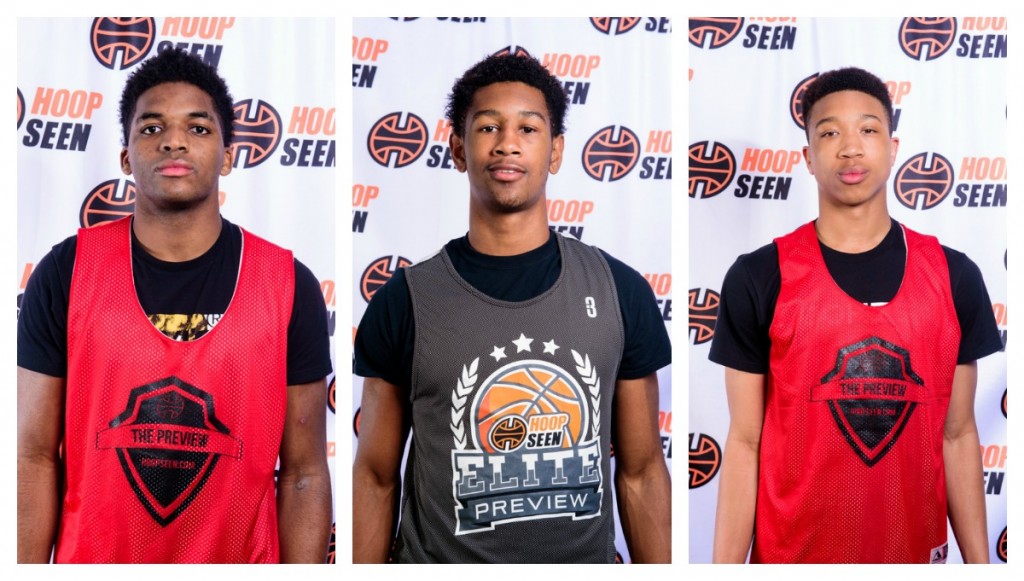 Matthew Cleveland, SF, 6-5, Cambridge, 2021: The potential for this one is through the roof as the stock for Matthew Cleveland continues to rise. One of the better three level scorers in attendance, Cleveland held his own with the likes of some of Georgia’s top scholarship earners. His fluid athleticism allows him to make high major moves as he does so in a way that shows he’s still learning what he’s fully capable of. There seems to have been a shift in mentality as well as he is starting to insert himself more into the game's action. The days of Cleveland taking a back seat to others may be behind him as he continues to grasp that he could be the best player on any court. - Tai Young

KD Johnson, CG, 5-11, SW Dekalb, 2020: Wow, what a day he had. Johnson was the most trending player in the camp. He did just about anything he wanted in the three games he played in. Athletically, there wasn’t a better jaw-dropping athlete quite like him in the field. His explosion is special. Johnson shined as a perimeter shooter from there, got the rim at will and did just about anything he wanted on the floor. Johnson has a special competitive spirit to his game that will serve him well during the next chapters of his hoops career. He was the consensus top performer from all of our coaches and staff. - Justin Young

Toneari Lane, SG/SF, 6-5, Shiloh, 2020: The strong-bodied wing is terrific in transition and had his way against defenders because no one can stay in front of him. The multipositional player, Lane was a team player in the sense he was willing to guard every position on the floor. He finished well at the rim and shined as a slasher in the camp setting. Lane’s value as a college prospect is his ability to play where he is needed. He’s wired to win. - Justin Young

Hunter McIntosh, PG, 6-2, Greater Atlanta Christian, 2019: Just a terrific day for the floor general. He came into the first game and took over right away. McIntosh, a state champ last year, played like a guy who knew how to facilitate talent. He passed well in and out of the pick and roll. He shot well, knocking down the open looks he had. His pace was patient and his decision-making was mature. His coaches raved about how coachable he was. His recruitment should see a spike this high school season. McIntosh makes winning plays and guys around him better.  - Justin Young

Kamar Robertson, PG, 6-1, Cambridge, 2019: One of the top point guards in the camp, Robertson was a ball screen master. He hit three-pointers coming off of screens and found slashers and rollers off the play, too. He’s a nice passer from the backcourt and wanted to compete against the very best. Robertson shined in the fall series at HoopSeen and other regional events. He’s an all-state level player and worthy of a good, hard look by Division I programs. - Justin Young