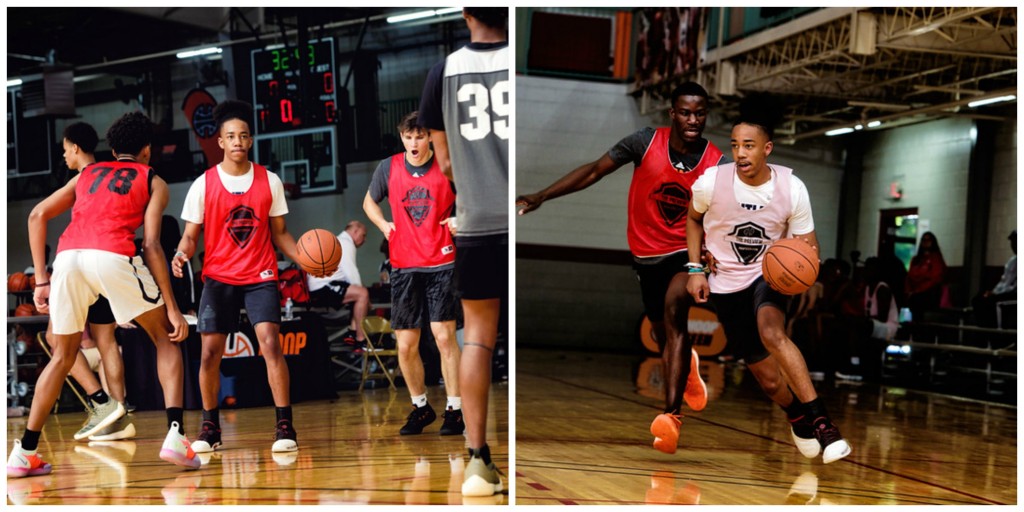 During this past years Best of the South, there may not of been a rising junior that was followed more than Team WHBH guard Jacobi Wood. It was at that event, that Wood told our Garrett Tucker about several of the programs in pursuit of his services. At that point in time, Wood's had his fair share of interest, but after a solid start to his junior campaign, other programs have started to get involved with the middle tennessee prospect.

With standing offers from Canisius, Lipscomb, Arkansas State, James Madison, and Tennessee Chattanooga, Wood's feels that one has made him a priority.

"UTC has made it feel like a very good place to go to. Their staff and all the players there all have spoken with me and have made me feel super close to them."

Despite having offers on the table, there are still a few programs that have stayed in touch, but have not gone as far as to offer.

"Iowa State and Missouri havent offered yet because they want me to get on campus and they want to come watch me play and really get to know my family. Belmont and Wofford have said they will offer, just want to take a slow process on it."

With unofficials to Butler, Wofford, Belmont, Tennessee Chattanooga, Lipscomb, Lafayette, Tennessee State, and Middle Tennessee State having been completed, theres three visits that stood out above the rest.

"Wofford, Belmont, and Lipscomb really stood out because they're campuses just have a great feel. All of them make it seem like home."

"I have a visit planned to Iowa State and Wofford on the 19th. Another to Stanford closer to the summer" Wood said about future visits.

Wood's has the makings of one of the more sought after non-sponsored talents to come out of Tennessee this season. Our staff was witness to his talent, not only at the Best of the South, but at our Fall Preview camp as well. As the spring comes along, look for more programs in the southeast to extended offers.