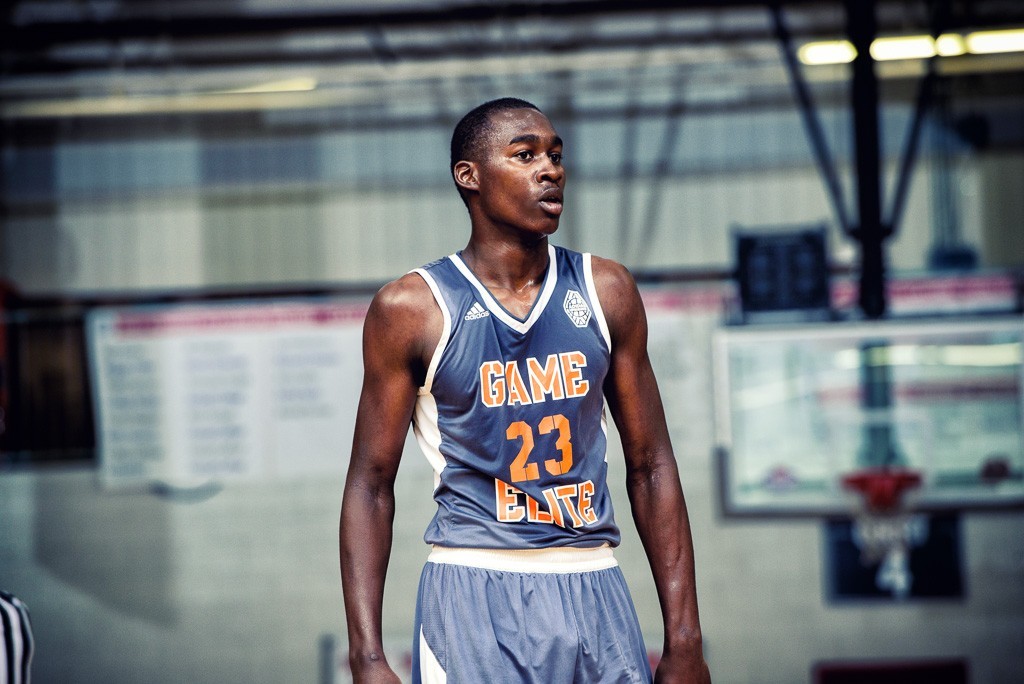 The University of Georgia gets involved

Football season marks the time of the year when underclassmen are called on unofficial visits by future potential suitors. The University of Georgia took advantage of their most recent home game by extending an offer to 2020 Game Elite guard KD Johnson  while on campus.Head coach Tom Crean and staff have made their rounds in recent weeks as they’ve shown a high interest in many of the states best young prospects. Johnson has a handful of offers, most notably coming from Auburn in late August. Butler and Florida are just some of the schools showing interest while Johnson has made plans to be on Alabama’s campus next weekend. Its assumed to be very early in Johnson's recruitment so expect more high major schools to get involved once the high school season rolls around.

The College of Charleston is quietly putting together one of the best classes in the southeast as Team Charlotte forward DeAngelo Epps has joined Atlanta Celtics guard Brenden Tucker as their first pair of commitments. Epps and Tucker give the Cougars an athletic pairing that head coach Earl Grant can mold as they look to chase another 20 win season. With one scholarship left, the Cougars last commitment could give them the final piece to one of the best non-major classes in the South. Watch this one closely...

Morehead State gets their first commitment

Morehead State’s non-stop pursuit of Ta’Lon Cooper paid dividends as the got a late Sunday evening commitment from the Dorman standout. They start off their 2019 class with a bang as they got a verbal from one of the best independent team guards around. Completing an in-home visit today is just the icing on the cake as head coach Preston Spradlin and assistant Johnathan Mattox went to Dorman this past week to help make their case. Cooper discussed his commitment with our HoopSeen staff citing the relationship between him and the staff as one of his biggest reasons to commit.

Two off the board

Ben Sheppard and McKenzie Mcfatten both gave verbal pledges this weekend as Belmont and Georgia Southern get their guys. These two prospects didn’t carry a single offer going into April, eventually playing themselves into several to choose from. Sheppard trusted his gut in regards to Belmont, while McFatten chose to stay close to home. Landing an in-state a talent like McFatten can do wonders for a program as they look to attract future prospects here in Georgia. McFatten's commitment could be an added boost at Georgia Southern shifts their focus to Trae Broadnax and Jalen Cincore. An unofficial visit from Ben Sheppard led to Belmont following up with a school visit to extend an offer to the GAC guard. Belmont head coach Rick Byrd and assistant Brian Ayers followed Sheppards God Property team around in July to keep tabs on his progression throughout. The mutual interest between the two eventually lead to a commitment this weekend. This marks the first commitment for Georgia Southern and the second for Belmont as both still have scholarships in the 2019 class.

If getting star forwards Babatunde Akingbola Isaac Okoro wasn’t enough, Auburn circled back to the Peach State to land another top prospect in Jaylin Williams. The Brantley Co forward had a remarkable junior season that put his name on the tongues of national media and high major coaches alike. This commitment gives Auburn another versatile forward that should fit nicely with the style of play Bruce Pearl led teams have featured in the past. It seems like Auburn has some serious momentum in the southeast as Williams was one of many top prospects on campus as Garrett Tucker outlined in our Fastbreak Friday segment. See more thoughts from Jaylin on his commitment to Auburn here.