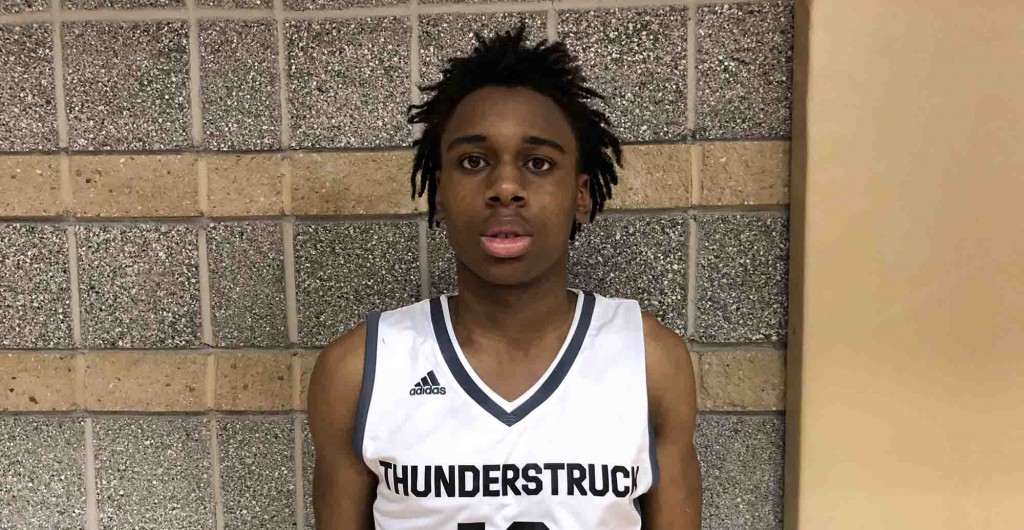 Broc Bidwell, Team Tuff, 2021, PG: Bidwell may not be the most physically imposing player at 5’10”, but what he lacks in size, he more than makes up for in skill and quickness. His basketball IQ is advanced for his age and he also flashes a plus-float game and perimeter shooting. Considering he’s just a 2021 prospect, keep an eye on this one going forward. - Kory Keys

Isaiah Gardner, Alabama Fusion-Jones, 2020 G: Isaiah Gardner is a 6-0 guard who has that game-changing ability in him. He scored 25 points in a game while hitting 8 of 9 free-throws. That certain game was one where he took it over. The Fusion were down one in the closing seconds. Gardner was playing off the ball and they were trying to run a play to get him a shot. The play ended up being busted so he got to the ball and demanded to have the rock in his hands with merely a few seconds remaining. He then shifted and shook his way into the lane and delivered a game winning basket as time expired. The Woodlawn HS guard from Birmingham, AL is shifty and will garner attention as the summer heats up. - Jeff Roberts

Luis Rolon, E1T1 16U, 2020 PG: E1T1 went 4-1 while making it to the Black Championship game. During the championship game, Rolon left it all on the court in the loss. The 6-3 point lead his team in scoring with 17 points during that game. He showed that he can score easily around the basket around and after contact. His biggest and most impressive part of his game was his defensive ball-hawking. He came up with several steals and put his hands on numerous passes in the air. He would also clear the defensive boards and get the ball up the court in a hurry. - Jeff Roberts

Khalil Shaheed, Thunderstruck, 2020 SG (pictured above): The first thing you’ll notice about Shaheed’s game is his athleticism and competitiveness. He sets the tone for his squad with his activity level, which often leads to runs outs with Shaheed finishing an impressive dunk. Like some others, if he continues to develop as a jump shooter, he’ll put himself in position to be a highly sought prospect. - Kory Keys

Brandon Stroud, Georgia Knights, 2020 SG: Don’t be surprised if you start to hear more and more about him as he moves into his junior and senior seasons at East Coweta High School in metro Atlanta. He’s a scorer supreme with big game and big play ability. The 6-foot-3 guard was one of the most electric scorers in the field and certainly a guy that should be considered a top 30 player in the state of Georgia for the 2020 class. - Justin Young