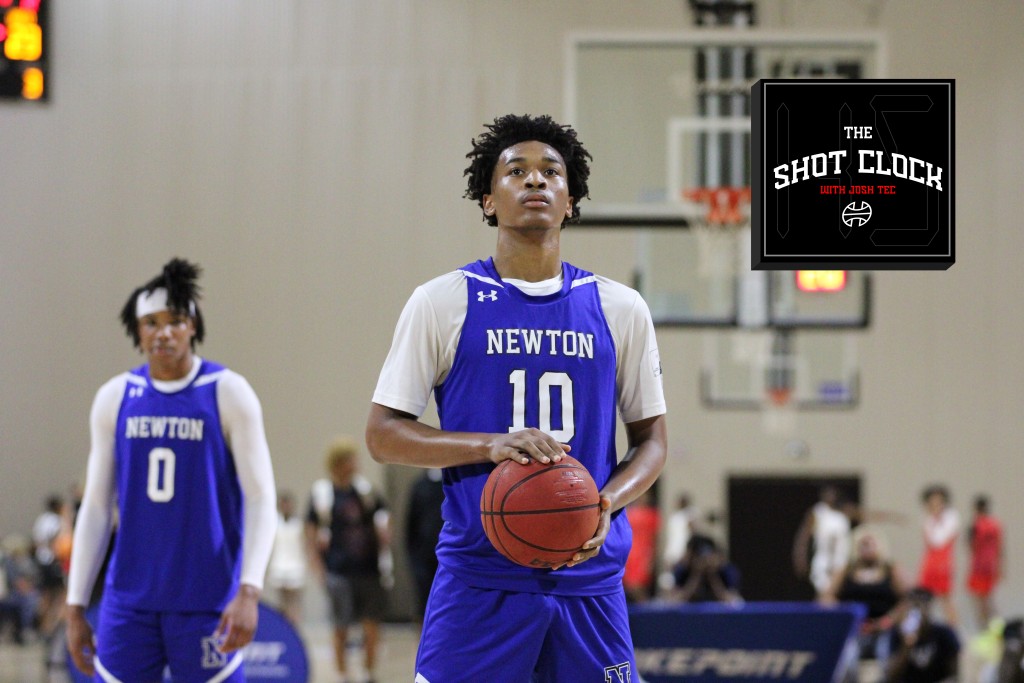 It’s Feast Week, baby! This is the best week of the year. No, it’s not the best basketball week. No, it’s not the best sports week. It’s much grander than that. This is flat-out the best week of the entire year, dead stop. There would only be a few reasonable arguments that I would entertain. Conference tournament time? I’m here for that. I can listen to that case. Any of the first weeks of the NCAA Tournament? Sure, I can get down with that. Those are the only other options, but Feast Week is the one that I will hammer home until my last days.

We get wall-to-wall college basketball all week. Most of us have the week off and are stuffing our faces with reckless abandon while watching basketball from noon until after midnight, it’s the official beginning of the holiday season, so Christmas music, movies and decorations are fully allowed. I’m annoying about Feast Week now, but when the Maui Invitational is back in Maui at the Lahaina Civic Center, I may legitimately shed a tear of joy. That building is synonymous with the holiday season to me. God, I love this week so much. I’m eternally thankful for Feast Week.

I guarantee that you didn’t come here for that rant, but I know that a percentage of you—maybe a small one—understand my unbridled passion for this time of year. So, thank you for sticking with me through that, and let’s talk some Georgia Hoops.

Castle Commits: On Friday, Newton’s Stephon Castle committed to Dan Hurley and the Connecticut Huskies. Castle visited Storrs at the beginning of the month and announced his commitment mere weeks after.

As a 6-foot-6 guard who’ll likely be the centerpiece of the offense at some point, my mind can’t help but think about what Hurley did with James Bouknight while he was at Connecticut. I'm not necessarily comparing the two, but it's just where my mind wandered when initially seeing the commitment.

For those keeping score, Newton has had three players in their highly-touted 2023 group announce commitments to high major programs within the span of a month or so. First, Jakai Newton announced that he is going to be playing his college ball in Bloomington for the Hoosiers. Next, Qua Brown made the decision to stay close to home and commit to Georgia. Now, Stephon Castle is off to the Big East.

While we’re here, shout out to Jim Calhoun, Kyle Niland and Pat Cozens. Connecticut is crazy for their Huskies and landing players like Castle gives the CTHC faithful some mental peace and security that their program is firmly back to national relevancy.

New(ton) Outlook: Let’s just stick with Newton for a little bit longer. As I was driving home from the Jared Cook Classic on Saturday night, I got a report that Newton was having their way with Norcross—shout out OST for the update. After reading the text, the wheels started turning in my head, and my focus turned from music to Newton basketball. Should the Rams be the new favorites in 7A? Should the discussion around Newton be similar to that of Milton? Why hasn’t that been the case all along?

Now, I’m just as guilty as driving the Milton ship as anyone. Locally and nationally, Milton was automatically slotted into that top spot in the state and as one of the top dogs in the country. Rightfully so too. The Eagles are incredibly talented and well-coached. But, so is Newton.

The Rams have gotten their flowers. I’m not acting like they’re some plucky underdog. I just don’t know that we’ve given them enough though. From a pure talent perspective, Newton has as much, if not more than, anyone in the state and region. As you just read above, they have three juniors committed to high major schools, and they have more D-1-Caliber talent on the roster too. They have multiple high-level guards and they have the size to go toe-to-toe with pretty much anyone.

I can only speak for myself, and I know that I was of the mindset that the Rams were a year away. Since they’re a junior-heavy roster, I subscribed to the thinking that they’d challenge this year and be ready to strike next season. While it’s true that they might be a year away, they might also be ready now too. Norcross is also in the upper echelon of Georgia teams this season, and Newton handled them with relative ease. We have a tangible result to point to in the debate of who the best team in the state is.

I’m not currently in the business of ranking teams, but I do love to engage in the discussion. After the way the Rams dispatched one of Georgia’s blue blood programs on Saturday, we may need to slot Newton as the state’s best. State titles aren’t won in November, but beating great teams handily will certainly add kindling to debates that will be sparked all winter long. I’m going to put this on the backburner of my mind until seeing Berkmar play Norcross and Milton on back-to-back days in a couple of weeks, and until I can get in to see Newton in person. But, at the very least, the Rams gave us all some food for thought.

Where in the Peach is Josh Tec: Actually, I won’t be in Georgia very much this week. I will only be at the Jared Cook Classic on Monday (today), and then, I’ll be off to Florida to spend the holiday with family.

I really hate missing HoopsGiving and all of the other events around town, but I’ll be watching along from afar like the meme of the wizard pondering his orb. I’ll be back on Saturday, and you guys will see plenty of me in the gym from then on.

Actually, screw it, I may try to make Saturday of HoopsGiving. I think I’ll get home early enough to do so. We’ll see. I don’t want to make a promise that I can’t commit to.

Jared Cook Saturday: If you want to catch up on Jared Cook Tip-Off Classic notes before the rest of the action tips off, you can read my notes from Saturday here.

Jared Cook Monday: We have another great slate of games to watch on Monday at the Jared Cook Tip-Off Classic. Here’s the rundown for the day:

The teams that I’m most excited to see in this one are Etowah and North Gwinnett. I’ve seen each team get a blow-out win, and I hold them both in high regard, but I want to see just how good each one is. They’ll both be playing high-level teams, so these are good measuring-stick games for each.

ICYMI: In case you missed it, here's what I've published over the last week:

Still on the Board: Georgia’s Best Available Seniors

What to Watch For: Despite me not being in town for most of the week, I still have a couple of things coming your way to keep you occupied during the holiday. I will be dropping the following:

Still on the Board: Georgia’s Best Available Seniors Pt. 2

I’ve got an idea for a project that would release closer to the weekend, but I’m still mulling it over, so look out for a third article coming out late in the week.