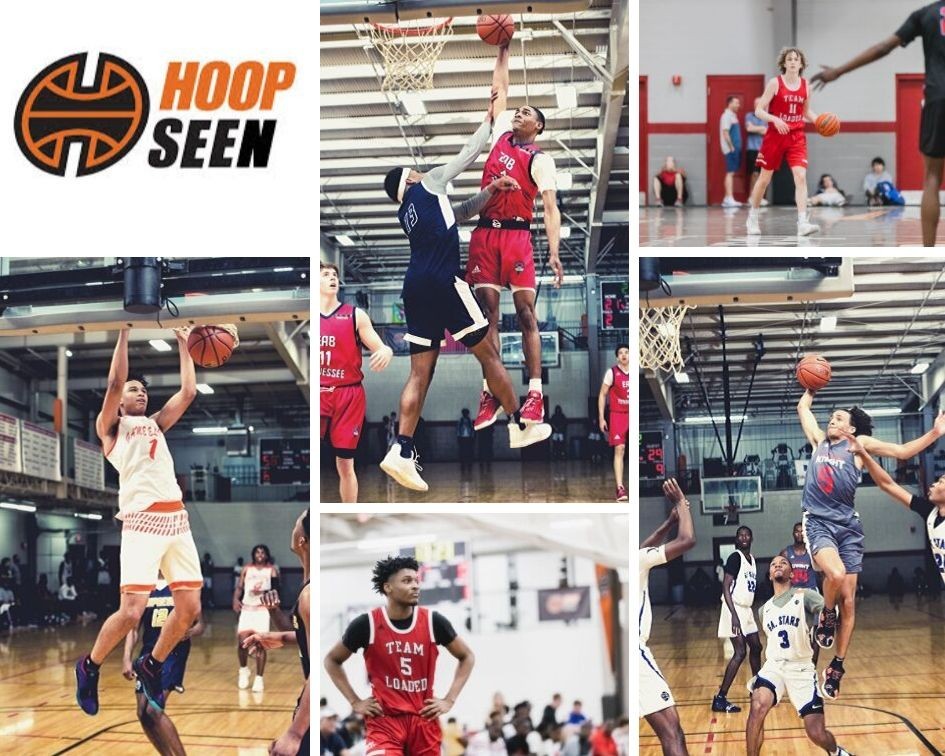 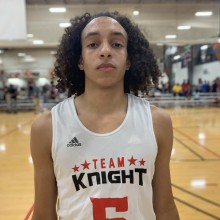 Carter was the Most Valuable Player of the loaded 2019 Bob Gibbons Tournament of Champions and he earned that distinction by coming up huge on the most historic stage in travel basketball. No big deal. He was the pilot to the Florida Knights championship run. He was a big-time shot maker, a big-time playmaker and a guy who wanted to have the ball in his hands in a late game situation. Few did it better than him in clutch situations. Carter raised his profile tremendously at the Bob Gibbons Tournament of Champions. Since then, his recruitment has grown some serious legs. Carter was one of the most dynamic guards we saw regardless of the circuit - whether it was ours or on the adidas circuit. - Justin Young

Sometimes you see a prospect that has all the fluidity and natural ability to score oozing from their game. Josh Hall has that and he has the size to be an NBA player. Of all the players that I have covered over the spring and summer on the HoopSeen stage, Hall quite possibly is the one that has the highest ceiling at that level. He stands 6-foot-9 and can score against the best that our staff threw at him during The Bob Gibbons Tournament of Champions and at The Best of the South. Louisville and NC State are getting official visits from the talented small forward and I wouldn’t be surprised to see some blue-blood offers start to fall into place for Hall. He has taken an unofficial visit to North Carolina already and I could see an offer coming soon. Guys like this shouldn’t leave the state. - Justin Byerly 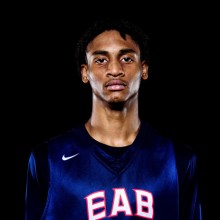 Watching a players development and story unfold from start to finish is one of the perks of being involved in the travel ball scene. There may not have been a better one to watch than that of Keon Johnson as some Hollywood scripts haven’t been wrapped up as nicely. A once unknown prospect joined up with a local travel team and together they made their marks beyond that of just being known regionally. On our HoopSeen circuit they were a major factor in every elite event, and they continued to churn out prospects for every level. This time last week, Johnson committed to Tennessee in what wasn’t a huge surprise to many that followed his story. That’s where things get interesting. Coach Rick Barnes has been lauded for his ability to squeeze the juice out of every player to come through his program.Johnson’s progression over the past 16 to 24 months has been second to none, and by this time next year he will be in front of a coach that has been known to mold similar prospects. With his rapid development and seemingly perfect fit at the next level, if could be a matter of when and not if Johnson would have his shot on the NBA stage. - Tai Young 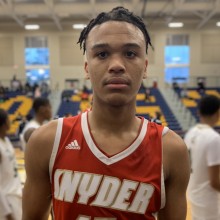 Look back through Corey Walkers profile over the past year and you’ll see story after story of him showing up on our biggest stages of the year. With such a unique blend of size and skill, it’s easy to see why Corey gains the attention of both our staff and defenses alike. As the game continues to appreciate those positionless prospects, Walker’s value to a program has been seen through the years with Game Elite(FL). From our Tip-Off to the Bob Gibbons Tournament of Champions, Walkers effortless ability to take over a game would make for some eye opening moments. The volunteer state is sure to embrace his talent as they beat out several high major programs for his services. -Tai Young 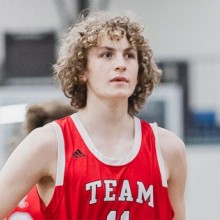 HoopSeenNC’s No. 2 ranked 2021 player, Carter Whitt shined on our stage during the Bob Gibbons Tournament of Champions in May. The lead guard for Team Loaded NC is also one of the hottest recruits in the country. College programs from all over the U.S. have fallen in love with Whitt’s ability to run a team. The 6-foot-3 rising junior is one of the best decision-makers our staff saw on the HoopSeen stage. He doesn’t overwhelm with athleticism but he makes up for it with the intangibles. Whitt simply doesn’t make mistakes and his recruitment shows why many programs value what Whitt can bring to their team. He was named to our Bob Gibbons Tournament of Champions 17U Team. He holds offers from defending National Champion Virginia, Boston College, Virginia Tech, Iowa State, Tennessee, Wake Forest, NC State, Marquette, Florida and Maryland to name a few. - Justin Byerly