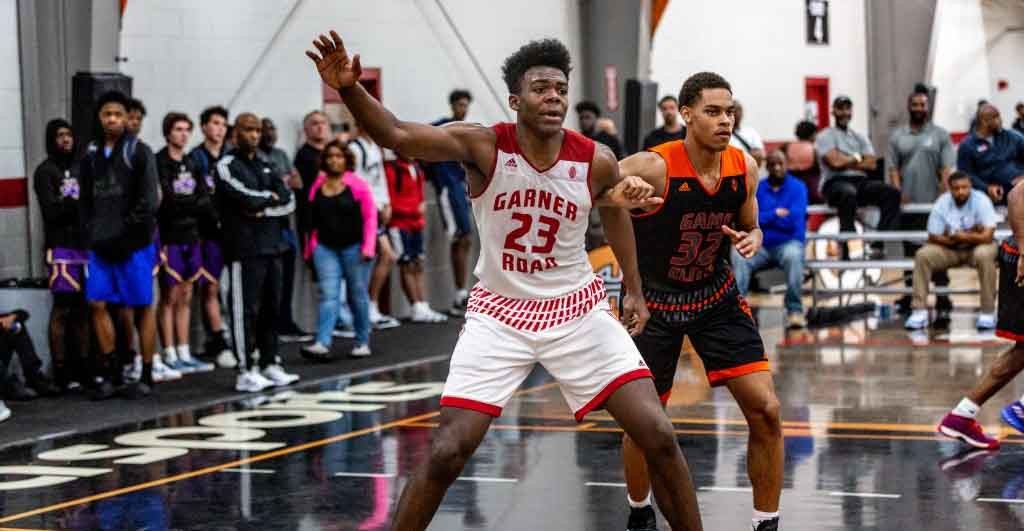 The AAU season for the class of 2020 is winding down and HoopSeenNC has updated our class rankings for the rising seniors. Another deep class from the #HoopState overall, with some potential draft picks at the top.

It is difficult to rank three players that will more than likely have their named called by Adam Silver in the near future. Day’ron Sharpe, Josh Hall and Isaiah Todd are all three worthy of the number one ranking for the class. All three have games that translate to the next level.

Sharpe has the size, toughness and touch to be a one and done player at North Carolina under Roy Williams. The Garner Road forward was the best player we saw at HoopSeen events over the course of the year. He is a ferocious big man that is a man amongst boys. He is our number one ranked player in 2020 for North Carolina.

Hall is a player that has continued to get better each time we have seen him. He has the size and shot to produce at the pro-level. Playing with Team Loaded NC this travel season he was consistently one of the best players on the adidas Gauntlet. He was named one of the top six players at our Bob gibbons Tournament of Champions in May. Hall comes in at No. 2 in our rankings.

Todd is ranked by many recruiting services at the five-star level and he has the tools to be an NBA lottery pick. He is long, physical and athletic and has been on a national stage for some time now. All three of these players should have the same career stop, the NBA and all three could be swapped for one another in the rankings.

Beyond the Top Three

Virginia’s Tony Bennett is a guy that finds under-recruited players that fit his system. At No. 4 is Carson McCorkle, also of Garner Road. He fits the Virginia system to a T. He is a player that can make shots and can defend, something that Bennett loves for his teams to do.

At No. 5 is point guard Shakeel Moore. Moore is a bulldog and one of the fiercest competitors in the region. He is able to take the game over with his ability to attack the rim and has the size and build to have his way against smaller guards.

Rounding out the top 10 at No. 6 is Justin Thomas who along with Sharpe and McCorkle, shined with Garner Road on the adidas Gauntlet. He is a 6-foot-6 forward that can play three positions and defend four.

No.’s 7 and 8 in our updated 2020 rankings for North Carolina is Silas Mason and Tristan Maxwell Both had strong travel team seasons with Team Felton and Team Charlotte respectively.

No. 9 is Christ School big man Justice Ajogbor who is one of the highest academic kids in the class and is considering a host of Ivy League schools.

No. 10 belongs to Jaden Seymour who spent most of the travel season injured with a knee issue. Still the up-side is there for Seymour and his ranking justifies what we think of him long-term.

A newcomer to the top 15 is Keishon Porter of Team Trezz. The 6-foot-6 shooting guard comes in at No. 12. Porter had mid-majors knocking on his door before The Best of the South.  During the event he showed he can score from the perimeter consistently leading to a Texas A&M scholarship. Porter has been a top performer at our HoopSeen Tip-Off kicking off the season.

One of the biggest risers in our rankings is at No. 16 with Greensboro Warriors shooting guard Ahmil Flowers. During HoopSeen’s Bob Gibbons Tournament of Champions, Flowers was one of the top performers from the event and has the size and shooting to be a high-level college prospect.

Taking another big jump into our rankings is another Team Trezz prospect, Reggie Raynor. The jumping-jack 6-foot-6 wing from Northwood Temple in Fayetteville saw his stock rise after being named to The Best of the South Top Performers team. He changes the game with his leaping ability and how well he shot the ball over the week in Atlanta.

North Mecklenburg High School’s Trayden Williams also made a jump into our rankings at number thirty-two after his showing this summer during high school team camps. He proved he was a mid-major guard that can lead a team playing with Team Charlotte, Williams