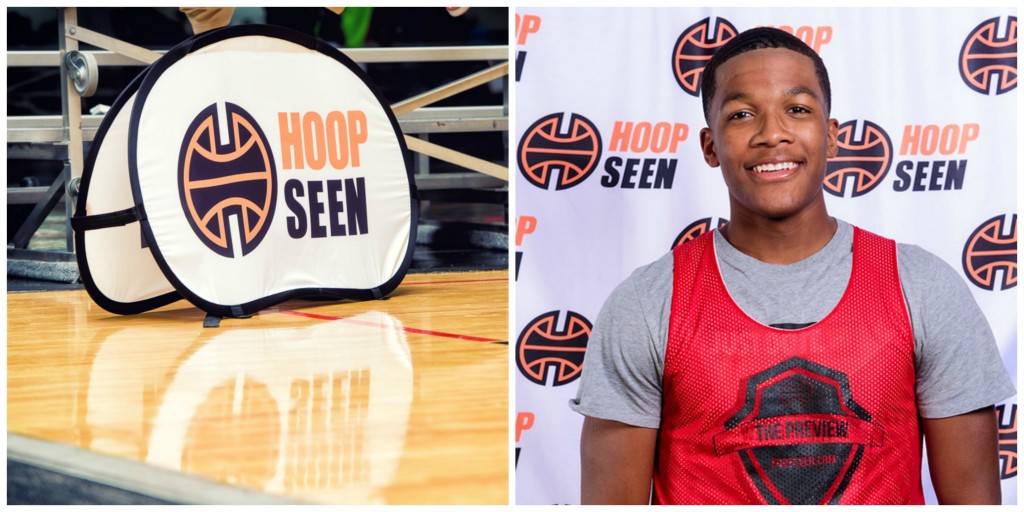 Since our 2020 rankings have been released, we have decided to talk with some of the states best to get some insight into their recruitment. The latest in this series is our 23rd ranked prospect, East Coweta guard Chris Youngblood.

Q: You guys at East Coweta are off to a very good start. How have you been playing so far?

Youngblood: This season, I've averaged about 22 points, 8 rebounds, and we're 14-1. So everything has been going very good right now.

Q: Has that turned into any offers for you?

Youngblood: I only have two offers, which are Lees McRae out of North Carolina and Arkansas Little Rock.

Q: What did you take away from getting that first offer?

Youngblood: When Lees McRae offered it woke me up that I could be pretty good because when they called and offered me, they pretty much said that I probably won't end up going there because they believe that I could be a high division 1 player. That really humbled me and pushed me to keep on working even harder until I get to that point.

Q: What kind of conversations have you had with the staff at Little Rock?

Youngblood: That offer was kind of weird because I was at the Heritage school open gym and me, Ebe(Dowuona), and Kasen(Jennings) all got offers that same day. We were just going back and forth then after the open gym he asked me do I have any offers. After I said yea, one, he said well now you have another one.

Q: Are there any other schools staying in touch with you?

Q: You mentioned Middle Tennessee as the heaviest right now. How so?

Youngblood: Just staying in touch with me and checking on me pretty often. Just the relationship that he's built with me. That's what matters to a lot of players. Just showing that he cares.

What has been said: Youngbloods play at our Fall Preview Camp drew the attention of our staff as he continuously got into the thick of the defense. A good blend of size and crafty ball handling produced this evaluation.

"Chris Youngblood made a statement at our Fall Preview as one of the more savvy players in camp. The ability to manipulate defenses and use ball screens was masterful at times as he routinely got what he wanted. A player at his size with his ability to handle the ball will allow him to a dominant scorer as he continues to learn how to mix up his moves and ability to shift gears. In the open court, there wasn’t much defenders could do as Youngblood could lower his shoulder and carve out enough space to create easy finishing angles."

Q: Whenever you decide to make your decision, what are some of the things that you are going to consider?

Youngblood: Probably the coaching style. I love when the coaches are into the game. Like my coach Royal Maxwell, he's so intense that it just keeps me going hard. It shows how much he loves the game. Really just seeing their playing style because of I'm a very aggressive and fast tempo player. I'm going to start eliminating at the end the summer when I crack down on my top 5, top 10.

Q: Who, if anybody, has helped you along the way with your recruitment?

Youngblood: Really coach Maxwell. He's been in the position that I'm in before. We went to a Georgia Tech game when they were recruiting me and he just wanted me to look at the environment, what are they good in, all that type of stuff.

Q: What would coach Maxwell and ask about all things Chris Youngblood, what do you think he would say?

Youngblood: That I'm a hard worker, I care about my game. And other than that I don't know. Coach is crazy.

Q: What schools have you had a chance to visit?

Youngblood: Georgia, Georgia Tech and Georgia Tech. I was supposed to go to Middle Tennesse but it didn't work out. I had to take the ACT.

Q: What did you end up getting?

Youngblood: I haven't got that back yet.

Q: Do you plan on going to any other visits?

Youngblood: I'll probably go to MTSU very soon. Other than that, not that I know of.

Q: As of right now, we have you as the 23rd ranked prospect in Georgia's 2020 class. What are your thoughts on that ranking?

Youngblood: Just keep working. the people I saw in front of me, I don't want to say I gave them the business during the summer and stuff but I just have to keep on working because obviously, it wasn't good enough.