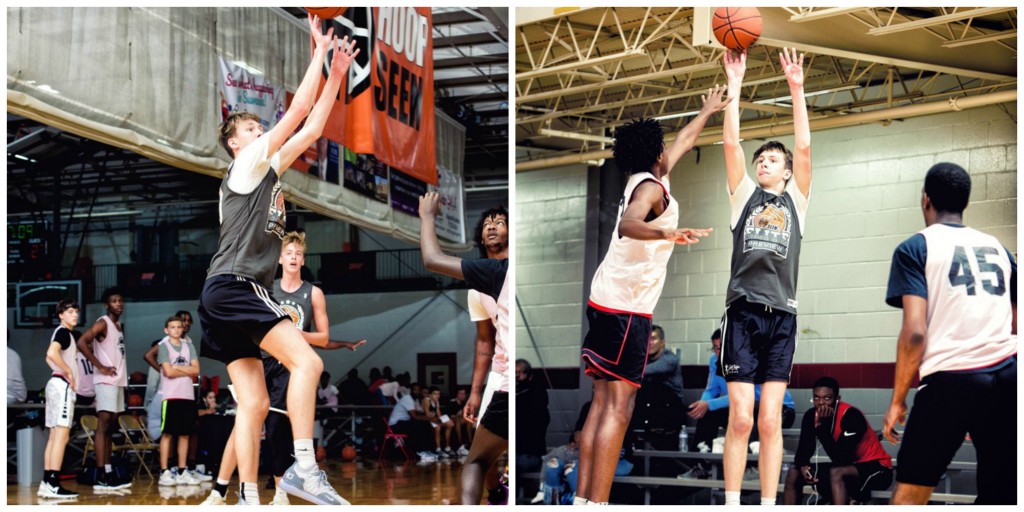 Since our 2020 rankings have been released, we have decided to talk with some of the states best to get some insight into their recruitment. Next up on our list is our 21st ranked prospect, Lambert shooter Luke Champion.

On September 9th, Champion was one of Lambert's prospects that coaches would rountinely evaluate during the teams open workouts. Before those coaches stepped in the gym, Champion held an in-state offer from Georgia State that he picked up at their summer team camp. With Longwood and Georgia State as his current offers, Champion shared his thoughts on both programs.

"It was great. He watched me in two games and I didn't play my best in the first game but he came back and I played great. He told me how he liked how I came back strong and that he really likes my game. That's when he offered me."

"Longwood has prioritized me a alot, Texting and calling me as well. Georgia Tech has been reaching out quite a bit too."

After taking visits to Alabama, Clemson, Mississippi State, Longwood, Georgia Tech, and Belmont, Champion doesnt have any dates finalized as of now.

"I am supposed to go up to Davidson soon but don't have a set date yet. Alabama was very cool getting to talk to coach Johnson and learning alot from him."

What has been said: Champions shooting display at the Lambert summer showcase opened my eyes to a division one prospect. Some high quality shooting prompted this quick evaluation

"A player that I've somehow let slip through the cracks is Lambert sharpshooting guard Luke Champion. I knew that Champion was a high-level shooter after 1 or 2 tight spiraled shots made their way through the net. Armed with great next level size and a textbook jump shot,  Champion to continue making a name for himself here in the state. I expect his pockets to be lined with Division 1 offers this time next year. "

Champion's size and shooting has drawn the eye of college coaches, two traits that he was bound to have from birth.

The thought of playing for Gonzaga, and following in his dad's footsteps has been an appealing thought.

"Absolutely. Gonzaga is an amazing program and it's been a dream of mine to play there. My dad always says just keep working as hard as you can everyday and everything will workout how it's supposed to."

"Fit at a school is huge for me and when I'm decideding I will consider where my game will fit in most and where Im surronded by great coaches and teammates. My goals are just to become as good as I possibly can and play at a great school and hopefully play professionally somewhere after that."

Our Best of the South on July 11-14th will be the biggest live period event in the country. With 35+ courts under the same roof, we will be the premier destination for college coaches and top non sponsored teams. For more information, click here.In July, you must get it right.