Who the coaches are watching in Georgia's 2020 class 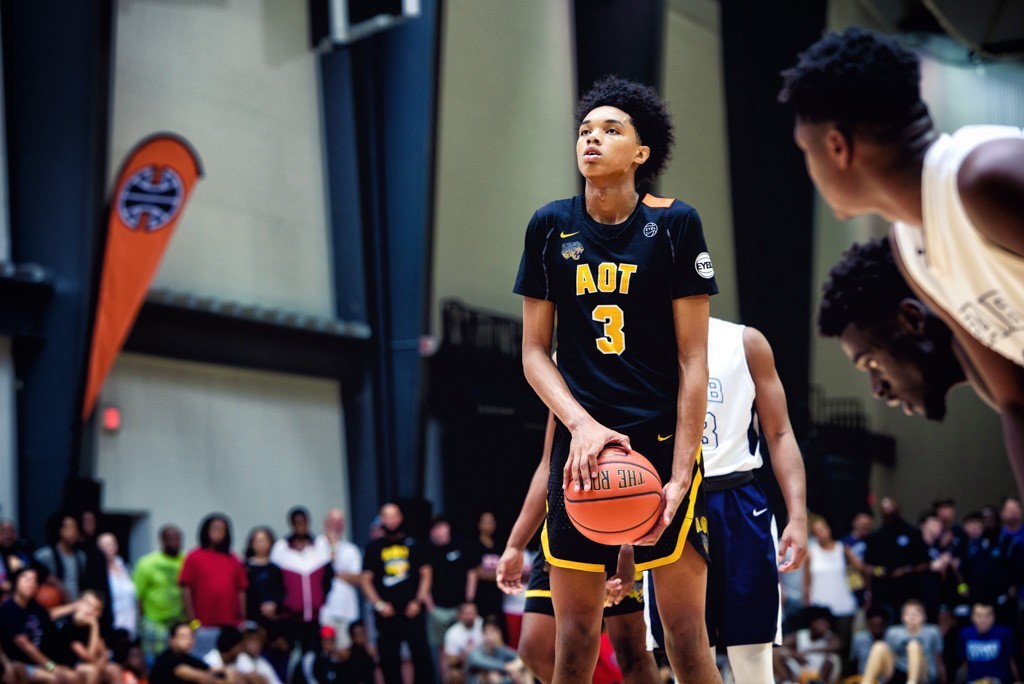 On September 9th the floodgates opened as college coaches were allowed to hit the open gyms. Some went out with the hopes of getting a commitment while others went to get a look ahead to future classes. As a whole, Georgia has widely been considered a hot spot but there are a few gyms that coaches seem to be frequenting. Here I take a look at some 2020 prospects that have coaches full attention.

An offer from Georgia State at team camp gave Lambert forward Luke Champion his first of his young career. Since then, Champion has completed unofficials at Alabama and Mississippi State as high major programs have taken notice. This 6’7 forward has a high major stroke that is sure to add more suitors to his list.

Colin Granger used his play over the summer and current workouts to gain offers from Mt. St. Mary’s and Siena. Granger fits the mold of today's forward that can produce inside and out. His frame draws the eye of every coach that sees him as his build looks sturdy enough to hold up as a freshman.

One of the most athletic players in Georgia, Grayson guard Deivon Smith has seen his recruitment take off to new levels. UAB extended an offer to the high riser with several others making their rounds. Some great moment for Grayson helped boost his resume but he will be asked to do more this upcoming season. Smith is dynamic enough to turn heads and should continue to garner attention as he sharpens his tools.

The rise of KD Johnson has been a quick one since his play over the spring and summer. A host of mid to high majors have tossed their hat in the ring with offers and unofficial visits. UGA and Auburn are the most recent to have extended offers with several looking to soon follow suit. Johnson plays with a chip on his shoulder despite the rise in acclaim. Some players simply want it more than others and that seems to be the case with Johnson.

There may not be a hotter name in the state then Lanier guard Sion James. Ole Miss and Rice have extended offers recently and there doesn’t appear to be an end in sight. James is appealing for a lot of reasons but most notably being 15 years old stands out. His potential as a young, 6’4 point guard is through the roof.

Basketball circles around the country have come across the name Brandon Boston several times in the past year or so. A trickle of college coaches turned into a downpour over the past few months as high majors have come in waves to Norcross. A successful travel season with AOT helped boost his status as he had moments of dominance on the EYBL circuit. His recruitment going forward will be fun to watch as every high major in the country competes for his services.

If there’s one person that should greatly benefit from a trickle-down effect of being around so many other quality pieces its 2020 guard Caleb Murphy. Playing with the likes of Kyle Sturdivant and Brandon Boston should speed up his development curve quicker than others. Murphy has great size at 6’4 with the skill to be productive at the next level with plenty of room to grow. An in-state offer came from Kennesaw state last week as many people would predict that to be the first of many. Caleb Murphy is starting to shed the label of being one of Georgia’s sleepers in the 2020 class.