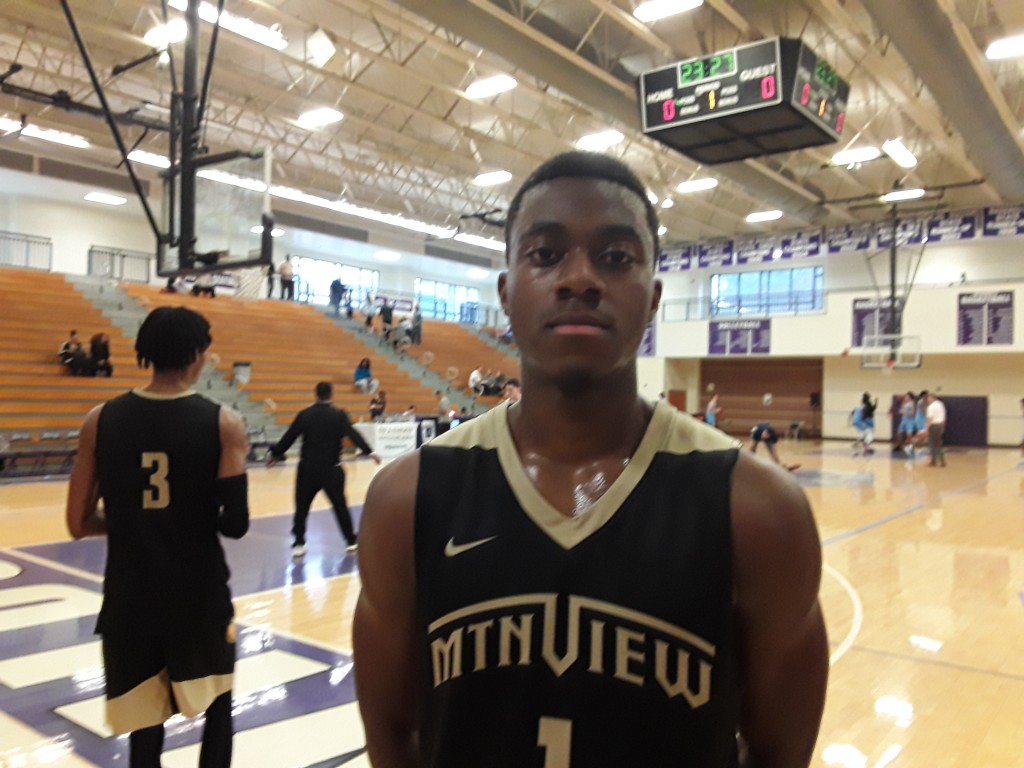 Nahiem Allenye is no stranger to college coaches as he's been a constant scorer for Mountain View for quite sometime. Armed with a collegiate frame and a knack for scoring, Alleyne has led the Mountain View charge this season as the teams top remaining scorer from a season ago. His strong presence on the court has led to interest from a number of different programs.

When asked about his thoughts on his current offers, Hofsta provided a familiar face to Allenye's family.

"It felt really good. My dad use to play against Speedy Claxton. I get to talk to him and stuff. He said he likes my game. I'm a lefty guard that can do it all and score on all three levels. He just tells me that I need to handle the ball more. Keep atacking the basket and be aggressive. I'm trying to work into the point guard role becuase in college, at my height, I'll be a point guard."

What has been said: My first introduction to Allenye's scoring ability was during last years post Christmas slate of games. I had this to say about his future role

"The 6'3 guard will play a more prominent role next year as Spencer Rodgers takes his talents to the next level. He's ready for it. As a junior, he already shows a good ability to score at all 3 levels. Strong enough to be a bully but crafty enough to dodge contact. More importantly, it seems like his production is steady from the times I've watched him. It'll be interesting to see how he handles being at the top of every team's scouting report. I think he's looking forward to it."

As several programs track his progress, a reclass into 2020 is on the horizon as Alleyne has made the decision to join The Skill Factory next season

"It was a tough decision. Since I'm a young senior I think it'll be best for me to develop my game. Get stronger, faster and quicker."