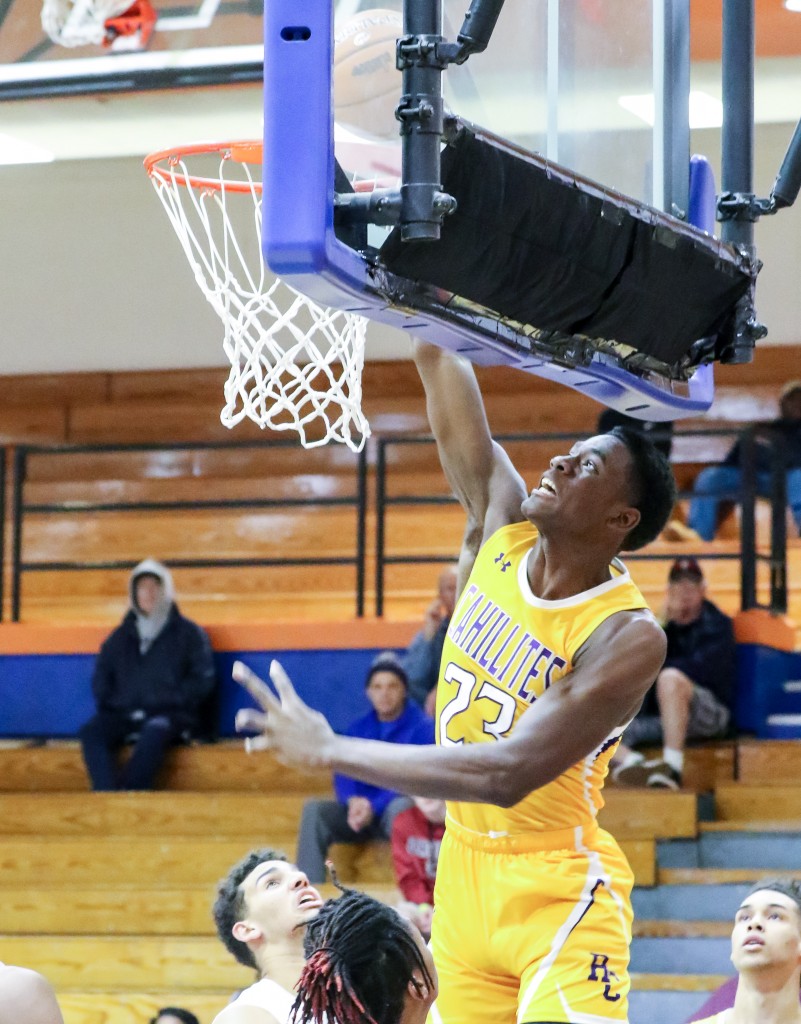 Columbia, SC- The Chick Fil A Classic features teams from all over as the event is regarded as one of the best Christmas break tournaments around. Day two didn't disappoint as several players emerged from the rest.

"Wow". That's all I could muster up to say when watching the pairing of Roman Catholics Lynn Greer III and Jalen Duren. Greers play at the point was phenomenal, leading a loaded Catholic unit to several high-quality possessions. Duren is a name that you'll read about on HoopSeen for the next couple of years as he the blue bloods will eventually get involved. For such a young prospect, Duren already checks off several boxes that will thrust him in the limelight. With rim protection and paint producing being at a premium, look for the high majors to get involved sooner than later.

The in state duo of Malcom Dandridge and James Wiseman are going to make the locals happy, for however long they get to watch them in the blue and white. Wiseman, in particular, didn't use Christmas break as an excuse to lay back and let the action come to him. From start to finish we witnessed several of the tools that made him so highly sought after to begin with. His efforts on the glass made the most of an All-American build, while on the other end, he scored in every way a lottery pick would.

There may not be a better defensive backcourt this weekend then that of Hillcrest Dalen Terry and Devan Cambridge. Both guards play with a swarming presence while having a lot of the qualities needed to be lockdown defenders. Watch out over the next few years as there is still another level that Terry can get too. Standing at a long armed 6 foot 6, Terry moved around several guard spots but ultimately looked every bit of a natural play maker at the point guard position. On the defensive end, his heady high-intensity play will carry him a long way in systems that utilize the increasingly used switching scheme.

Other high major programs are going to want to get involved with St Benedict's prep guard Caleb Wilcher after torching the nets here in Columbia. In a game that emphasises shooting, Wilcher more than proved his ability to be an lethal outside threat. A couple of first half threes opened up his driving lanes as opponents would chase him off the line before he could utilize his pumpfake. His pairing of a soft touch and great size at 6'5, Wilcher could be a tough to keep off the court early in his collegiate career. Cincinnati, Xavier, St Johns and Seton Hall have prioritized him so far, but that ist should grow considerably by the spring. A smooth stroke and a savvy ability to shoot off a movement will make him a household name by summers end.

The underwhelming recruitment of Aaron Estrada is one that the New Jersey locales will have to help me understand after today's showing. A strong second half showed his ability to score by getting into the second level of the defense. Four threes put the finishing touches on a game that showed he could find his footing at the mid-major level. East Carolina has extended an offer while Murray State remains interested.

Love the potential of Saint Joseph signee Hakim Hart. Long, versatile and fits the mold of today's do it all wing.

It appears that a division 2 could get a steal in Independence guard Raja Milton. One of the better playmakers at Chick Fil A.

Addison Patterson is going to score a ton of points at the next level. The right system that prioritices movement is going to reap the benefits on the 6'6 guard.

Nicholas Elame is a going to be a player to watch through the rest of the weekend. Great intangibles at the guard spot. Sneaky good get for a mid-major program.