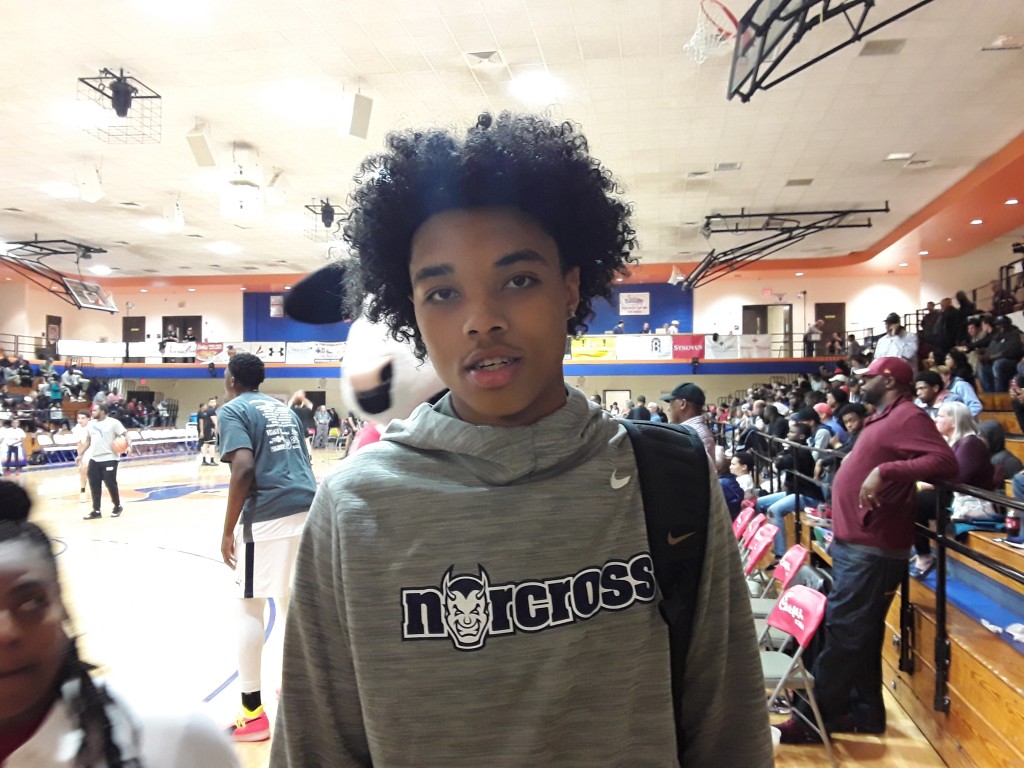 As were midway through the high school season, Norcross guard Brandon Boston is hitting his stride as one of the most sought after players in the 2020 class. A prolific season with AOT on the EYBL circuit made Boston a household name, as many of the elite high major programs in the southeast began to take notice. After a strong showing here at the Chick Fil A Classic, HoopSeen spoke with the 5-star guard to get a recruitment update.

"I haven't had many offers recently. I just got in contact with Kentucky. That's the newest one." When asked about his conversations with Kentucky's staff Boston had this to say about assistant coach Joel Justus "He's a great man, he was full of good energy."

After being on campus at Duke, Alabama, and Auburn, Boston doesn't foresee any upcoming visits.

"I don't know which visits I'm going to take next since its the middle of the season. I'll probably focus on it after the season."

After accomplishing so much in his high school career so far, Boston reflected on his offers while pointing out a couple of goals he still has in mind.

"Its just a blessing to have all of my offers. Personally, I just hope for my team to win a state championship and for me to develop as a person and player.