Coleman chooses High Point. A look into what he brings to the program. 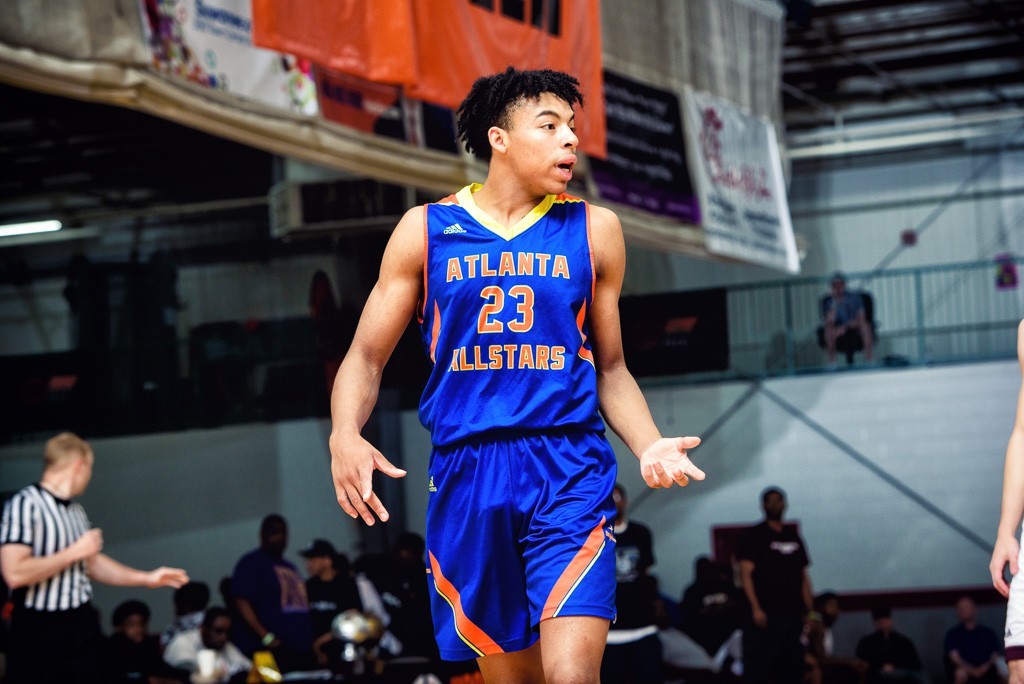 High Point gained their first commitment in the 2019 class from Atlanta All-Stars forward Eric Coleman. Coleman had his pick of several schools, eventually trimming his list to Troy, Mercer, High Point, and the College of Charleston. Now that Coleman's recruitment is over, HoopSeen stopped to take a look at what the 6'7 Buford forward brings to the table.

A good showing during our Atlanta Jam started Eric Coleman down the path of a productive travel season. It was easy to predict that Coleman would have his fair share of offers to choose from at the summer's end based on his size, skill, and mentality as a rebounder and defender. Being 6'7 allowed Coleman to standout on the court as a versatile piece, capable of affecting the game in a variety of ways.

Offense aside, it was the other end of the court where his value first started to take form. A tenacious rebounder from both forward positions, Coleman would often get tangled up with bigs that had some size advantage. His rebounding efforts should translate well to the next level as with Coleman its more about his will more so than his size and strength. As he continues to gain more strength and tricks of the trade, Coleman could be a solid 7-9 per rebound guy going forward.

Offensively there's not a ton of flash to Coleman's game, rather a player that understands and plays within his role of a floor stretcher that can make tough baskets around the rim. HIs progression as a ball handler has been noticeable, even though there are still strides that can be made in that department. At the moment, Coleman can make use of an effective shot from deep along with unwavering shot selection.

The last time HoopSeen spoke with Coleman about his recruitment he mentioned lateral quickness as being a point of emphasis for him. Some ground was made up in that area as the season went on, furthering his value as a prospect that can guard multiple positions. High Point should be excited about the fact that Coleman still has room to grow on both sides of the ball. A senior year at Buford should continue to get him ready for his freshman year as he will be surrounded by high-level players and coached by one of the best high school coaches in the state of Georgia. All things considered, Coleman has the makings of a solid program player for the Panthers.