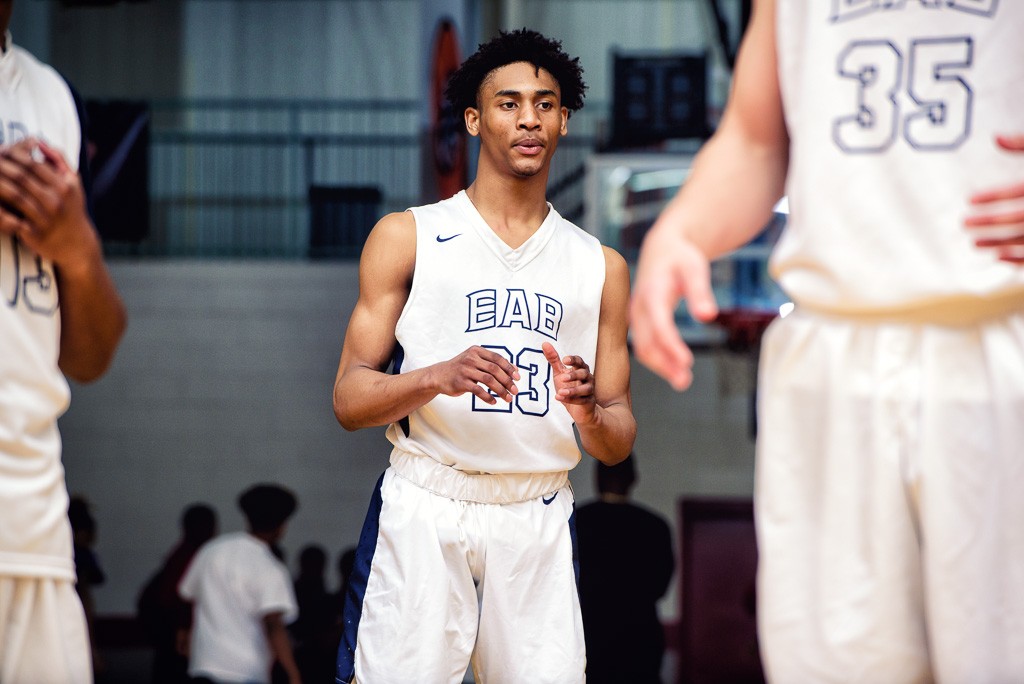 What a weekend it was at the 2018 HoopSeen Atlanta Jam. Our staff watched every team in the 17 and under division and will roll out our top performers, story starters and all-tournament selections this week on HoopSeen.com. Today we dive into our first round of top overall performers from the 17U and under division.

Devin Butts, Team Georgia Magic, 2019 SG: There weren’t many more impressive players at the #ATLJAM than Butts. The 6-foot-5 sharpshooter was one of the best scorers in attendance, as he filled it up from behind the arc each game. The junior finished with double-digit 3’s on the weekend and was an important key to his team making it to the Final Four on Sunday. While he may get labeled as only a shooter right now, Butts proved some things this weekend – he’s more than capable of attacking the rim and finishing at the goal. Butts is one of the most polished scorers in the South.  - Garrett Tucker

Eric Coleman, Atlanta All-Stars G/F, 2019: The Atlanta All-Stars are known for keeping a quality team that coaches flock to on during the spring and summer live periods. It looks like Coleman is next in line of wings that's on his way to getting his moment in the light. Eric fits the mold of a mid-major Division I player in several ways. At 6-foot-7 he is starting to learn that his size can be overwhelming both on and off the ball. At the very worst his niche as a 3 and D player will land him on several quality programs rosters.  One thing that's starting to shine through is that Coleman is playing with more of edge. Throughout the Atlanta Jam I've seen him get involved with 50/50 balls and even mix it up with some players that he's been in battle against. Coleman has a few Division I offers already but he is well on his way to getting more if he continues his hot play. - Tai Young

Kaleb Coleman, Team M.O.A.M, G/F, 2019: The word impact is a huge buzzword in today's game and Kaleb belongs in the next wave of guard/forwards to be apart of it. Coleman put himself in position to gain more offers down the stretch as a hardworking position-less player that brought a lot to the table. For stretches, Coleman left his imprint on several possessions as he may have grabbed a rebound, initiated offense, and defended several possessions. Team M.O.A.M as a whole has impressed with their ability to make extra passes, play together, and string together some solid runs. There's a ton of value in being the glue that holds it all together. - Tai  Young

Keon Johnson, EAB, SG, 2020 (pictured): The rising junior was the most exciting and entertaining player in the 2018 Atlanta Jam field. He’s a terrific slasher that shines in the open floor and the half court. Johnson did a great job of finding spots on the floor to allow him perfect passes from his point guard. He’s fun in full go mode and patient to know when to pick his shots. I think he’s a no-brainer top 50 national prospect and an important piece to the best team I’ve seen so far this spring. Johnson was just terrific this year at the Atlanta Jam. - Justin Young

KJ Johnson, EAB, PG, 2019: The engine of the top team in the Atlanta Jam is a no-brainer selection for our top performer section. He’s been tremendous two weekends in a row at our Jam Series - here in Suwanee and last week in Hoover, Alabama. He fits the mold of mid-level starting point guard. The Atlanta Jam has been the perfect stage for players like him to not only earn offers but solidify themselves as top-end mid-major point guards. — Justin Young

Grant Ledford, Tennessee Bobcats, 2019 SG: Ledford came into the event with the reputation of being one of the top shooters in attendance and he didn’t disappoint. The 6-foot-5 guard is a skilled and polished scorer with a smooth shooting stroke and he scored the ball in a variety of ways throughout the weekend. Playing primarily with the ball in his hands, the junior showcased his ability to create for himself and score off the dribble. He put up a flurry of points throughout the weekend, headlined by a 28-point performance and five 3’s in a win against the Atlanta Timberwolves on Saturday afternoon. - Garrett Tucker

Harouna Sissoko, Team Power, 2019 PF: Sissoko burst onto the scene Saturday morning against EAB and put together an impressive weekend. The long, 6-foot-7 power forward was active around the rim with his shot-blocking ability and rebounding. He has a knack for getting loose balls and was a headache for opposing teams. The Mali native left his mark this weekend and should be a quality post prospect for mid-major programs to track. - Garrett Tucker