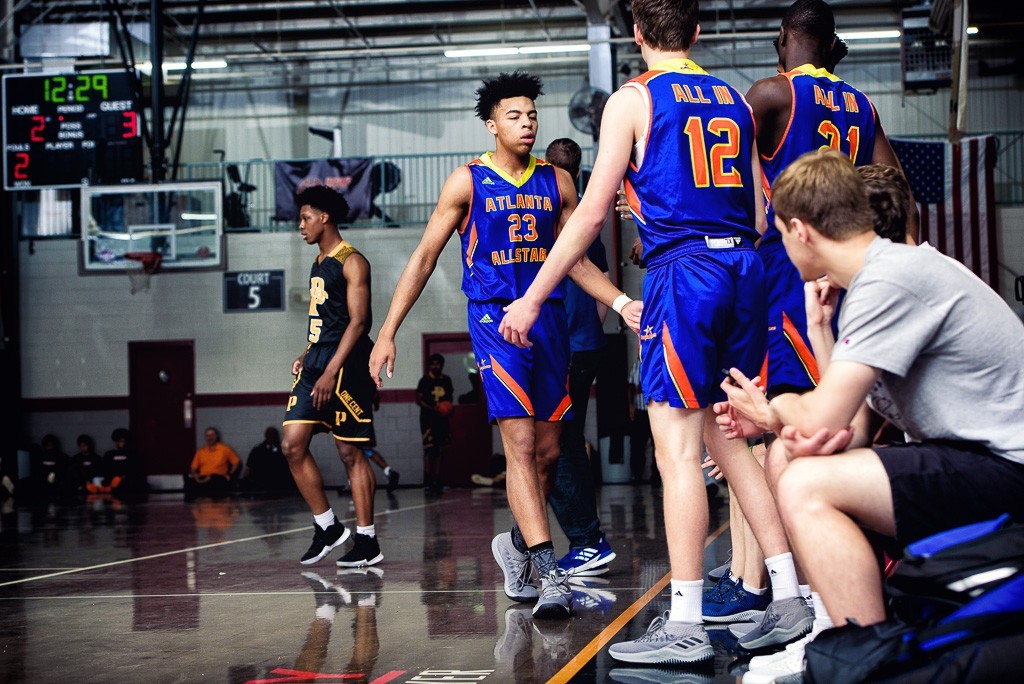 Eric Coleman is a steady name on the rise, having the measurables, intangibles, and potential that coaches look for in priority recruits. One of our top performers during the second live period the 6 foot 6 Atlanta All-Stars wing has carved out a nice niche for himself as a versatile player on both sides of the ball.

"I think that's my biggest strength as a player. The way I can shoot the ball along with my versatility. I try to be a complete overall player."

To his credit, Coleman is also aware of the areas of his game that he should continue to improve on as he makes that jump from coaches checking in to now making him a priority.

"Lateral quickness is a big thing for me. Every day I'm doing ladder drills and in the gym working on it to get stronger and faster".

After transferring from Kings Ridge Christian to Buford, Coleman sheds some light on the things he's learned from well renowned coached Eddie Martin.

"Coach Martin has won a few championships with a ton of really good players. A couple of them went on to play in the league. He's constantly talking to me about going to a school that fits versus the highest name. I don't want to be on the transfer list"

Coleman currently has offers from Western Carolina, Kennesaw St, Troy, Mercer and Canisius with interest from Middle Tennessee State, Oklahoma, and Lipscomb. No official date has been set to decide but he doesn't anticipate dragging the process out.

"Probably during my senior year Ill determine the best fit and go from there. I want to go to a school that I can get a good education and get ready for life after basketball."