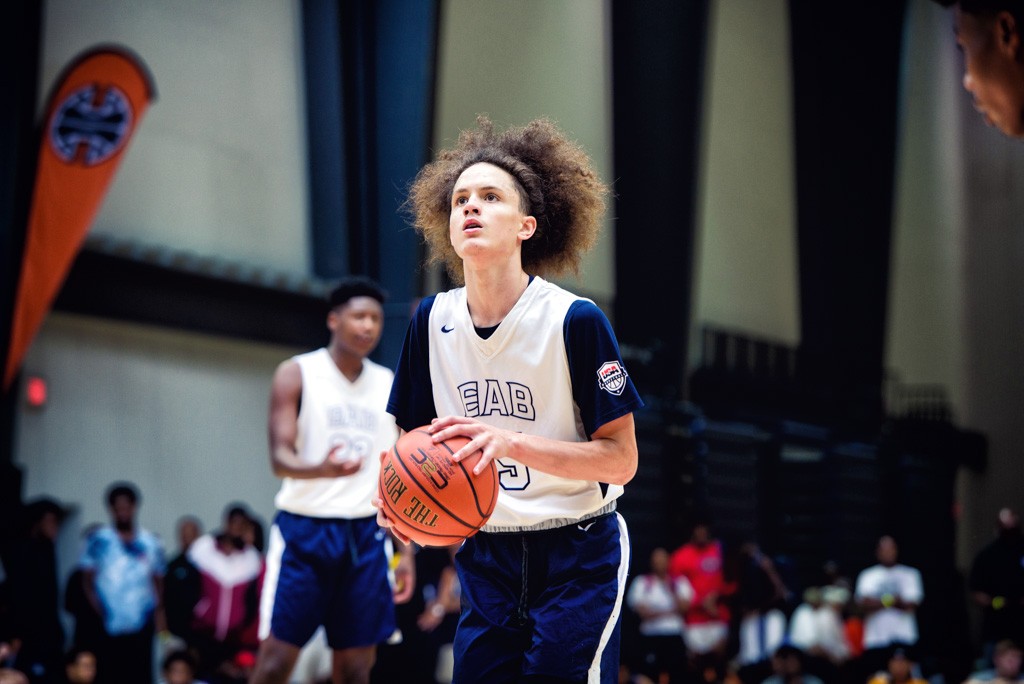 Who took their recruitments to the next level during the 2019 HoopSeen travel season? These five guys did some serious damage.

When asked about his recruitment back in May, Team GA Magic guard Devin Butts mentioned a handful of suitors that had all offered and were tracking him closely. If we were to ask the same question today I wonder if he would struggle to remember everyone involved. Devin Butts came into this season without a single offer, eventually elevating his game to be talked amongst most of the southeast programs. It didn’t stop there. Recent offers from Houston, VCU and Wichita State stretched his recruitment to new territory. The 6’5 guard is one of, if not the best shooter to come through a HoopSeen event this travel season.

EAB had a historic run at our events this summer. One of the best independent teams in recent memory gave their players chances to be seen time and time again by simply winning more than others. There were several players that benefited from 3 championship runs but none more the 2019 guard KJ Johnson. A maestro in the pick and roll, Johnson possess the skill to dominate a game with the use of only a high ball screen. His defense is underrated by those that get caught up in his offensive flair. His activity on the ball can get up under ball handlers skin and cause turnovers, often done in a way that would seemingly work at times going forward. Several mid-major programs have stepped up to the plate to offer thus far. Some of those that have offered are North Alabama, Samford, Wofford, Lipscomb, UTC, Morehead State, Tennessee Tech, and Southeast Missouri State.

Fresh off a state championship in his junior season, Ben Sheppard came into the first live period as a relative unknown to many programs in the state of Georgia. Fast forward through July and you now have the same 6’5 combo guard with a handful of offers. What changed for him? Nothing. The same wide smiled guard that could score, assist and rebound started putting an impressive resume together for his God’s Property team. Sheppard played well at both our Bama Jam and Bob Gibbons TOC, earning himself a reputation of one of the states most undervalued prospects. All it took was one program to pay attention to what our HoopSeen staff has noticed for some time now. A coach’s son, Sheppard boast a high IQ and poise that can one day earn him a starting point guard role at the next level. Radford was the first to offer with Morehead State, Presbyterian, Gardner Webb, Georgia College and UPenn following soon after.

Ta’Lon Cooper impressed early this spring with a big-time win at our Bob Gibbons TOC. His matchup? None other than the Anthony Edwards led Atlanta Express in the first round. Anything else he did on the court seemed like a formality as his performance raised our antennas from that point forward. 6’4 guards with the ability to knock in several threes are coveted by a lot of low to mid-major programs in today's game. Some of the schools that followed Cooper after offering him was Radford, Presbyterian, USC Upstate, SEMO, Morehead State, Charleston Southern and UNC Asheville. The Upward Stars Upstate guard didn’t miss a beat in July, showing off his exceptional skill at our Best of the South during the second period. His play down the stretch coupled with a Dorman team that’s known to garner a coaches following, Cooper may not be done adding more programs to his offer sheet.

A normal occurrence over the past month has been logging on to Twitter only to see Hunter Cattoor post that another MM program has extended an offer to him. Team M.O.A.M made a statement the moment they started with us back in April as they won time and time again during the Atlanta Jam. Cattoor came through our front doors with a reputation as a scorer that could rack up points at a moments notice. Through both live periods, he lived up to that what preceded him. Some outstanding possessions at both guard spots were enough to raise the eyebrows of several schools along the way. The 6’3 guard has a knack for making plays with the ball in his hands, having the ability to score from all 3 levels on the court. Schools in the Horizon league, Socon, OVC and ASUN among others have extended an offer.