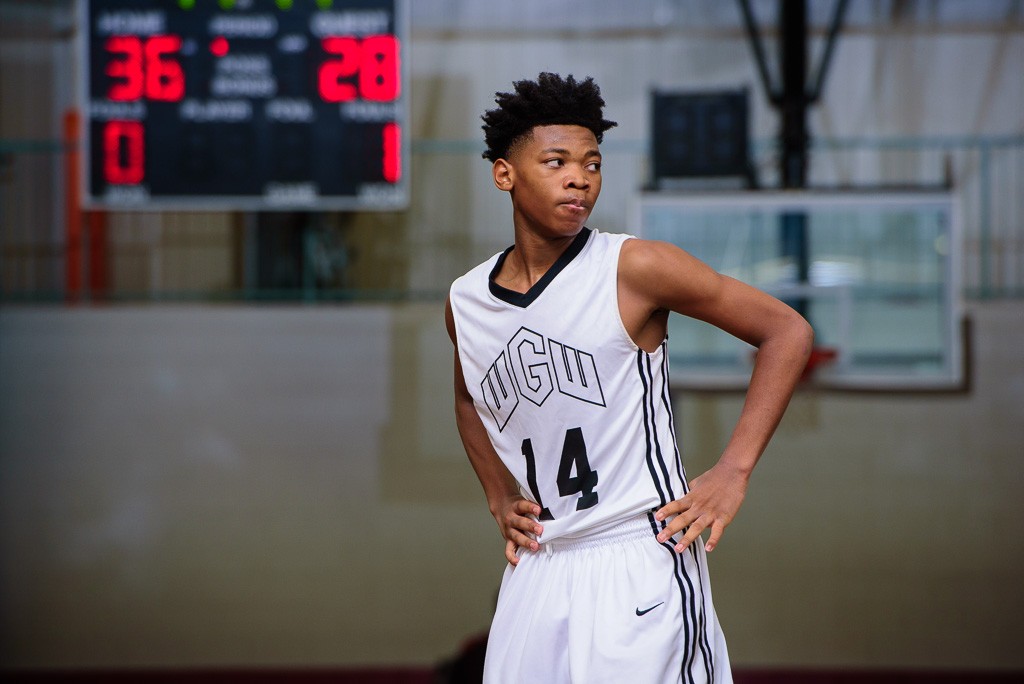 The 16U and 17U Supersonics continued their solid play at USSSA Nationals on Saturday. The 16U group consisting of a powerful Upson-Lee trio finished up a 4-0 first three days while the 17U squad led by Crawford County standouts rebounded from a one and two-point loss to advance to Sunday with a 2-2 record.

16U Middle Georgia Supersonics blew past the Tampa Bayhawks 81-34. The Supersonic press harassed the Bayhawks into 17 turnovers, setting the tone for the game. Rising junior Tye Fagan along with sophomores Travon Walker and Zyrice Scott paced the Sonics. All three represent a bright future at Upson-Lee High School, who comes off a 23-4 season. Scott nailed five threes on his way to a game-high 20 points. Fagan, Upson-Lee’s leading scorer from last season, scored 10 points and collected three assists and three steals. Inside, Walker, a star defensive tackle with an offer from UGA, bullied his way into 15 points and nine rebounds. The 6-foot-5 big man was a load in traffic with good hands around the basket.

The Bayhawks received 18 points and seven rebounds from Brock Jancek. The 6-foot-5 forward also added two blocks to his ledger.

17U Middle Georgia Supersonics cruised to a 57-29 win over Georgia Stars HW. With just six men suited up to play, the Supersonics found a way to wear down the bigger Stars. 6-foot-6 center Marcal Knolton out of Crawford County poured in 16 points, 13 rebounds, two steals and two blocks. Knolton was in attack mode whether it be on the boards or facing up from the high post. His non-stop motor hurt the Stars. Fellow Crawford County Eagles Damien Saffold and Keron Bluford controlled the perimeter and won the war of the guards. Bluford was a pest on defense with four steals and scored a game-high 17 points. Saffold added 11 points, seven via the charity stripe. He contributed four rebounds, three assists and three steals as well.

The 14U Division didn’t disappoint on Saturday. SOH Elite was powered by Dominic Shaw and Jordan Howard. Shaw dropped in a smooth 18. The forward glided to the rim and finished through contact while Howard chipped in 10 points from the low post.

In possibly the game of the day, Georgia Class Act stunned the Atlanta Celtics 56-55. Trailing by one with just seconds remaining, Class Act was sent to the line. Frank Gilliam, who finished with nine points off three three-pointers, had a chance to either tie or win the game with five seconds left from the stripe. Gilliam missed the first and had his second attempt role off the rim. In a mad scramble Deivon Smith, the smallest player on the floor, came away with the ball. The future Grayson Ram tossed up a layup at the buzzer to win the game. Smith finished with 15 points.

Dwon Odom was sensational in the open floor for the Atlanta Celtics, playing the passing lanes and turning steals into thunderous dunks. Odom pumped in a game-high 21 points. His future teammate at St. Francis, Chase Ellis, added 10.

Mama There Goes That Man

Who’s the pictured man atop the article? None other than 13U West Georgia Warriors’ Jermain Smoke. They say where there’s smoke, there’s fire. Whoever ‘they’ are weren’t lying. Smoke was on fire in WGW’s 65-62 overtime win. He scored 33 points before fouling out.