Top overall performers at the 2019 HoopSeen Best of the South, part III 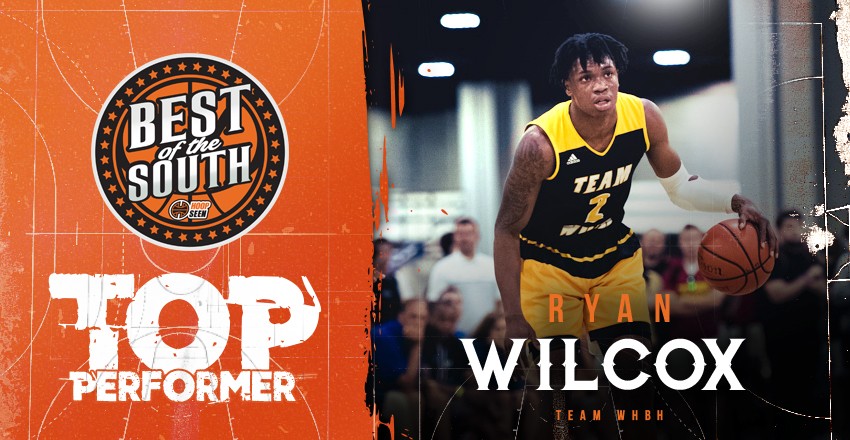 The 2019 Best of the South was trending during the NCAA Live Period. With over 325 teams from 31 different states represented, the Georgia World Congress Center was the place to be for independent teams this summer. Who stood out? Our staff saw thousands of players, hundreds of games, and hundreds of teams. Meet our third round of top performers from the stage of the summer.

Shooters shine in July. That theory has always held true no matter the situation. At the Best of the South and for the 7-0 Fury squad, Henry was a flamethrower from three. The lefty drilled 21 three-pointers over the course of four games. Henry was consistently good in Atlanta. His recruitment is starting to grow legs since the tournament came to an end. Radford has offered him. He’s one of the best shooters that we’ve had on our HoopSeen stage this year. As teams continue to scour the country looking for perimeter weapons, Henry should be a player worth further exploring. - Justin Young

Standing 6-foot-6 and now over 200 pounds, Roach is a big-bodied wing that can shoot with the best of anyone at our event over the week. He showed toughness on the defensive end and with his ability to rebound the ball against bigger forwards. I thought he moves well without the ball and has a high understanding of spacing to get his shot off from beyond the three-point line, where he can hurt you the most. His stock as low-to-mid major recruit has taken a boost after his play this week. - Justin Byerly

Another Team Parsons product, another college prospect. That sums up how deep this team is and Sears was one of the top performers all week at The Best of the South. The 5-foot-10 guard controlled the pace of the game throughout the week for Team Parsons and had one of his best showings against a Minnesota Fury team that was loaded with prospects, scoring 21 points. He is an aggressive guard that is at his best when attacking and is athletic enough to score over bigger defenders. His stock rose this week and Gardner-Webb University offered the point guard out of Mainland HS in Florida. - Justin Byerly

Some prospects are simply just overall good basketball players. That is the case with JP Primm coached Team WHBH forward Ryan Wilcox. He has a college-ready body coupled with elite athleticism. He loves attacking the defense, taking it right to the opposition any time he can. He loves to get out in transition and drop the hammer on an unwilling defender with his quick rise to the rim. He doesn’t do anything great but he does a lot of things really good. He consistently played with a non-stop motor at The Best of the South. He picked up an offer from Florida College during the weekend portion of the event. - Justin Byerly

Thompson came into The Best of the South as a relatively unknown prospect this side of the Mason-Dixon Line but left with college coaches knowing who he is. The 5-foot-11 point guard out of Our Savior Lutheran in The Big Apple already had eleven offers coming into the tournament and surely will add to that list. He just gets it done every game. He controlled the game for The Dragons using a blue-collar approach. He was a consistent shooter from the three-point line all four days and was the main facilitator for The Dragons distributing the ball to his teammates on numerous assists.- Justin Byerly