Top overall performers at the 2019 HoopSeen Best of the South, part II 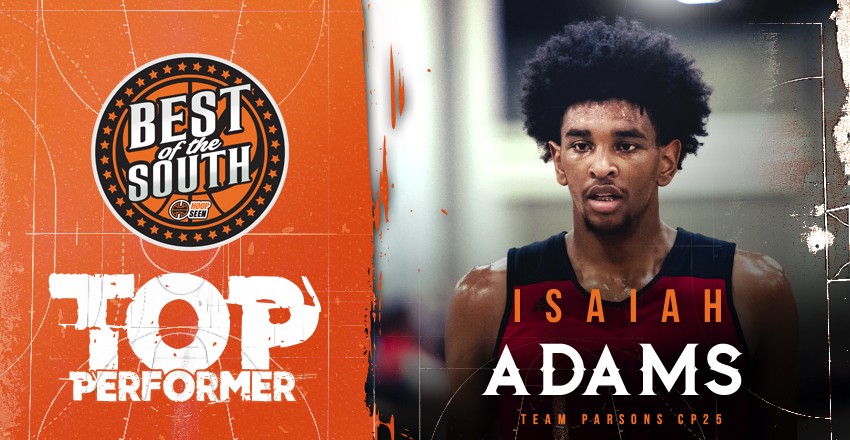 The 2019 Best of the South was trending during the NCAA Live Period. With over 325 teams from 31 different states represented, the Georgia World Congress Center was the place to be for independent teams this summer. Who stood out? Our staff saw thousands of players, hundreds of games, and hundreds of teams. Meet our second round of top performers from the stage of the summer.

At first look, Amadi passes the eye test with flying colors. He has a chiseled frame and can jump out of the gym. What he provided for a very good Upward Stars Upstate Team was toughness and rebounding. He gets most of his points from around the rim and the free-throw line. That is something that college coaches have always been a fan of. He can change the momentum of a game with one ferocious dunk. He thrives at attacking the rim off one or two dribbles and going up. Another impressive attribute with Amadi was his second jump, he is back in the air before the opposition comes down on the initial rebounding opportunity. He left college coaches at The Best of the South very intrigued. - Justin Byerly

There is a lot to like about the length and shooting ability of the 6-foot-6 Team Parsons wing. His ability to stretch out the opposing defense with his shooting is on the mid-to-high collegiate level. He is a super rebounder on both ends and can handle the ball on the perimeter and in transition. His motor to me was never in question and he gives it his all on every possession. Adams and Team Parsons was with our HoopSeen platform at nearly all of our events and was consistent in his play during each stop. His recruitment story is filled with offers from mid-major programs coupled with an offer from Iowa State. I would expect some other high-major programs to offer after his play this week at The Best of the South. - Justin Byerly

Consistency with not turning the ball over and making good decisions with the ball are necessities for a next level point guard. Bryson does those two things at a college level. He is unassumingly quick in the open floor and loves to attack the defense. He stays under control and is a vocal point guard for the well coached Tennessee Bobcats. The one-time Tennessee Tech commit had a really good showing from the mid-range with his shooting ability and is an above average passer. His recruitment has some Division Two schools involved and I could see a low-major academic school pulling the trigger soon. - Justin Byerly

The big man in the middle for the top performing 17U team in the tournament was key in his team’s 7-0 run in Atlanta. Hutson used his 6-foot-10 frame to hold off other rebounders. His hands are soft and strong when the ball comes off the rim. On the offensive end of the floor, he showed that he can step out and knock down three-pointers with ease. He also converted free throws. When the offense came inside, Hutson scored with ease. He also proved himself as a quality passer to his terrific shooting teammates on the wing. He came into the Best of the South with a half dozen offers. It will be interesting to check back in with him in a week to see how many new schools jumped into the picture. - Justin Young

The biggest question mark for Porter coming into this last evaluation period was his shooting ability. With his performance this week and I mean every game, Porter squashed his ability to consistently shoot. Hailing from an area in North Carolina that produces high-level athletes in all sports, Porter wows with his toughness and his athleticism. He was involved in at least some capacity on every possession for Team Trezz throughout the week. His play on our platform could not have came at a better time in the recruiting process as Texas A&M offered the 6-foot-5 wing.- Justin Byerly