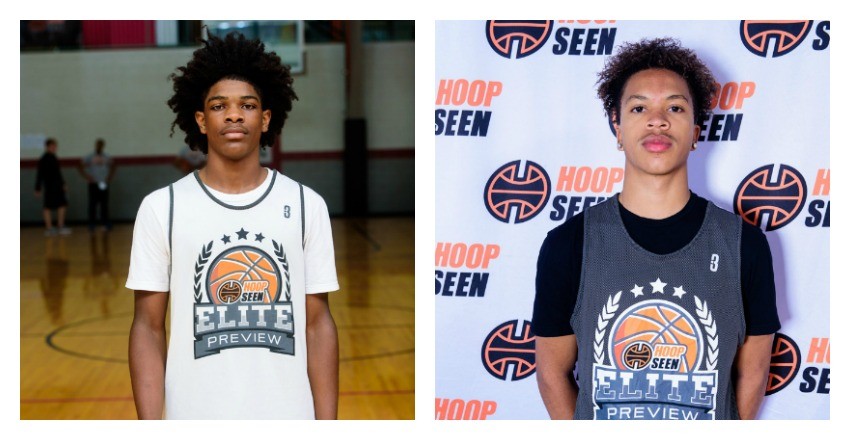 The Elite Preview 2021-2022 camp is in the books and now we begin to look back at all of the players who competed in the biggest stage of the Fall.

Robbie Armbrester, 6-5, SF, Therrell, 2021: One of the five most impressive players at the camp, the do-everything forward was a consensus top performer from our coaches and scouts. Read more about his performance HERE.

Jaylon Brown, 6-2, PG, Alexander, 2020: The speedy guard played with a high motor throughout the event. Brown bought in and played the role as a great defender. He’s speedy and shined in transition. His shot has a nice form to it and he knocked down the open shots.

Amir Green-Jones, 6-2, CG, Maynard Jackson, 2022: The lefty showed off a nice shooting touch throughout the camp. Must continue to build confidence.

Joyful Hawkins, 6-7, PF, Brunswick, 2022: The active forward was productive around the rim throughout the camp. He was one of our top overall performers. Read more about his showing HERE.

Scoot Henderson, 6-0, CG, Kell, 2022: I love a prospect that plays with a little fire to him and that’s exactly what I got with Henderson. He plays like his name suggests, making his rounds around the court as quick as anyone else. His moves pop as he changes speeds going from full speed, to a crawl and then somewhere in between. There are several gears for the Kell guard to choose from thus making his speed and quicks a weapon even when a move isn't used.  That same speed gives Scoot the potential to be a standout on the defensive end as well. His tenacity and quicks could make him an overwhelming 94 feet defender that could cause several turnovers a game. There’s a lot to like, and there’s a lot to work on. But with so much fire in one player, I have to believe he will figure it out.  - Tai Young

KJ Spooney, 6-2, PG, Centennial, 2021: Deceptively quick first step. Stretches out long for layups. Shot didn't drop consistently but he routinely got to his spots. Good rebounder. His dribble pull-up was his go-to move.