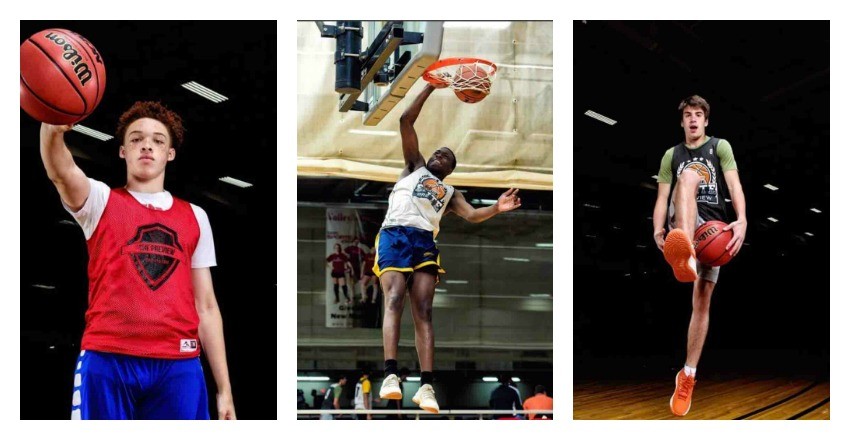 The Elite Preview 2021/2022 camp is in the books at this year's group of freshmen and sophomores came strong on Sunday at Suwanee Sports Academy. Our staff of coaches and evaluators break down the top overall performers. Meet the first wave of the top dogs from the event.

Robbie Armbrester, 2021, SF/PF, Therrell High School: Talk about making a statement -- that's exactly what Armbrester did to open up things on Sunday. The 6-foot-5 forward set the tone early with his brute strength, raw athleticism, and endless versatility. With long arms and quick feet, Armbrester was able to guard anyone on the floor while being an inside-outside threat on the offensive end of the floor. In an era that emphasizes position-less basketball, Armbrester is a prospect that will fit right in as a Draymond Green-type player. - Garrett Tucker

Broc Bidwell, 2021, West Forsyth High School: One of the best point guards in the camp, Bidwell was so much fun to watch. He attacked the rim with his elite level ball-handling. His feel fo the game is next level. Love how hard he competes on both ends of the floor. He’s a fierce competitor and wanted to guard. As the camp grew older, he got better and more purposeful as a shooter from three. - Justin Young

Robert Cowherd, 2022, SG, Holy Spirit: Cowherd instantly passes the eye-test with his strong 6-foot-2 frame, and he used that to his advantage over the course of the day. The freshman thrived at attacking the basket and finishing through defenders with his strength, but he also kept defenders honest with his shooting ability. Cowherd was automatic with his mid-range pull-up jumpers and mixed in some three-point makes, too. He displayed his high IQ and understanding of the game as he always made the correct play each time down the floor. Playing alongside Anthony Edwards at Holy Spirit Prep, prepare to hear a lot of the name Robert Cowherd. - Garrett Tucker

Anthony “TJ” Grant, 2022, SF, Veterans High School: TJ was the best player that I watched at the camp. He is a big fluid wing that can ball handle, has a motor, and can really finish in transition. He knows how to get to the rim using an assortment of euro steps and he has great vision to slide through small creases making his way into the paint at will. He has a really nice touch around the rim, rebounds, and competed every time he stepped on the court. He reminds me a lot of Chuma Okeke at the same stage. He is a better athlete but not quite the rebounder that Chuma was. Like all young kids he needs to continue to improve his strength and he also has to improve his range along with his low slow release on his jump shot. - Darryl LaBarrie

Tyler Shirley, 2021, F, Pebblebrook High School: The 6-6 wing was always in attack mode in the camp. He got to the rim with little push back. He’s a versatile inside/outside guy and had success at both levels. Shirley was a nice pick and pop player and drilled his face up jumpers. Athletically, he surprised some defenders with his quick springs at the rim. He was also one of the top overall rebounders at the camp. Shirley has similar traits to Jamir Chaplin, a high-major wing with a state championship under his belt. Shirley is a better shooter at this stage of his player development. - Justin Young