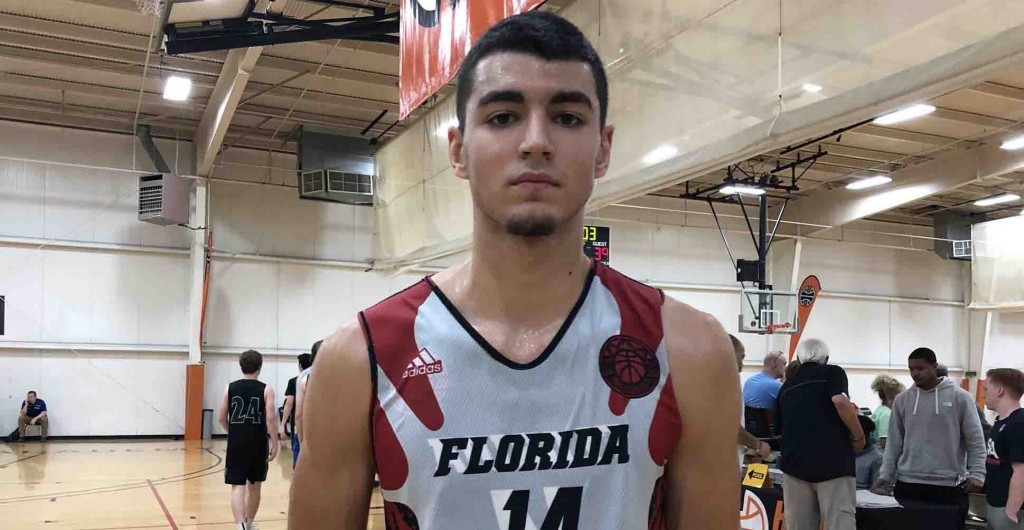 Miguel Ayesa, Florida Elite, 2018, SG (pictured above): What a terrific weekend for the unsigned senior. He’s a sniper from deep, connecting for nine three-pointers in a game to the tune of 31 points in the contest. Ayesa is a consistent all-tournament selection at our events over the years and one of the best shooters in the field time in and time out. Ayesa was a 15 point per game scorer at the Atlanta Jam and a worthy prospect of a low-major school looking for a perimeter threat here in the late signing period. - Justin Young

Julius Dixon, EAB, 2019, F: A big three-point shooter that wins? You better believe it. Dixon had a great weekend at the Atlanta Jam, proving himself as a perimeter threat worth noting. He drilled 13 three-pointers during EAB’s championship run. He’s a key member of EAB’s double Live Period sweep and a 10-0 record at our Jam series. Dixon had a host of mid-major schools watching, including head coaches from at least half dozen programs. Dixon owned the stage in Atlanta over the weekend. - Justin Young

Brock Jancek, TN Bobcats, 2018, PF/C: The word potential is one that is thrown around a ton when determining whether or not they should get involved with a prospect in recruiting meetings. One thing that may go understated is a players productivity over the course of several attempts to evaluate him. Jancek put up big numbers at our Atlanta Jam regardless of the foe placed in front of him. Big men that can score around the basket aren't easy to come by, especially as we head into the summer. Coaches should take a moment to peel back the layers on this Bobcat big man to see how he could make a late splash on their roster. - Tai Young

Jaren Phillips, AC Georgia, 2019, SF: The Florida product caught some coaches attention with his play in tough moments at this past weekends Atlanta Jam. Guys that can put the ball on the floor, guard their position and knock down shots have a ton of value. There were times in close situations where Phillips looked to separate himself with a well-timed play. Programs that are in need of solid floor stretchers will begin to look at the next Division I prospect for AC Georgia. - Tai Young

Brady Spence, Atlanta All-Stars, 2019, PF/C: At 6-foot-9, Spence has all the essential tools for a quality big man. With good hands and mobility that stretches to the perimeter, the junior is an intriguing prospect for a variety of levels. Spence hit some 15-footers consistently and wasn't afraid to battle in the paint, too. This is definitely a player to buy stock in now. His best basketball is on the horizon. - Garrett Tucker