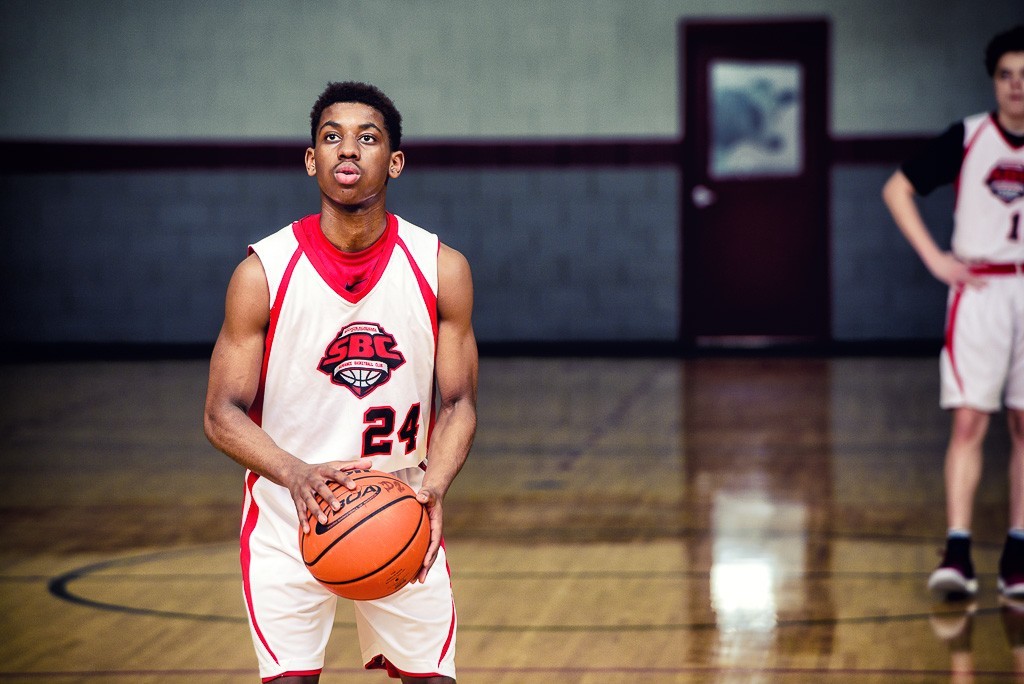 As we continue to roll out our notes from the 2018 HoopSeen Atlanta Jam, we dive deeper into the 17 and under division. Our second roll out of top performers from the rising senior division looks closer at some terrific guards.

Josh Birdsong, Pro One Select Navy, 2019, SF/PF: Birdsong set the tone for Pro One Select Navy on Friday with his motor and activity on both ends of the floor. That play carried over for the next few days as the 6-foot-5 forward was one of the most productive players in the 17U age group. Birdsong is valuable because of his versatility and ability to defend and rebound. He defended multiple positions and was able to create plays with his ability to put the ball on the floor. Birdsong could be an ideal small-ball 4 man that gives opposing teams a headache. - Garrett Tucker

Hunter Cattoor, Team M.O.A.M., 2019, PG: Sometimes keeping it simple and the easy play is the most effective thing you can do during the live period. Cattoor proved that throughout the weekend as the 6-foot-2 point guard made the correct play each time down the floor. The junior has a high basketball IQ and a deep understanding of the game -- just ask his teammates. Cattoor set up teammates for easy baskets time and time again. He may have been the most effective point guard in the #ATLJAM field. Add that to his shot-making ability and tough finishing at the rim and Cattoor is sure to be a priority prospect for mid-major programs. - Garrett Tucker

Trae Hannibal, Carolina Wolves, 2019, G: Where ever Trae went there seemed to be a row of Division 1 coaches that followed him court to court. Trae's name has been ringing through the southeast and that won't slow down after this showing. Trae appears to have added a new dimension to his game since our last viewing of him as he operated out of the low post a ton this weekend. That could be a unique element for such a compact player that has a strong first step and enough athleticism to spare. Trae shook off a tough start to the weekend and got back to his usual downhill self to have a productive finish. He flirted well with the line of scorer and facilitator, something that I'm sure the coaches in attendance don't have a problem with him doing. - Tai Young

KJ Johnson, EAB, 2019, PG: He is the pilot to the top team in the Atlanta Jam and played with speed and purpose throughout the event. His blow by dribble opened up the floor for his teammates and he found his shooters on the wing, his big men down low and even scored when he needed to. Johnson was one of the best point guards in this year’s field earned his space on this list. Johnson was just terrific throughout the event. - Justin Young

Dee Merriwhether, Memphis Prep, G, 2019: There were rumblings in our office all week about the high scoring guard that had a chance to come in and make some noise at out Atlanta Jam. A recent foot injury didn't slow him a bit as Dee Merriwhether made an impact his first game of the event. What I saw was a guard that could ring out points in a succession that would force a coach to burn his timeouts for adjustments. It's tough to contain a player with a good burst that's able to stop on a dime and show off his quick stroke. Dee had moments that he looked unguardable, typical of a Memphis guard that's been around the game for some time. This Memphis Prep standout hit tough shot after tough shot and will continue to do so at the next level. - Tai Young

Donnell Nixon, II, SBC, 2019, PG (pictured above): Nixon was one of, if not the best, passer in the field. He took over the game in the 17U Black championship game in the second half with his scoring touch. Nixon is an understated guard that picks his spots to beat you. He’s the epitome of a “winning plays” kind of guy and has been such since he’s played at our events over the years. Nixon capped off that great run with a championship at the Atlanta Jam. - Justin Young