Other standouts from Gulf States Cup I 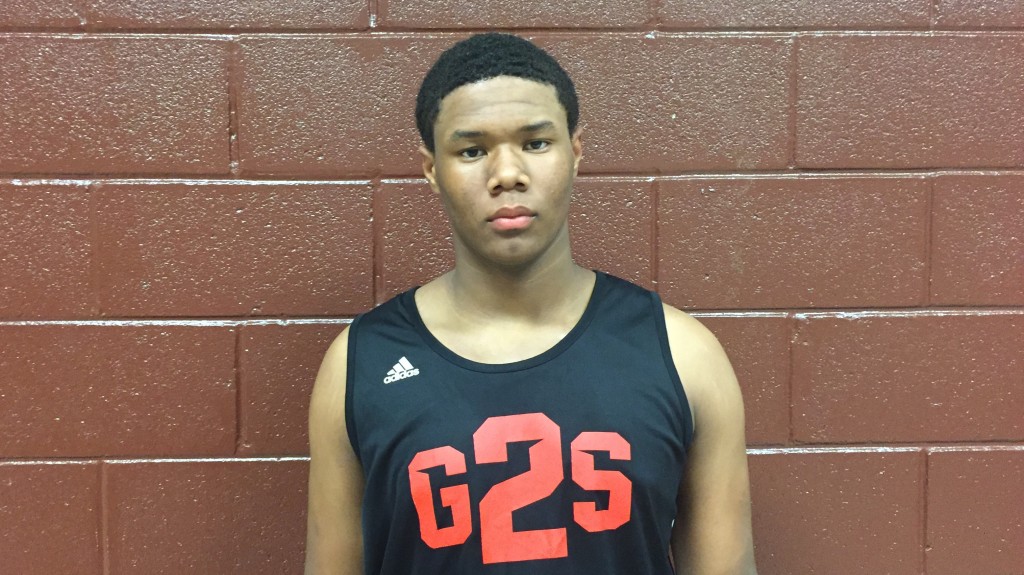 The first stop of the Gulf States Cup took place in Huntsville, Alabama this weekend with some of the best talent in North Alabama and the surrounding areas in attendance.

Braxton Holland, 2019 PG, Hawks Elite: Holland came out with a point to prove and he did that on Saturday for the Hawks Elite. The Decatur (AL) Austin point guard has always been known as a player that can handle the basketball, but over the weekend he showed his ability to score the basketball, too. Holland has been working on his shooting touch from the perimeter and did a nice job of knocking down shots.

Trent Freeman, 2019 SG, Alabama Generals: Freeman was one of the best shooters from the weekend, as he knocked down several 3’s in each game he played. The 6-foot-2 guard from Fairfield (AL) is a high-level shooter that can make shots in bunches. He was a nice find from the weekend and we are excited to continue watching him this travel season.

Bryson Hall, 2021 PF, G2S Kings: Hall (pictured above) made a huge splash on Friday night in the G2S Kings 16U game and he continued that statement into Saturday. The 6-foot-6 big man is a lot to handle with his size, but he also possesses a great set of hands and an impressive skill-set. Hall was able to take opposing players off the dribble and overpower them at the rim. He is a legitimate threat to score with his back to the basket or facing up. He was a driving force for Tuscaloosa (AL) County during the high school season.

Carson Muse, 2023 SF, North Alabama Stars Elite: There may have not been a better stat-stuff over the weekend than 7th grader Carson Muse. The 6-foot-2 forward is a jack-of-all-trades type player. He flirted with triple-doubles throughout the weekend. With his size and versatility, Muse has the ability to dominate games at his level. He does a good job of not only scoring for himself but also creating opportunities for others.

Dane Harding, 2020 CG, Pro One Select Navy: I’ve been a big fan of Harding for a while and he continues to show the flashes of why he will be great in the next few years. Currently standing 6-foot-3, he continues to grow and his game continues to improve. A cerebral perimeter player with the ability to play multiple positions, Harding made the right decisions throughout the event. He also showed a scoring initiative and made it a point to be a go-player for his team.

Chris Mayweather, 2019 SG, Birmingham Panthers: I’ll be the first to admit, I’ve missed the boat on Mayweather to this point. The 6-foot-3 wing had a nice season at Oak Mountain (AL) and was on full display this weekend. Mayweather has an elite motor that doesn’t stop. He’s tough, gritty, and a nightmare for opposing players. He jumped onto my depth and will be a new name I will continue to track.

Wren Cole, 2020 CG, Hawks Elite: No matter the setting, Cole is guaranteed to be productive. The Danville (AL) guard isn’t the flashiest player on the court but he fills the stat sheet and does the things needed to win. Cole makes good decisions on the floor and keeps defenders honest with his ability to shoot the ball. He had a solid weekend with the Hawks Elite 16U crew.

Kareem Thompson, 2019 CG, Alabama Generals: Johnson played for the Generals this weekend, but he will be with the Alabama Elite Stars for the rest of the year. Nevertheless, the Florence (AL) product made the most of his weekend. At 6-foot-4, Thompson shoots the ball really well from behind the arc. However, the most impressive aspect of his game may be his vision and passing ability. He made several eye-opening passes to teammates for easy baskets over the course of two days. Thompson is another guy that could have a big travel season.

Kiah Key, 2023 SG, North Alabama Stars Elite: The son of Hartselle High School coach Faron Key, Kiah was no disappointment for our staff. The 7th grader has a promising future with his ability to shoot the basketball from all over the floor. The youngster has a good head on his shoulders and will be one to monitor as he gets closer to his high school career.

Cam Glover & Corey Boston, 2020 guards, Alabama Celtics: The Alabama Celtics don’t necessarily have any studs but they play so well together and get things done. The backcourt of Cam Glover and Corey Boston sets the tone for the entire team. Glover, a skilled lefty, had a strong weekend and made some big plays throughout the weekend. He’s tough and can play both guard spots, but he did a nice job of keeping defenses honest with his shooting and scoring ability. He and Boston meshed very well together because of Boston’s ability to create opportunities for teammates with his playmaking ability. The team has a stable of guards, but it looks like these two may be the catalysts for the rest of the travel season.