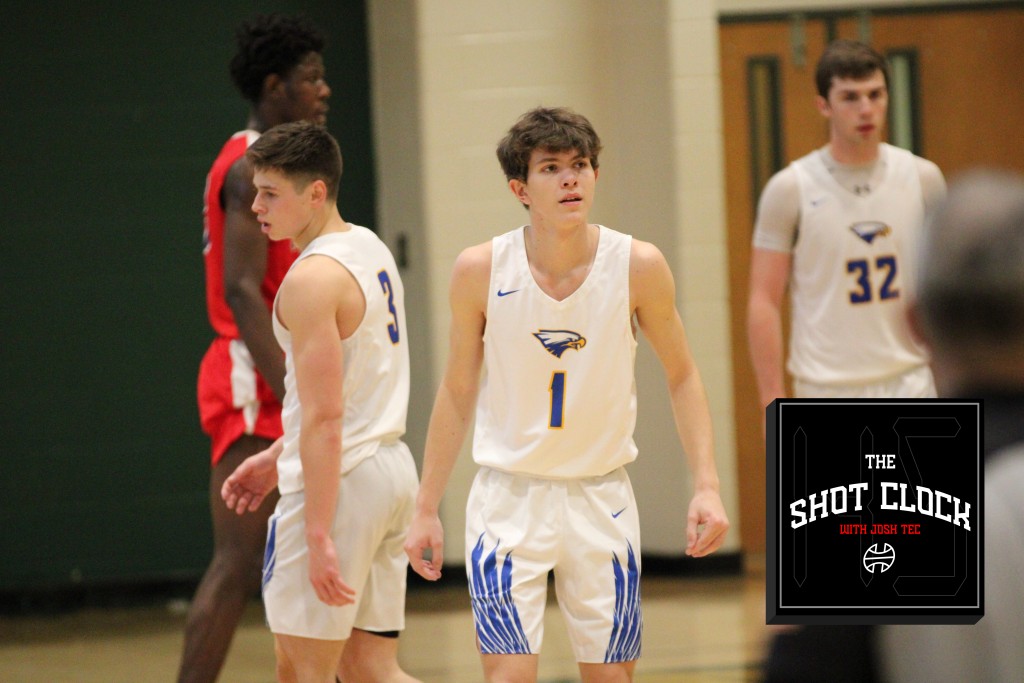 Happy College Football Championship day everyone! Truthfully, I’ve lost almost all interest in college football aside from some marquee matchups and some rivalry games. I have a hard time getting invested in bowl games, and the CFP semifinals always suck. I’ll still tune in tonight, but I’ll probably be reading a book at the same time or something.

Also, if anyone reading this started school today, I hope you have a smooth semester! I love school. If I could perpetually take classes and learn new things, I would. Unfortunately, college is expensive, so the rest of my learning will have to be done in some other way.

Thank you to Grayson for hosting the New Years Classic this weekend. It was an awesome event, and it’s where I want to start this off. I’m using the first segment of this column as a defacto notebook for the event. Think of it as a quick recap.

I think I’m out of thoughts for the top, so let’s dive in.

Last season, Osborne struggled and went just 8-14 on the season. However, that was last year. This year’s Osborne team is undefeated and just improved their record to 11-0 with a win over Providence Christian at Grayson’s New Years Classic.

Christian Carroll has been having a terrific season for the Cardinals. The physical forward continued that on Saturday when he led them with 15 points and 8 rebounds. Of course, Zocko Littleton has been great as well. The App State signee added 14 points and 7 rebounds.

This season’s Osborne Cardinals are not to be taken lightly. Their perfect record should serve as an indication of that.

Man, when the shots are falling for Etowah, the Eagles can really rain them down on opponents, and against Cumberland Christian, there was a torrential downpour.

The Eagles hit 15 3-pointers in the game, and 12 of them came from Brandon Rechsteiner and Jonah Hamilton. Rechsteiner hit all five of his in the first half while Hamilton spread his seven out throughout the game.

Because they left with a 71-68 win, Etowah needed every triple they got. With the number of reliable shooters they have on the floor more often than not, Etowah is going to be able to replicate this type of performance time and time again.

I saw Pace on Friday and Saturday, so I’m factoring both games into this. The Knights rolled their opponents both times despite coming out of the gates slow. After looking a little off in the first quarter of each game, Pace proceeded to turn on the jets and blow by Lovett and South Gwinnett.

Josh Reed and Bryson Tiller led the charge for the Knights in both games. Each averaged double-doubles over the course of both games and had those nobody-is-stopping-them stretches of play.

The moral of the story is that if you get up on Pace early, don’t get too complacent because they have the talent to catch up to you in a hurry.

When a bulldog is used as a descriptor, I think of stout toughness. It’s one of the dog breeds used to reference a certain mentality on the court. You know what I’m talking about.

North Gwinnett showed that type of spirit on Saturday in their overtime war against Eagle’s Landing. In a back-and-forth affair, resiliency won out, and on that night, North Gwinnett had the edge.

It was a physical game in which neither team had the decisive advantage, but down three with 0.8 seconds on the clock, Thomas Allard was fouled while shooting from about half court. Miss a free throw, and Eagle’s Landing wins in regulation. Make three free throws, and the game goes to OT. Calmly, one of the state’s best shooters steps to the line and sinks all three of his shots to extend the game, and ultimately, help the Bulldogs secure the hard-fought win.

Since we’re on the Bulldog topic, shout out to the Georgia Bulldogs, who’re getting ready to play for a national championship as I’m publishing this. I’m personally not a Georgia fan—I’m indifferent on them—but I know a lot of y’all are, so this is for you Georgia.

Ramming their way to Victory

The Grayson Rams—gracious hosts of the New Years Classic—headlined the night with a win over a tough Windsor Forest squad.

The Rams were led by Gicarri Harris and Tyrese Elliott. The Grayson backcourt combined for 39 points in a 75-67 win. Khylan Fox and Jalen Oglesby gave them some terrific minutes when the game was in question too.

Oglesby is the ultimate glue guy. He can fill multiple roles, and he gives Grayson a tough, vocal leader. This roster is loaded with great players, so it’s easy for him to get lost in the mix, but Jalen Oglesby is an integral part of this team. He’s the kind of guy who I could see making winning plays in a tight playoff game.

Despite a surge from the Knights, and a mighty 19 and 14 performance from D’ante Bass, Grayson was able to defend home court.

Where in the Peach is Josh Tec

I started off last week with a Milton region game, so I didn’t want to do it again this week, but this matchup is too interesting to pass up. The Eagles got the best of the Eagles in their last meeting, but the Eagles are hosting this time, so homecourt could prove to be a difference. Make sense?

Seriously though, Kanaan Carlyle is playing as well as anyone in the state, and Brandon Rechsteiner has been having a phenomenal season as well. Seeing those guards go at it will be a show.

If I can get the opportunity to see Rabun Gap without having to make that drive, I’ll gladly jump at it. While the mountain landscape makes for a beautiful trip, the drive to Buford is much more manageable. Nate Brafford and Rabun Gap’s huge front line will have a tough task on their hands. Jaylon Taylor and Alahn Sumler are both having outstanding seasons for the Wolves and have proven to be a handful for most of the teams on their schedule.

Last season, these teams met four times and developed something of a rivalry. Wheeler took the two regular-season games while Kell won a double OT thriller in the 6-6A region tournament. The two navigated through the 6A state playoffs and met in Macon, where the Wildcats won their third game in the series and held up the state title.

This is going to be the first of their battles this season, and if we get a game half as good as the ones they played last season, it’ll be one of the best of the season.

Columbia has been on my list of teams to see since the beginning of the season, and this is a great opportunity to do so. Mason Lockhart and company will be seeking to lock up the sensational scorer that is Christian Anderson.

This is going to be an interesting slate of hoops. There are a lot of Florida teams coming up to take on some of Georgia’s best. However, this event is headlined by the teams who have proven to be the best in Georgia.

Newton and Pebblebrook will square off in a much-anticipated battle. This one will be highlighted by two of the best backcourts in the area squaring off. Newton’s stable of high major juniors will have an uphill climb against Pebblebrook’s relentless seniors.

It’s going to have state championship vibes to it.

This is an interesting category this week. I had to sit down and think about it because there were so many directions I could go. Purposefully thinking about it did me no good. This week’s best thing was something that just kept popping up in my mind again and again. That was Bryson Tiller, his improvement, and his upside.

It was almost a year ago when I saw Tiller for the first time at HoopSeen’s NextGen Jam. He was playing 14U, and his potential smacked me right in the face. The next time I saw him was a little over a month later, and he was playing with the 17U Atlanta Xpress team. Already, a massive jump. The potential remained, but the dominance wasn’t there yet. As is to be expected with a player his age, he looked like someone who was still finding their way.

Now, he’s playing on one of the state’s most respected high school teams, and he’s looking like he’s establishing some of the confidence and aggression of a future star. I saw Tiller on back-to-back days this weekend, and he averaged 15.5 points and 10 rebounds in those two games.

We’re getting more and more flashes of the dominant player that Tiller has the potential to be. One play that specifically sticks out in my mind was the one-handed put-back dunk he threw down against Lovett on Friday. I haven’t been in this basketball space for very long yet, but I’d venture to guess that only special freshmen are the ones making those kinds of plays.

Yes, he’s young. Sure, there’s still plenty of development to go for him. But, it’s hard to not be enamored with what I saw out of him this weekend. My enthusiasm is more prominent now because I can reflect on watching him in a middle school event just a year ago.

It was a busy week for my keyboard, if you missed anything here’s a look back on the week that was.

I finished my coverage of the Tournament of Champions and the Champions Classic with some lists of the guys who caught my eye.

Kanaan Carlyle announced his commitment, and I touched on that.

Finally, I published my weekly list of standout performers from the week's games I took in.

Thanks for reading, again. Have a happy Monday, and I’ll see you right back here next week if I don’t see you in the gym before then.