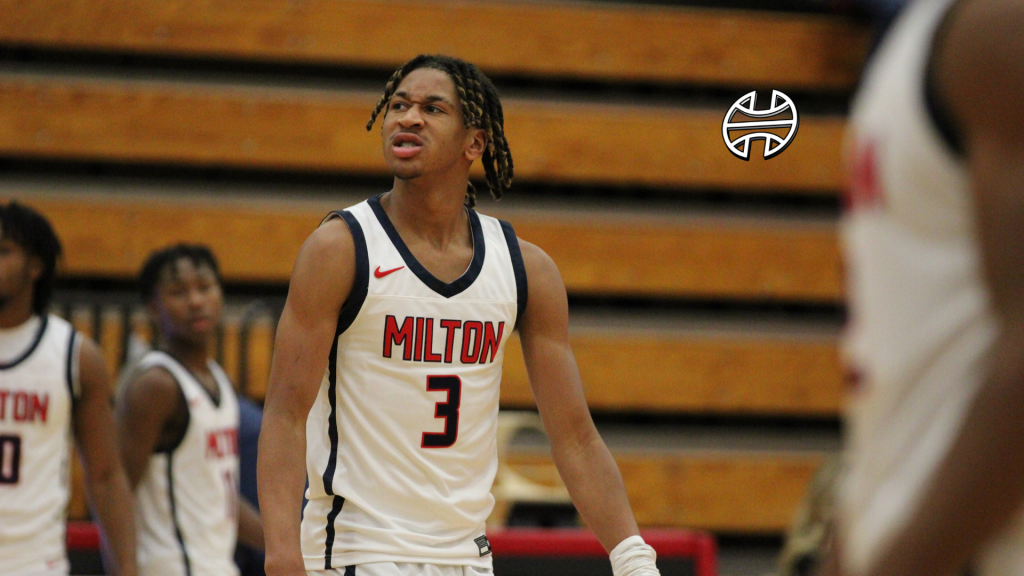 Kanaan Carlyle, one of the top guards in the 2023 class, announced his commitment to Stanford. Carlyle chose the Cardinal over Auburn, Baylor, Florida and Kansas.

The 6-foot-2 guard out of Milton High School is a high-level scorer who can fill it up from all levels and great athleticism. But, what stands out the most about Carlyle’s game is his competitiveness, especially on the defensive side of the ball. Tenacious is the aptest descriptor that comes to mind. He wants to be the guy who shuts down the other team’s best player on defense.

At the prestigious City of Palms tournament in December, Carlyle was names to the All-Tournament team, and he followed that performance up by claiming the Most Outstanding Player award at the Beach Ball Classic.

Currently, Milton is undefeated in their region and will be looking to repeat as 7A champions come March. Despite some tumult early in the season, the Eagles are playing their best basketball right now, and much of that success can be attributed to Carlyle’s output.

Carlyle posted 22 points and 7 rebounds in Milton’s most recent game.

In two of the last three recruiting classes, Jerod Haase and company have brought in a consensus top-25 prospect. Carlyle’s commitment continues that trend of success at Stanford.