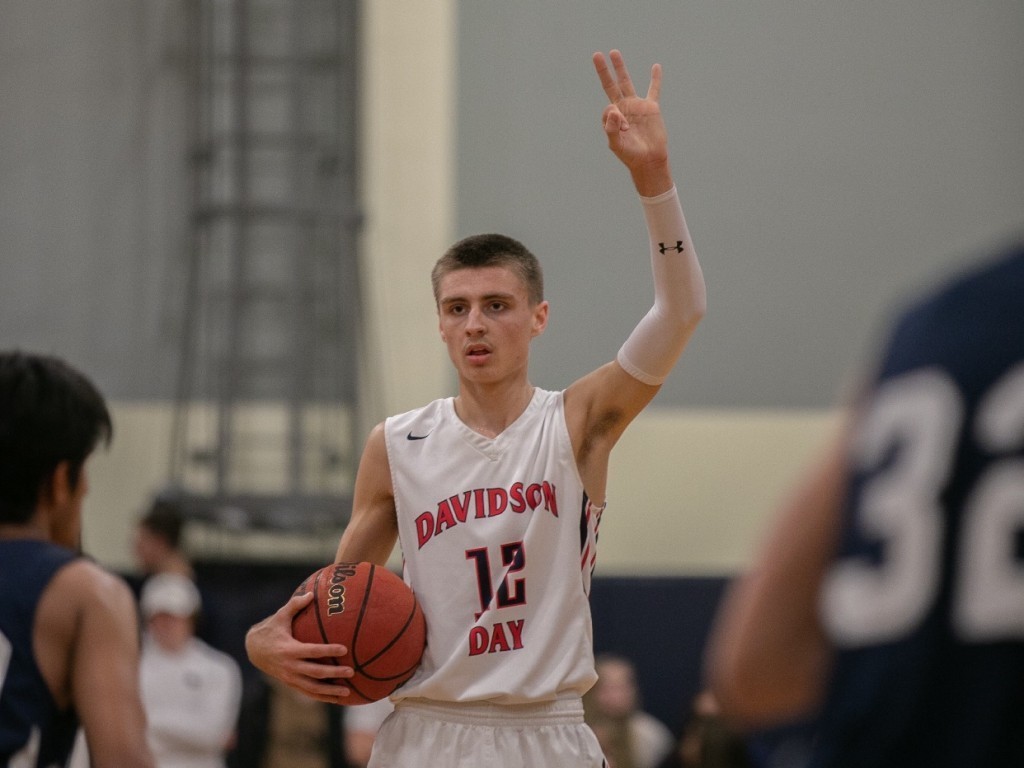 One of the top guards in the region, Jackson Threadgill out of Davidson (NC) Day announced last night that he will be playing his college basketball at Charlotte. His recruitment took quite the turn in July playing with PSB Elite as Tom Crean and Georgia came on hard. Threadgill had a final three of Georgia, Wofford and Charlotte and all signs pointed to the SEC school as the future landing spot for the skilled shooter.

Charlotte and their staff had been on Threadgill the longest and the chance to play at home was the key factors for him in choosing the 49ers.

“The consistency Coach (Ron) Sanchez and Coach Vic (Sfera) had throughout this process played a big part. Coach Vic has been recruiting me since I was a freshman and he was at Liberty. I built a great relationship with the staff. I know that I am going to thrive there. The plan that Coach Sanchez has for Charlotte is something I want to be apart. The system they run and the guys that coach Sanchez has coached, like Klay Thompson and Joe Harris, really fits me and I find myself being most successful,” Threadgill said.

Threadgill can come in and be a significant contributor from his first days on campus with his shooting ability and his understanding of the game.

HoopSeenNC’s #4 ranked Shakeel Moore took a visit to Providence over the weekend and had nothing but high praise for the Rhode Island school. “Campus was beyond beautiful! Most wonderful staff I’ve ever been around.”

2020-point guard Cam Hayes announced this week his commitment to NC State in the same class, all but ruling out Moore to The Wolfpack who had a visit scheduled for this weekend but has now canceled that trip.

Wichita State, Georgetown, Ole Miss and Depaul have been in to workouts this week at Moravian Prep to see the electric guard.

Moravian Prep 6-foot-9 forward Javarzia Belton has scheduled an official visit to The College of Charleston for this weekend. Belton had a strong travel season with Team Loaded NC and is one of the most physically gifted players in the region.

The HoopSeen Preview Camp is coming to Charlotte, North Carolina this weekend at Queens University on September 22nd. Prospects in the 2020, 2021, 2022 and 2023 class will have a chance to start their story in front of our HoopSeen staff.

The Chick-Fil-A Classic, held in Columbia, South Carolina at Richland Northeast High School has announced their line-up for this year’s tournament. The Classic will go back to the dates that had made this a great event to see before Christmas, starting on December 19 and running through the 23rd.

For me, this is the biggest story of the week. HoopSeen is making their way to North Carolina for an NCAA Live Period event in the capital of North Carolina at The Raleigh Convention Center. Teams from all over the east coast will make their way to this event scheduled for April 17-19. We will have twenty courts at The Raleigh Convention Center, all under one roof. Read the press release here.