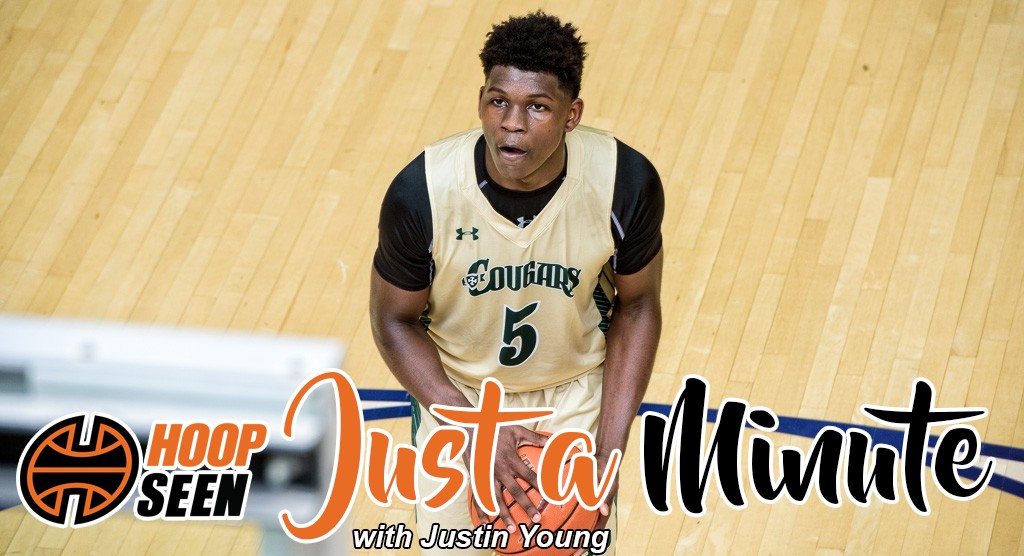 The turkey is no longer and those leftover plates have served us all too well. Thanksgiving week is in the books as is the early signing period. We have a lot to talk about in this week’s Just a Minute column. Anthony Edwards and James Wiseman lead the charge.

Anthony Edwards moved to the class of 2019. With that move, we instantly moved him into the number one overall spot nationally in the class. The Atlanta native is the most dynamic scorer and perfect for the way the professional game is played. To us, he’s the no-brainer player for the top overall spot in the 2019 class. Mind you, the 2019 group hasn’t really had a player that snatched the spot and dominated it, well, in quite a while.

The top three now looks like this for the class of 2019:

The class also marks the best recruiting class the Tigers have pulled in since John Calipari was at the helm. There were several critics of Memphis’s handling of former coach Tubby Smith’s ousting and replacing with Penny Hardaway.

The charge to the former Memphis State star and local sports icon was this - bring in the best players. So far, Penny is doing just that.

The ripple effect continues all the way down to the class of 2020 in the state of Georgia and nationally.

Brandon Boston now stakes claim to the top spot in the class of 2020 in the state of Georgia. Boston is also No. 4 overall in the class of 2020 nationally. The top of the 2020 class is looking real strong, despite Edwards leaving the class. The amount of dynamic players in the junior class is impressive.

The top five now looks like this for the class of 2020:

SW Dekalb beat Norcross at the Holiday Hoopsgiving event. It was a pairing of two of my state championship picks in the state of Georgia.

SW Dekalb beat Norcross in the heavyweight nightcap on Friday night. One of the main reasons was the play of Eugene Brown, III. The 6-foot-6 junior wing had 25 points on 8 of 14 shooting and his seven threes in the win.

Brown picked up offers from Xavier and Kennesaw State after the event. Clemson is a major player here and Alabama, Ole Miss and Middle Tennessee are also in the mix (he’s visited these schools already). Georgia Tech, Virginia Tech and Mississippi State are too.

He’s also climbing in our rankings. Currently rated as the eighth-best junior in the state, don’t be surprised to see him climb as high as No. 5 overall in the loaded 2020 class.

Jayln McCreary made his return back to his native Atlanta for the loaded 2018 Holiday Hoopsgiving. The Legacy Charter forward showed flashes of why he was a top 20 player in the state of Georgia and one of the top overall performers from our 2018 Bob Gibbons Tournament of Champions. He scored 38 points in two games during the event.

The 6-foot-7 forward is an athletic and aggressive combo forward who can be a mismatch at the next level. High-majors should look and mid-major should prioritize.

With the early signing period now in the books, I wanted to point out a commitment that may have not been hyped up in the busy week of decisions but carry weight as one that should have.

The Hoover, Alabama native signed with San Diego last week. I think the 6-foot-2 guard a steal. A major one.

Humphrey is now TaylorMade Academy in Pensacola, Florida. He played with JSI Elite at our Best of the South and was one of the top overall performers at the event. He also held offers from Western Kentucky, Central Florida and Drexel.

His dad, Bobby, was a star running back at Alabama and his brother Marlon is a starting cornerback for the Baltimore Ravens. His mother holds track and field records at UAB.

Humphrey could play right away at USD because the Toreros have four seniors in the starting lineup this season.