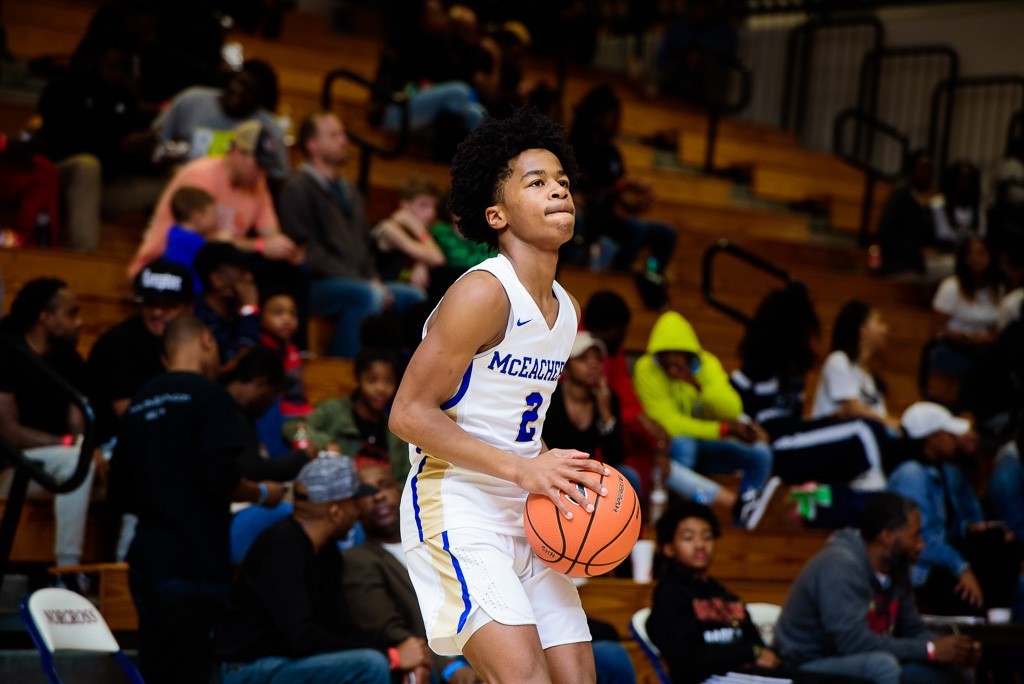 Put on your dancing shoes, kids. The postseason is officially here and we are excited to see how the state tournament brackets all shake out.

• McEachern is a nationally-ranked team and walked through the competition in Georgia? Can they run the table in AAAAAAA this month?

• Will Tift County disrupt the Atlanta narrative again this post-season?

• We saw some tremendous region tournaments, settled by buzzer-beaters. Will the state tournament have the same kind of magic?

Grayson (19-6) vs Berkmar (16-10): Two teams with good guard play square off in a great first round matchup. Led by Travis Anderson (Grayson) and Tony Johnson (Berkmar) expect this one to come down to who can have the fewest mistakes

Milton (16-11) vs Mountain View (21-5): Milton is lead by two young guards Christian Wright and Donoven Hairston while Mountain View has Nahiem Alleyne. Expect some dynamic plays to be made in this one. Whichever team can withstand the other teams inevitably run will walk away with a win.

Campbell (18-9) vs Tift County (20-6): Here are two things we’ve come to expect from both of these teams. 1. Campbell is prepared for a road game like this in the first round. Their schedule is Region 2 is as tough as you’ll find in Georgia. 2. Tift County has the best home court advantage in the first round of any team in AAAAAAA. Both teams will be well-prepared. Both teams are going to empty the tank.

Longest winning streak going into the bracket: 22, Pebblebrook.
Leading scorer, according to MaxPreps, in the bracket: Peachtree Ridge, Devin Vassell 22.3 points per game. Up nine points a game from his junior season, the future Florida State Seminole has been a consistent three level scorer all season.
Biggest Cinderella in the bracket (team with the worst record): Central Gwinnett at 8-16 was the No. 4 seed out of Region 7. They will take on Newton in the opening round.
Best Player in the bracket: McDonald’s All-American EJ Montgomery, Wheeler. The blue blood programs have come out of the woodwork to watch senior forward Montgomery and rightfully so. When discussing the top players in the country he makes everyone's short list.
Junior to Watch: Isaac Okoro, McEachern. One of the top of his class, Isaac is one of the best two way players around. Being college ready as a junior is not a stretch as he's skilled and physical enough to compete at a high level.
Underclassman to Watch: Christian Wright, Milton. Being named the region player of the year while eclipsing the 1,000 point mark is no easy task, especially as a sophomore.

Frank Anselem, Westlake, FR: There is tons of potential in the Westlake big man which is evident after watching only a few possessions. His numbers may not show the value he brings but as a young anchor he has manned the middle well throughout the season. Picking up an offer from the University of Tennessee should get his recruitment rolling soon.

Armani Harris, Newton, JR: The 6-foot-5 forward has played his role well for Newton, finishing every pass delivered to him by UGA commit Ashton Hagans. A non stop motor with athleticism to match, expect Harris to open eyes for those looking for a quality big. Rebounding is a staple of his and he has a skill set that hasn't been on full display.

Kevin Hester, North Cobb, JR: The 6-foot-6 forward was a double-double machine all season and has embraced his role as tough guy. And we love tough guys. Hester has gotten better all season long and a run through the state tournament should help raise his rising profile even more.

Jaxon Etter, Etowah, JR: The Region 4-AAAAAAA Player of the Year helped his Eagles win 23 games this year with his steady and productive play. Never one to shrink in the moment, Etter is a key player for a team that could make some tournament magic over the next couple of weeks.

COLLEGE BOUND PLAYERS IN THE BRACKET