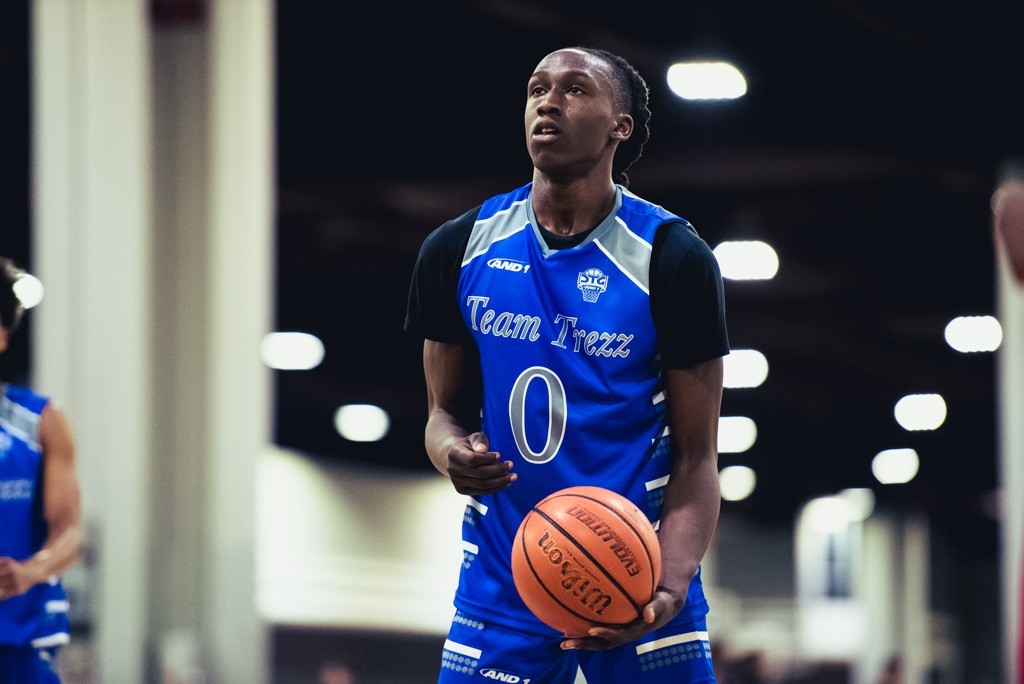 The HoopSeen staff first saw Keishon Porter at The HoopSeen Tip-Off held at the end of March and he instantly stuck out as a player that would play at the next level. The 6-foot-6 slashing guard has seen his stock rise every month since then.

Porter was named to The Best of the South Top Performer team in July and picked up an SEC offer from Texas A&M on the final day of the event. The Aggies joined Radford, Hofstra, UNC-Greensboro, Hampton and UNC-Pembroke as suitors offering scholarships.

Team Trezz Head Coach King tells HoopSeen that Porter is scheduling visits to UNC-Greensboro and Radford at this time.

Schools looking for toughness, scoring from the perimeter and athleticism, Porter is a guy to take another look at.