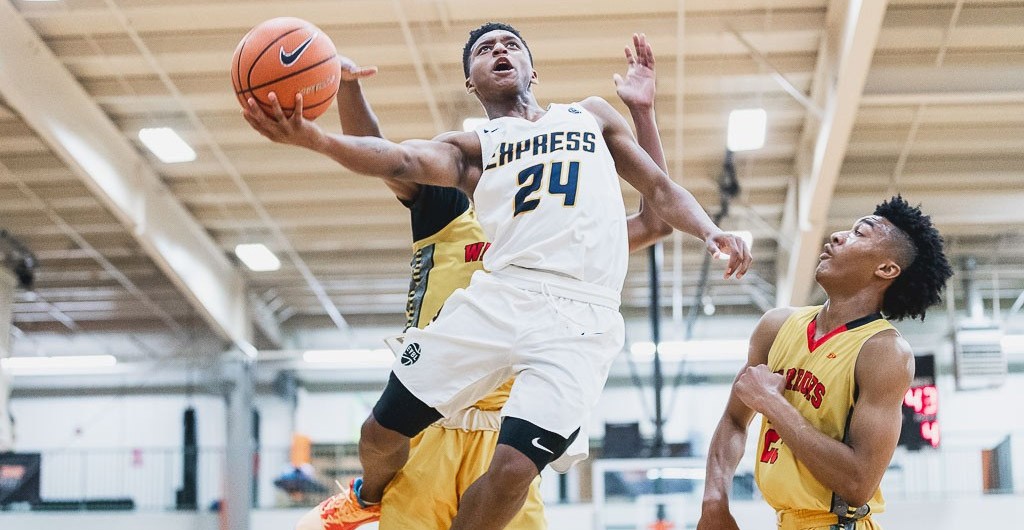 Daeshun Ruffin, the electric point guard from Jackson, Mississippi, was one of the most impressive players our staff saw at The Bob Gibbons Tournament of Champions in May.

And by electric, we mean unguardable.

And by unguardable, we mean he was the single most impressive offensive player we saw on our HoopSeen platform in 2019. That’s why he is our HoopSeen Shoe Circuit Underclassmen of the Year.

With the travel season in the books, we wanted to roll out superlatives for the year. Our HoopSeen team voted for our MVP, top underclassmen and 1st team All-HoopSeen for the shoe-sponsored teams. All of the selections must have played on our HoopSeen stage at some point during the year. Ruffin, a class of 2021 prospect, was the most impressive of the underclassmen.

The sub six-footer from MEBO EYBL 17U dazzled this season. Ruffin thrives on having the ball in his hands and making plays. Whether it was a drive into the lane with an acrobatic finish or breaking his defender(s) down off the dribble and rising up for a contested three, Ruffin did it with ease.

Ruffin is one of the most dynamic scorers in the class of 2021 nationally. He proved that at the Bob Gibbons Tournament of Champions, where he was a no-brainer Super Six selection. Garrett Tucker wrote:

“Hard to guard. That’s what follows 2021 point guard Daeshun Ruffin. The 5-foot-10 scorer was the most challenging guy to guard in the backcourt at Gibbons. With his combination of quickness and athleticism, Ruffin has made his claim as one of the top scorers in the country. He makes tough shots from anywhere on the floor, led by his shooting off the bounce. However, he is a more than capable ball-handler and passer, too. Several high-major schools are already prioritizing him and I would expect that number to grow in the future. He has a chance to be a game-changer at the college level.”

Ruffin, a clone of former Baylor starter Tweety Carter, should put up big points at the next level. For a point of reference, Carter posted 1,437 points in college. Ruffin has the same capability.

But which school will he do it? That’s the question.

He verbally committed to Auburn less than a month ago but has since backed off that commitment. He has other offers from Alabama, Houston, LSU, Ole Miss, Mississippi State and UAB.

Evans SR G Christian Chambers is one of the top seniors in Georgia. He was named Region 3-6A Player of the Year. He's one of the best available players in the Peach State and primed for a big year in the state playoffs. 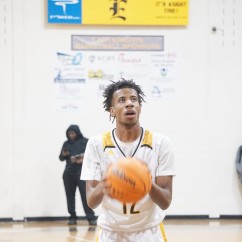 Albany Monroe sophomore Domonik Henderson has been named Region 1-AAA Defensive Player of the Year. He's one of the best players in South Georgia and one of the 25 best sophomores in the Peach State. 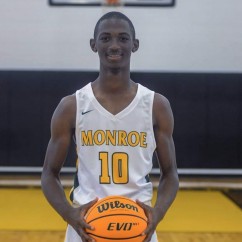 Cross Creek SR wing Kobe Stewart has been named Region 3-4A Player of the Year. The future Presbyterian wing is one of Georgia's best sleepers. We have him ranked in the state but he's due for an uptick at the end of the year. 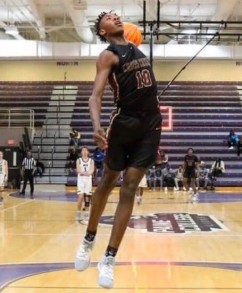 Kell SOPH PG Scoot Henderson has been named Region 7-AAAAA Player of the Year. The high speed guard has emerged as one of the very best players in the state regardless of class. He’s been on of the true trending players in Georgia this season. 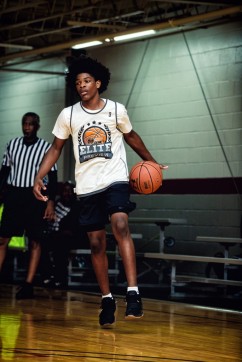 Norcross senior JT Thor has been named Region 7-AAAAAAA Player of the Year. The 6-foot-9 forward has made a big-time impact for the Blue Devils this season. He's also one of the top overall unsigned seniors in the country.

East Coweta senior Chris Youngblood has been named Co-Player of the Year Region 2-AAAAAAA. The Kennesaw State bound wing is one of the best competitors in the country. 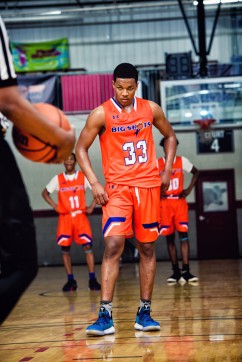