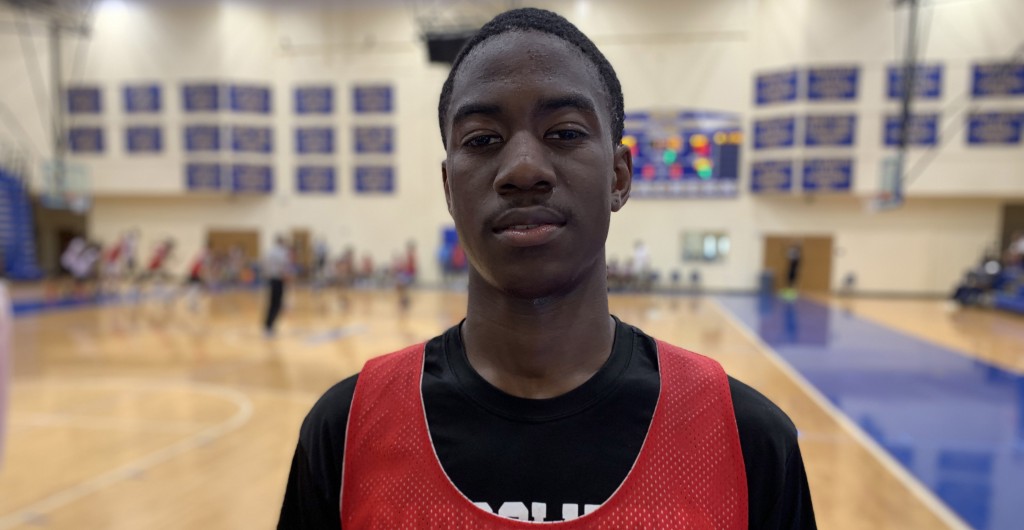 I love tough guys. I love competitors. I love players that just play. And win.

Sign me up for fan clubs of guys who just want to bring it every single game. After a busy month here in the state of Georgia, there were several players who got me excited about their approach.

Dwon Odom. I’ll go to battle with him any day of the week. I’ve been on that bandwagon for quite some time now. The state champ from St. Francis is playing his best and most complete basketball. The Xavier bound point guard was a no-brainer top performer selection from the NBPA Top 100 camp in Charlottesville, Virginia. At the team and top 100 camps back in the Peach State, Odom never let up.

He wants to win. Always. He wants to beat anyone lined up against him. Always.

With a commitment already in line, Odom is just hoopin’. The over-the-shoulder peek back at who is watching him is behind him. There’s no pressure to worry about recruiting. It’s just ball and getting better. Odom is playing as well as any guard in America this summer. And he’ll beat you in the process of his personal growth quest.

If you aren’t an Atlanta area hoop head you probably don’t know much about Melvin Edwards of Carrollton (pictured above). But you will. Maybe not now. Maybe not in February. But you will in a couple years when he’s playing in March and in the middle of the madness.

Edwards is a true blue competitor. He’s wired to win. He’s wired to do whatever it takes. How can you not love a guy who cares only about winning? That’s what pushes him.

He was one of my most favorite guys I saw at the team camp and the top 100 camp. Edwards is a do-whatever-it-takes-to-be-on-the-floor kind of player. What position is he? Who cares? Honestly. You want a guy like him on your roster and you’ll win because he’s on the floor. Well taught in high school and travel ball (Team Forrest), Edwards has value that translates. And he’ll play in the NCAA tournament. You better believe that.

A tenured assistant coach from the SEC and I had a moment at the Top 100 camp last weekend where no one else was around and conversation could flow about players. It was a great chat and one of the first questions he asked “What do you think about Peyton Daniels?”

How could I not light up? Daniels has a fire within that continues to grow. And high-major schools are catching on. The state champ from Tri-Cities is quickly establishing himself as one of the best rip-your-heart-out competitors in the class of 2021. He’s climbing in our state rankings, jumping up to No. 4 overall in the Peach’s junior class. And this is a good class, too.

Daniels has some Colin Sexton flavor in his game. Big shot? No problem. Daniels is taking/making it. Need a stop? He’s got you. Not surprisingly, the high-major offers are starting to roll in for the youngster. He’s earned ‘em.

College coaches looking to learn more about the 2019 Best of the South (July 11-14 at the Georgia World Congress Center in downtown Atlanta) should reach out to Justin Young at jyoung@hoopseen.com.