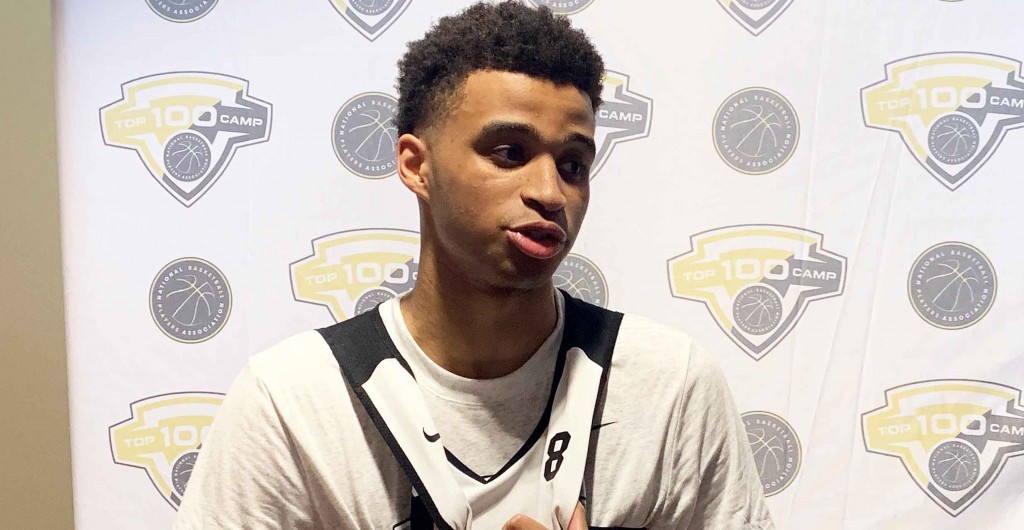 CHARLOTTESVILLE, VA - Our coverage from the 2019 NBPA Top 100 camp came to a close on Friday night. After seeing every player in the camp at least two full games, These players were the very best performers that I saw from the three days of action.

Paolo Banchero, 6-9, PF, 2021, O’Dea (WA)
The big man from Seattle was one of the top overall big men in the entire camp. He dominated his space through the event and was relentless as a scorer and rebounder down low. His efficiency was high when he touched the paint. There was never any push back from defenders when Banchero had the rock. And his skill level allowed him to score as a face-up player, pass to shooters and slashers and be a terrific option in the pick and roll. The five-star forward is one of the best big men in amateur basketball regardless of class. His showing in Charlottesville continued that belief.
Schools involved: Alabama, Memphis, Oklahoma, Vanderbilt, Washington

Dwon Odom, 6-1, PG, 2020, St. Francis (GA)
No one helped their national reputation more at the NBPA Top 100 camp this week than Odom. He was outstanding in Charlottesville. The go-to move for Odom is his powerful and explosive first step. He’s cat-quick like a running back looking for the gap. When he saw light in the tunnel to the rim, the Atlanta area guard burst to the rim and scored at will when he got into the lane. His future head coach Travis Steele is going to love the athleticism and toughness Odom plays with. He’s one of the most competitive and dynamic lead guards in the class nationally.
Schools involved: Committed to Xavier

Day’Ron Sharpe, 6-10, 2020, South Central (NC)
There was Sharpe and then there was everyone else when it came to true big man production. He posted a double-double average over the course of four games. Sharpe was the only player in the field to do such a thing. His strength is his best asset. Naturally strong and undeterred from grabbing boards, Sharpe will come into the ACC as one of the most powerful players in the league. He runs the pick and roll with purpose and plays like a guy who has been in college practices for a couple of years already. We have him No. 17 overall in the class of 2020 nationally. That’s too low. He could even crack our top 10. He’s certainly on our NBA Draft prospect list.
Schools involved: Committed to North Carolina

Jalen Johnson, 6-9, 2020, Nicolet (WI)
There aren’t too many players who have the overall versatility that Johnson has. The 5-star showed all the facets of his game in this setting. After four games, Johnson is posting 14.8 points, 8.8 rebounds, 2 assists, 2 steals and a block a game. He also shot well from deep. Johnson drilled a big game-winning buzzer-beater and was the no-brainer option to take the big shot. We discussed his recruitment HERE.
Schools involved: Arizona, Duke, Kentucky, Wisconsin