2021 PG Carter Whitt proving to be a national recruit 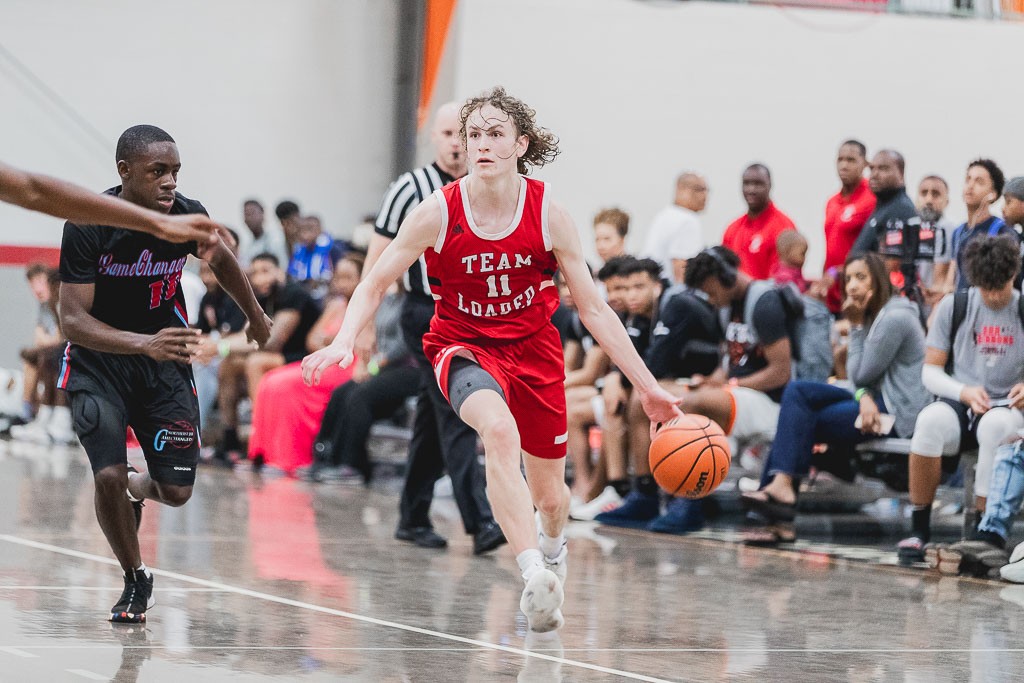 The #4 prospect in HoopSeenNC's 2021 class, Carter Whitt has spent the spring being the floor general for Team Loaded NC while playing on the adidas Gauntlet circuit.

Playing up a division has allowed high-major schools to get a better look at the prospect out of Raleigh, North Carolina who attends Leesville Road High School.

Whitt was named one of the best guards that I have seen this spring from a shoe-sponsored team.

Team Loaded NC made a strong impression on our staff at The Bob Gibbons Tournament of Champions in May at Suwanee Sports Academy.

Since the Bob Gibbons Tournament of Champions schools like North Carolina,  Arizona, Auburn, Purdue, Maryland and Tennessee have all started recruiting Whitt and are making Whitt a priority to see again in July.