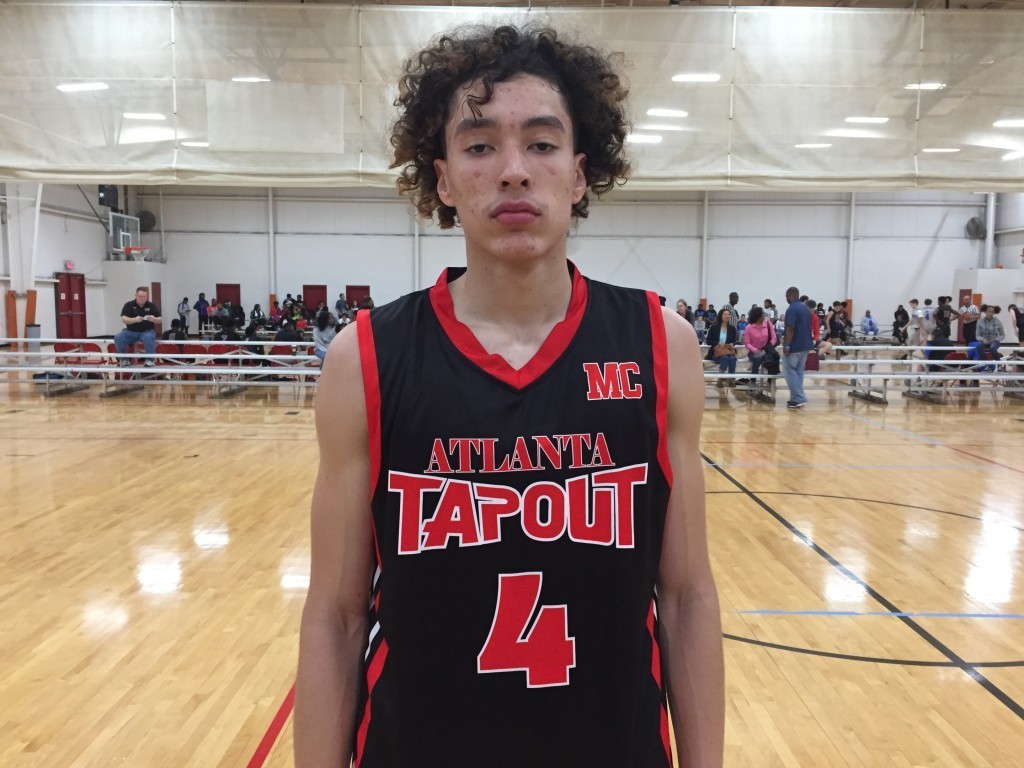 Our Georgia cup circuit hosted top teams from Georgia to Louisiana who all gathered to play for championship gold.
After our cup finals closed the book on this seasons stories, I wanted to look back at just some of the many players and teams that made their mark.
Most impressive player on our cup circuit: Jusuan Holt, Atlanta Tapout Black
Holt was a popular name with our staff all season as his play was one of the more consistent this year. So much of what he brings to the table is hard to find at his position. With size and shot making being so highly sought after, I would expect for Holt first division one offer to come soon into his junior season. A click flip through the scoresheets will show you the impact he had during Atlanta Tapouts 6-0 record en route to a Georgia Cup IV championship. Winning seems to follow Holt as he ended both his high school and cup series with his team atop of the leaderboard. As we dive deeper into our 2021 rankings, Holt looks to be one of the leaders at his position.
Most cohesive team: Atlanta Xpress Hook
Where do I start? This past weekends play at the Georgia Cup Finals was the perfect way to encapsulate the fiber of Atlanta Xpress Hook. From Camerin Lyons game winner to Daryl Rice's standout game, your opinion on the teams most productive player may just depend on which game you watched. What isn't debatable is just how tightly stitched together this group is. A low maintenance approach carried them to a Cup finals championship and while the results weren't favorable, the statement had already been made. Some groups just get it, and the proof shows in their win-loss record.

It's a staggering amount of players that have started their stories at our Georgia Cup circuit over the years. It's as good of a stage as any to get a look at what players have a chance to make their marks in the years to come. Williamson and Cochran are two of the states young prospects that represented their 2023 class well over the spring. Williams has a uniqueness to him that should only get better with time and maturity. As he shifts from being homeschooled to joining the public school ranks, look for him to be a reoccurring name over time.

The story of Bambridge Shockers forward Kelvin Cochran started with some whispers and texts being sent across SSA. It doesn't happen often, but when multiple members of our staff sing the praises of one single player then some homework has to be done. Some variation of " number 22 is showing out for Bainbridge" was echoed throughout and once again, the hype was real. Cochran would dominate the weekend, only slowing down for a few minutes to deal with a minor injury. He's bigger than some of his peers but his game isn't solely reliant on his physical advantages. What will jump out immediately is his skill level, especially from the high post, an area that doesn't always come easy. When looking ahead to that next south Georgia standout, Cochran will be one to track.

Toughest team: Memphis Royals
The catchphrase of "Grit and Grind" is what would come to mind when evaluating the team play of our 17 and under Cup Finals champions. From the opening Friday tip, I knew that it was a strong possibility that the Royals would be the team to beat for those looking to leave with a gold trophy. From their full-court pressure to their tough interior defense, their presence was felt and often wasn't matched. For their first appearance at a HoopSeen event, they made sure to leave a lasting impression
Underclassmen to watch: Kalib Clinton, Team SMASH
Clinton made his mark on our stage with his ability to score from all three levels. This finely tuned offensive weapon had a field day during our first opening Georgia Cup as he would lead Team Smash to gold. With no recruitment to speak of, Clinton proved to be one of the best under the radar prospects that should have an offer sheet in due time.
Best championship game: Dream Elite Orange vs Macon Mavs (Cup IV 12 and under championship)
Chris Cherry and Nick Woodford provided the theatrics in one of our most talked about youth aged championships. Take a quick look back to our Georgia Cup IV Championship.
Tai Young's most impressive teams...
10 and under: Mississippi Young Starz
11 and under: Orlando Team Jayhawks
12 and under: Macons Mavs
13 and under: Warner Robins All-Stars
14 and under: Core 4
15 and under: Atlanta All-Stars
16 and under: Atlanta Tap Out
17 and under: Georgia Kings
Atlanta TapOut (Black)
Swarm
Atlanta Xpress Hook
Double Trouble
94 Feet 2027
Jusaun Holt
Mansir Williamson
Kelvin Cochran
Kalib Clinton