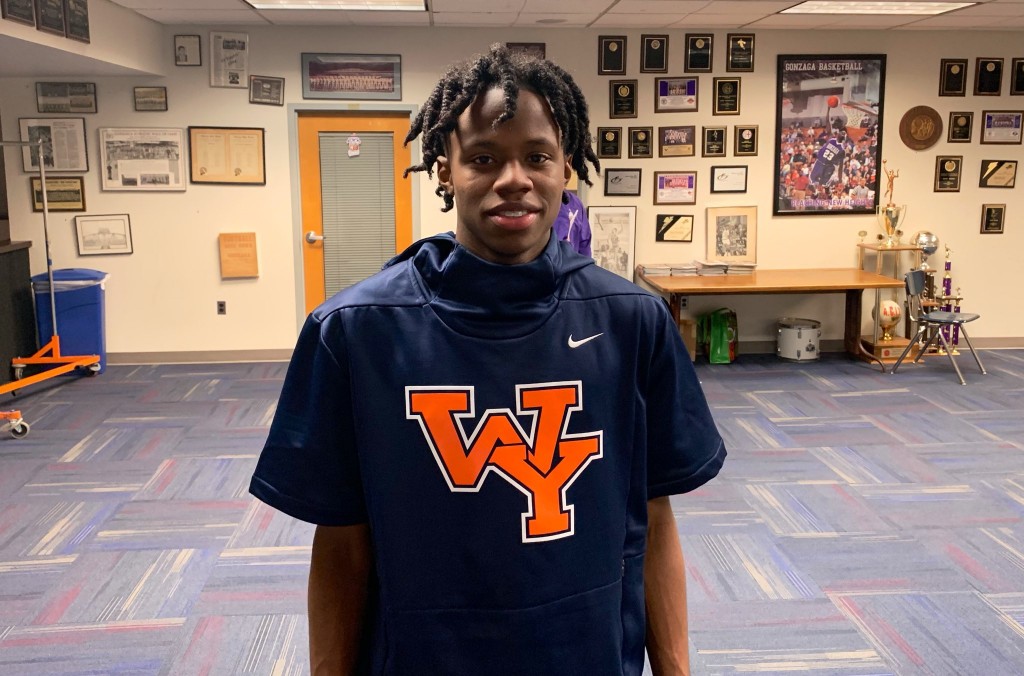 Is the offer wave coming for Chicago junior point guard DJ Steward? Don’t be surprised if the non-regional schools start to take a much deeper look at the Whitney Young floor general.

Steward had a great December. We saw him at the Gonzaga DC Classic and liked what he brought to the table.

His speed, creativity in the open floor and ability to crash the boards from the backcourt caught our eye. We wrote:

DJ Steward, Whitney Young (IL): I’m going to say something that could cause you to read this again. Fair warning here. Steward reminds me a bit of Sacramento Kings point guard De’Aaron Fox at the same stage of their development. Sure, that’s a lofty thing to say about a guy who is outside of the 60 national rankings but there are some traits worth noting here. Steward is long, fast and quick-twitched. He gets to the rim quicker than anyone on the floor just like Fox did and they both do it with long strides to the iron. Steward still has a lot of work to do in order to be in a conversation like this but keep it in mind. He played well in his team’s come-from-behind win over St. Vincent Pallotti (MD), finishing with a game-high 21 points. He also had eight rebounds and four assists.

“This year the goal is just to win. That’s every team’s goal. So, we just want to out there and kill any team that’s in front of us,” Steward told us at the Gonzaga DC Classic. “Coach says good teams always find a way to win.”

What him for a big and you see some flashes of some top-level guards.

“Some people say (I play like) Jamal Crawford because I’m long,” Steward said.

We thought there was a piece of De’Aaron Fox’s game.

“I’ve gotten that, too,” Steward said with a laugh. “I’m a quick guard and I can shoot it well. If my shot isn’t falling, I can get to the free throw line and get my teammates going. I think I’m pretty good with offensive rebounds. Overall, I just want to be a great teammate.”

Texas just offered this week. The Longhorns join a long line of programs that have already offered.