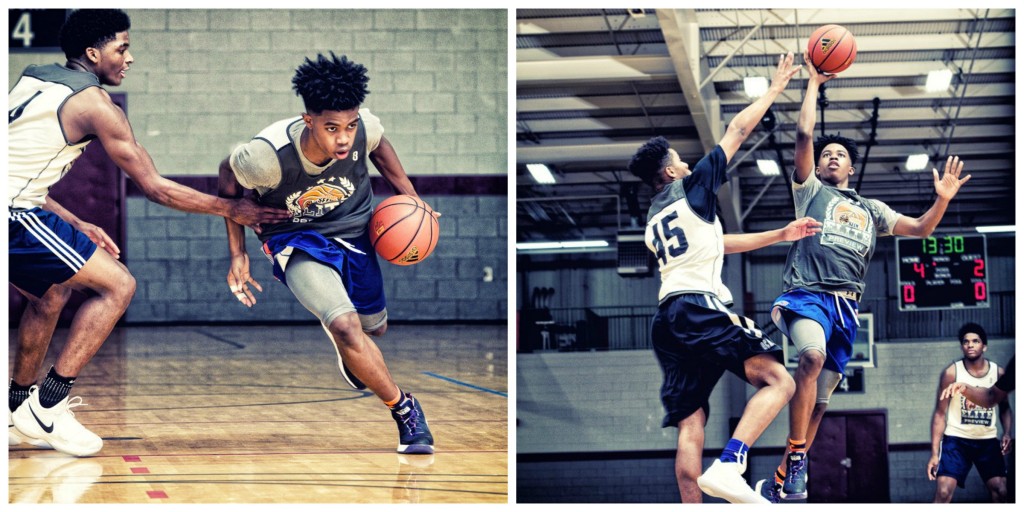 Now that the early signing period is over, the programs that finished their 2019 class have started to roll over the calender. Even the programs looking for immediate help have compiled a list of targets in next years class to pursue. With our recently released 2020 rankings, now is as good a time as any to gain insight into the state's top prospects recruitment. Today, HoopSeen took spoke with the Heritage School guard Kasen Jennings to gain some insight into his recruitment.

Q: What are your current offers as of this moment?

Jennings: The only school that has offered is Arkansas Little Rock

Q: After you got that first offer was there a sigh of relief? What was the first thought that you had?

Jennings: It felt great. Finally.Thats what I was thinking

Q: Despite just having the one offer, I'm sure theyre are others staying in touch. Who are some of those programs.

Q: What is it that Arkansas Little Rock said they liked about your game. And for the programs that are just staying in touch, what have they asked you to work on?

Jennings: The main thing they said is they like is my size at the guard position. The point guard postion. My ability to keep my teammates involved. Seeing plays before it hhaappens. Just as a leader. Deffensively, be a good defender on a team. Just be a team player and know how to win. Things they want me to work, Ive heard a few of them say is be consistent with the mid range shot. In college, teams are going to run me off the three point line so they want me to be consistent in the mid-range.

What has been said: Justin Young had this to say about Jennings at our Georgia Fall Preview.

"A good creator off the bounce, Jennings mixed it up from both guard spots. He can play at various speeds and shined in both transition and half court settings. He does like to leak out and get out into the fastbreak. Jennings showed off a nice shooting touch, too."

Q: Of all the schools you've mentioned so far, who have you been able to pay a visit to?

Q: What was your biggest take away from those experiences?

Jennings: My biggest takeaway from those experiencesis learning the different coaching systems and different play styles that these college programs have.

Q: Is there a specific type of style or system that you believe you can thrive in?

Jennings: Getting shots up, a team that plays fast. A transition team where the offense is just a motion and the players have to make plays.

Q: I'm sure that throughout this process you've received advice from your dad who also doubles as your travel coach with the Atlanta Xpress. What have been some of the things him and others have told you?

Jennings: To stay true to your work ethic no matter what. Keep pushing even if the offers arent coming in. Hard work always shows eventually. Just to trust the whole process even when things arent going how you want them to.

Q: Are there dynamics of the father/son, coach/player relationship that those that havent experienced it dont understand?

Jennings: I understand what he wantes as a coach from his players during the game and what he expects outta me as a player while he is coaching me. He is no longer my father, hes just my coach. He's probably the hardest on me during practice and games cause he wants everyone to know that this isnt daddy ball. He tells Antman to go at me every practice and pick me up full court cause he wants me to be better. I love it cause I know it gets me better. He treats all his players ike they're his sons.

Q: Do you have a timeline in regards to committing to a program, and what are going to be some of the major factors you consider?

Jennings: Senior year is when I plan on committing and my relationship with the coaching staff, playing style, and how much I like the academic side of the school will detemine where I go to school.

Q: As of right now, we have you ranked as #29 ranked prospect in Georgia's 2020 class. What are your thoughts on that ranking.

Jennings: I'm thankful that I'm even on the rankings cause it's many that wish they were ranked in Georgia. I'm just gonna keep working hard to make my way up to #1.