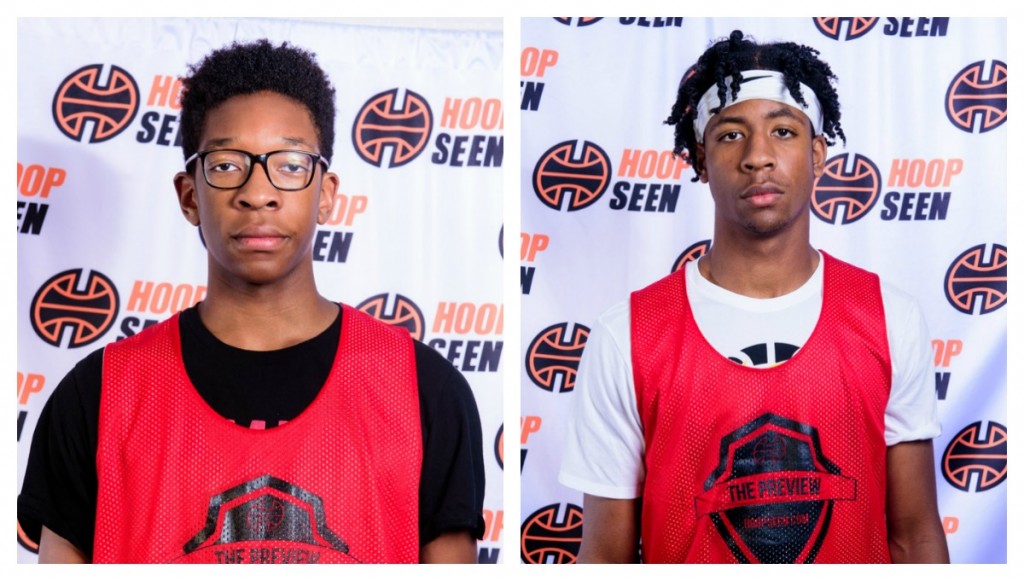 We had a full camp on Sunday for the 2018 Georgia Fall Preview. Each team was balanced with talent, size and grade levels. We begin our team by team evaluations today. Meet Team 8.

Jacobi Coleman, SG, 6-5, Warner Robins, 2019: The middle Georgia wing is a big time athlete with a nice frame. He finishes well at the rim and played an aggressive style of play throughout the day. Coleman is a solid shooter, with a nice  step back fadeaway jumper in his arsenal. He will guard. Don’t be surprised to see him have a big year for Warner Robins this season.

Cannon Harman, SG, 6-3, Hebron Christian, 2021: Simply put, Harman is a nice three-point specialist. He was dialed in from deep throughout the camp.

Kevin Izquierdo, SG, 6-0, Loganville Christian, 2021: When he had a chance to fire off a three-pointer, he did. And he didn’t miss. Izquierdo is an excellent three-point shooter.

Kasen Jennings, SG, 6-4, The Heritage School, 2020: A good creator off the bounce, Jennings mixed it up from both guard spots. He can play at various speeds and shined in both transition and half court settings. He does like to leak out and get out into the fastbreak. Jennings showed off a nice shooting touch, too.

Sterling Johnson, SG, 6-4, King’s Ridge, 2020: Johnson has a nice frame for a wing and did a nice job of playing in the open floor. He’s a solid shooter, stretching his game out to the three-point line. His play is understated and effective.

Jordyn Lilley, SG, 6-3, Northview, 2019: The long armed lefty played with a scorer’s mentality. He liked to get out and run and was one of the fastest players we saw from end to end.

Cole Middleton, PF, 6-6, Pace Academy, 2021: The rough and tough forward was a top performer at the Georgia Fall Preview this year. Read more about his stellar day HERE.

Ryan Mutombo, C, 6-10, Lovett, 2021: Talk about a high ceiling player. He’s ever slowly developing into a go-to interior presence. Just like his NBA Hall of Fame dad, Ryan is a shot alterer. He snatched a ton of boards and played vertically on defense. Although he did shy away from contact at times, he did show off good footwork in the paint. Added strength and just more years playing at the highest of levels will help him grow as an offensive finisher. Where he was a year ago to where he is now is a big gap. Don’t be surprised to see him trajectory continue to rise.

Griffin Neville, SG, 6-2, Cherokee Bluff, 2020: The first note on Neville was this - “he’s sneaky good.” That’s an accurate way of putting it. He is. Neville is fundamentally sound and didn’t force things in the camp setting. He let the game come to him. He made a tough shot in the last game of action over a good contest. Don’t be surprised to see him put together a nice junior campaign this year.